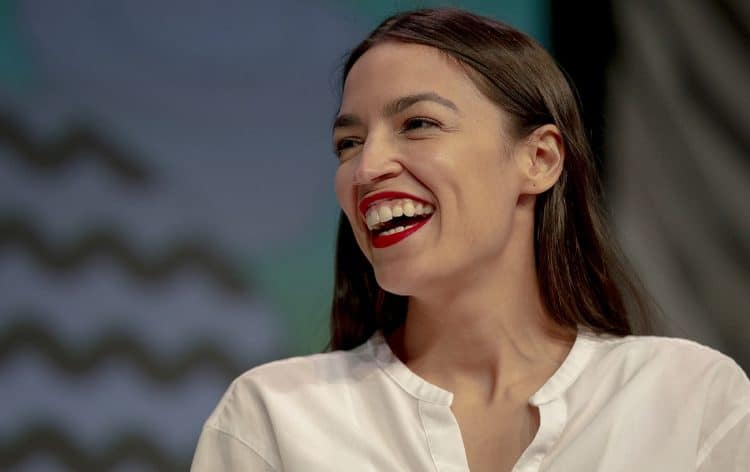 Alexandria Ocasio-Cortez made quite a statement with her 2021 Met Gala look, with the congresswoman arriving on the red carpet in a “tax the rich” gown.

The 31-year-old politician arrived at the Metropolitan Museum of Art for her first-ever Met Gala appearance in a white strapless gown by Brother Vellies, which featured the slogan emblazoned on the back in red.

Ms Ocasio-Cortez paired the bold look with a pair of red lace-up heels and a purse which also read: “Tax the rich.”

On social media many praised her for using the opportunity to send a message while surrounded by some of the most wealthy and influential people in the world.

The medium is the message. pic.twitter.com/b4Ssr6HkYR

And before haters get wild flying off the handle, New York elected officials are routinely invited to and attend the Met due to our responsibilities in overseeing and supporting the city’s cultural institutions for the public. I was one of several in attendance in this evening.🤗

AOC HAVING TAX THE RICH ON HER DRESS IS SO ICONIC FOR THE MET GALA #MetGala2021 pic.twitter.com/4JMrPVSCba

Alexandria Ocasio-Cortez wearing a ‘Tax The Rich’ to the America Themed Met Gala was the content I needed to see today. pic.twitter.com/kbEcJFuVsi

FYI for everyone who is acting like AOC bought a $30K ticket to the Met Gala, she definitely did NOT pay to attend this event. “Most invited celebrities don't pay to attend, according to The Evening Standard.”

And she probably got the dress for free, too https://t.co/hzKD9a963f

Not everyone was keen on what she did though…

US Open champion Emma Raducanu also rubbed shoulders with some of the biggest names in fashion and the celebrity world after scoring an invite to the Met Gala.

The 18-year-old won her first major tournament on Saturday and 48 hours later found herself on a carpet with A-list stars at one of the year’s most exclusive events.

In a sign of her new-found superstardom, Raducanu joined the likes of Kim Kardashian West, Jennifer Lopez and Billie Eilish at the Met Gala, the annual soiree raising funds for the Metropolitan Museum of Art’s Costume Institute.

The Met Gala invitation was just the latest piece of recognition for the teenager’s stunning on-court success.

She said she would frame the letter of congratulations sent to her from the Queen following her US Open triumph, sealed with her victory in the final over another teen, Canadian Leylah Fernandez.

The personal message to Raducanu from the Queen, which was posted on the Royal Family website, read: “I send my congratulations to you on your success in winning the United States Open Tennis Championships.

“It is a remarkable achievement at such a young age, and is testament to your hard work and dedication.

“I have no doubt your outstanding performance, and that of your opponent Leylah Fernandez, will inspire the next generation of tennis players.

“I send my warmest good wishes to you and your many supporters.”