The PM also came a cropper in the international press, which described his latest moves as "barbaric". 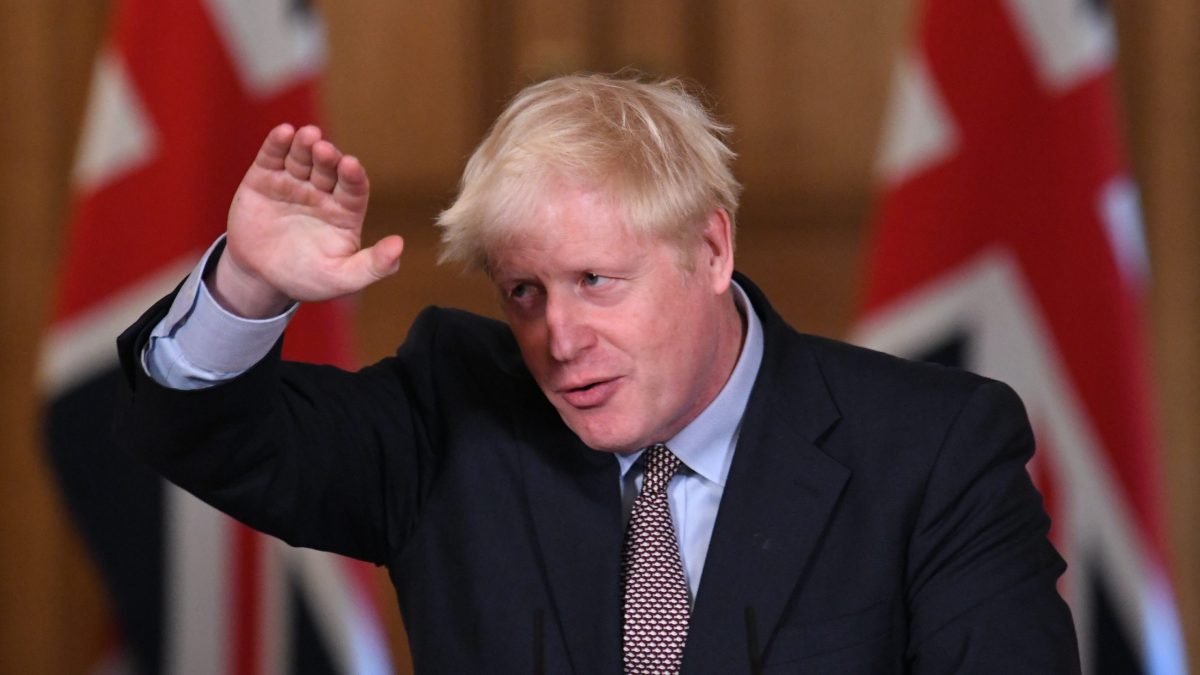 A shameful application for rogue state status, a deliberate step that will destroy Britain’s moral authority on the world stage and harm its position in international trade, and an unsurprising move from a Prime Minister who cannot be trusted.

These are some of the ways the media in Britain and Europe have described Boris Johnson’s decision to tear up the Brexit Withdrawal Agreement he signed only last year.

With talks on a post-Brexit trade deal imperilled after Brussels demanded the UK abandon plans to override key elements of the agreement, most newspapers’ reaction to Mr Johnson’s move, which the Government admits contravenes international law, has been deeply scornful.

An application for rogue state status

The Guardian’s editorial says the Government’s plans “read like an application for rogue state status”.

“By trumpeting its readiness to override some of its treaty obligations towards the European Union, Boris Johnson’s government has cast Britain as a country that does not act in good faith and cannot be trusted to keep its word,” the paper says.

“It subverts the rule of law at home and abroad. It pulls the rug from under Britain’s reputation everywhere from Ireland to Hong Kong, and wherever else people hope they can rely on Britain to play fair.”

The paper calls on Tory MPs – reportedly set to revolt against Mr Johnson over the saga – to ensure Britain complies with the agreement.

“It is time for MPs to reclaim the parliamentary sovereignty that is at the heart of our politics and put a quick end to a shameful episode,” it says.

Guardian columnist Fintan O’Toole writes: “Everybody knows Boris Johnson can lie for England. To his supporters, it was one of his best assets.

“The problem is that congenital mendacity isn’t just for foreigners. If you lie for England, you will also lie to England.

“In openly admitting that it signed the Withdrawal Agreement with the EU in bad faith, Johnson’s Vote Leave Government also implicitly confessed that it lied wholesale to the electorate in last December’s general election.”

The Times asks why Attorney-General Suella Braverman and Justice Secretary Robert Buckland have not yet resigned, since they had a duty to uphold the rule of law.

“The biggest danger,” it says, “is that the Government undermines wider public confidence in the rule of law. That was already being tested, not least by the growing attacks by politicians on the judiciary.

“If even the Government’s own law officers will not defend the rule of law as it is openly flouted, who will?

The Daily Mirror recalls that Mr Johnson told voters last year he had an “oven-ready deal” for Brexit.

It says that, by his “hostile act” this week, he has “poisoned relations with Brussels, degraded the UK’s standing on the world stage and poses a risk to the Good Friday Agreement”.

“Unless there is a last-minute compromise, we are facing the prospect of a damaging no-deal Brexit just as we are starting to recover from the coronavirus lockdown,” it says.

Even the conservative Daily Telegraph strikes a cautionary tone, warning over the perils of a potential trade war emerging from what it calls “a high-stakes move at a key moment in talks aimed at achieving a trade deal by the end of the year”.

“We understand that brinkmanship is de rigueur in EU negotiations,” the paper says, “but a trade war that would follow a complete breakdown would be in no-one’s interest”.

In Europe, Germany’s Der Spiegel magazine says: “A contract is a contract? Not for Boris Johnson.”

Noting that UK chief negotiator David Frost may call for more realism from the EU, the magazine says: “That’s funny. Because on the EU side, we have long been wondering how to stay realistic in the face of a negotiating partner who adjusts reality weekly.”

In France, Liberation sums up the “shocking” move by saying: “The democratic government of a country respected throughout the world for its legal rigour has proposed to include in its national legislation noncompliance with international law.”

The paper adds that the move is not surprising, coming from a Prime Minister who last year “tried to justify the unjustifiable when he illegally suspended parliament”, and who has “repeatedly shown that his reputation, and that of his country, do not bother him”.

Dutch newspaper NRC Handelsblad says the step is in line with Mr Johnson last year demoting MPs who disagreed with him and proroguing parliament, other moves which came under the “beloved chaos theory” he uses to achieve his goals.

Spain’s El Pais said it is not yet clear whether the plan is “just another barbaric negotiating ploy”, but said it has “poisoned the already tense climate” of the withdrawal talks.