Sherrilyn Speid had been at the wheel of her black Range Rover Sport when she came across an Insulate Britain protest near the M25. 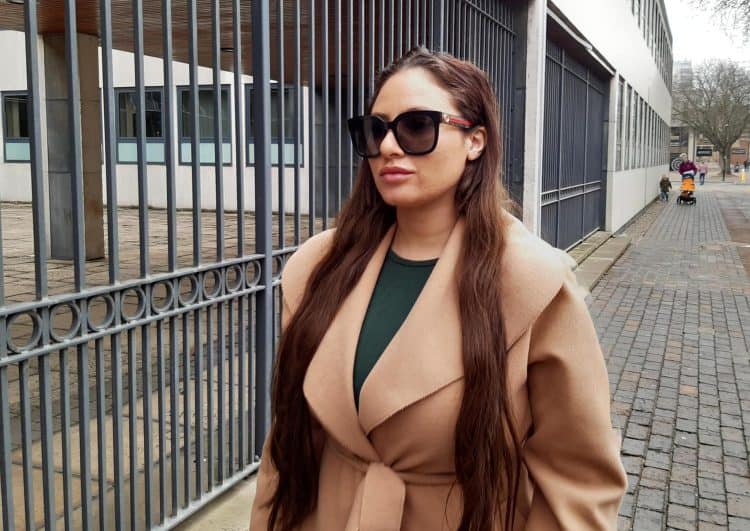 A mother has admitted using her Range Rover to try to move an Insulate Britain protester who was blocking the road while she was on the school run.

Sherrilyn Speid, 35, of Grays, Essex, pleaded guilty to a charge of dangerous driving when she appeared at Southend Magistrates’ Court on Monday.

She had been at the wheel of her black Range Rover Sport when she came across an Insulate Britain protest in Grays at about 8.30am on October 13 2021.

The scene was caught on camera by a passer-by and heavily-bleeped footage was shown in court.

Prosecutor Ashley Petchey said there were three protesters sitting across the road and queues of traffic had built up behind them.

Speid got out of her vehicle and “remonstrated” with the demonstrators, the court heard.

A woman is seen telling the protesters they must “move out of the way now” and “my son needs to go to school and I need to go to work”.

Of the dangerous driving count, Mr Petchey said: “It is not an excessive speed as the driver was using the brakes quite heavily.

“This is done on two occasions.

“The Range Rover stops very close to the female protester.”

Mr Petchey said the dangerous driving meant that injury could have been caused.

He said: “Clearly this was an incident where there was a risk, even if no injury was caused.”

An assault charge against Speid, in which it was alleged that protester Bethany Mogie had been beaten, was dismissed, after the prosecution said it would produce no evidence.

The prosecution said it would ask for £310 in costs and a pre-sentence report was ordered.

Peter Hoche, chairman of the bench, unconditionally bailed Speid to next appear at Basildon Magistrates’ Court on May 6 for sentencing.

He also banned Speid from driving by issuing her with an interim driving disqualification.