Michael Gove referenced the apocalyptic motto of a Game of Thrones zombie army as he warned MPs off a no deal Brexit, insisting that iof they did not vote for Theresa May’s EU withdrawal agreement, “winter is coming.” In a change of tone from Theresa May who told workers in a factory that had been given […] 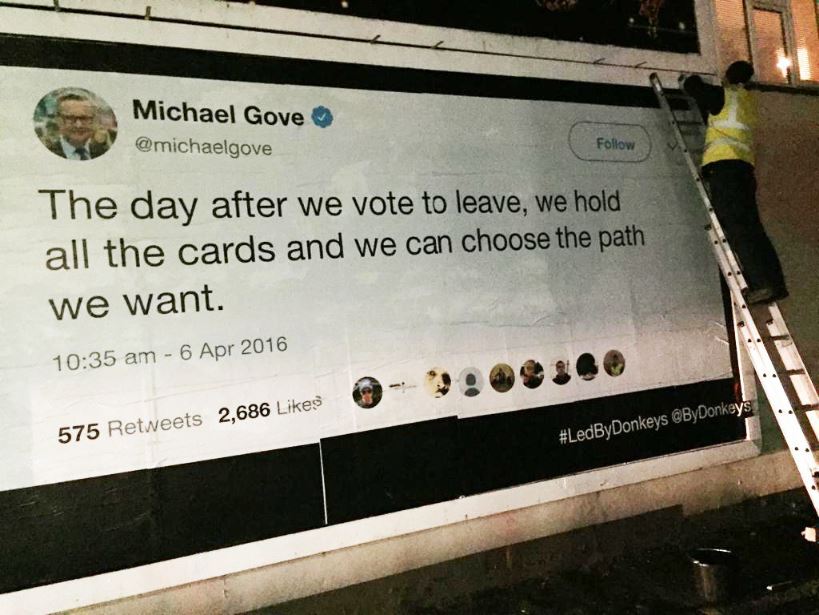 Michael Gove referenced the apocalyptic motto of a Game of Thrones zombie army as he warned MPs off a no deal Brexit, insisting that iof they did not vote for Theresa May’s EU withdrawal agreement, “winter is coming.”

In a change of tone from Theresa May who told workers in a factory that had been given massive EU grants that voting against her deal would mean Brexit might not happen, Brexit cheerleader Gove used an apocalypse metaphor.

“We are in a stronger position in the backstop,” he told BBC’s Today Programme, in a statement many of his Conservative colleagues would not agree with, as it would leave Britain at a major disadvantage in the next part of negotiations after a withdrawal agreement is ratified. The UK would be negotiating trade deals to replace EU membership while stuck obeying EU rules with no say over them to keep Northern Ireland from falling apart.

The PM’s Environment Secretary said Parliament would damage British democracy if it votes against what is seen as a flawed withdrawal agreement by many on both sides of the Brexit debate in a ameaningful Commons vote at 9pm tonight.

“Winter is Coming” is the fantasy Game of Thrones motto of House Stark, whose army of zombie soldiers are hell bent on destroying mankind.

Gove’s words are a stark contrast to the sunny predictions he made during the EU referendum campaign in 2016.

And to remind him of his rash words, mystery pranksters splashed them across a giant poster that appeared in mainly Leave voting Romford on the eve of parliament’s crunch vote.

Back in April 2016, Gove promised: “The day after we vote to leave, we hold all the cards and we can choose the path we want.”

The poster is part of a spate of mysterious billboards spotted trolling politicians with rash promises that they must wish people would forget.

Led By Donkeys say they are “a merry band of concerned citizens” and not affiliated to or involved with any political Brexit groups.

They told The London Economic that they are “just doing our thing after having a conversation down the pub, coming up with the idea and thinking ‘Sod it, let’s just do it.'”