Other victims, who were not in court, mentioned the case of 33-year-old marketing executive Sarah Everard, who was snatched off the street before being raped and murdered by Met Pc Wayne Couzens, 48. 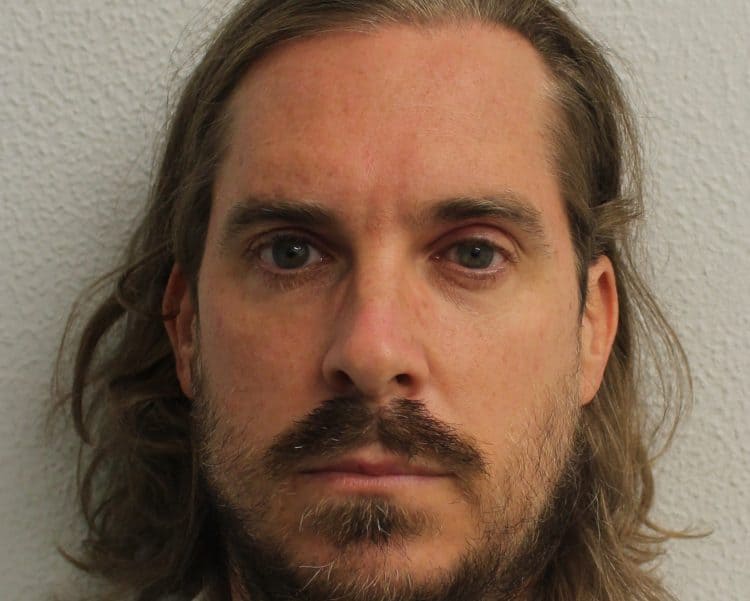 A senior Metropolitan Police officer who used hidden spy cameras to film naked women has been jailed for three years.

Detective Inspector Neil Corbel, 40, posed as an airline pilot to book models for photoshoots before planting the gadgets in hotel rooms, flats and Airbnbs.

The cameras were hidden in everyday items, including tissue boxes, phone chargers, air fresheners, glasses, keys and headphones, to video his unsuspecting victims for up to four hours.

Married father-of-two Corbel, a former counter-terrorism officer, was caught after a model, who had agreed to pose naked for a photo shoot, became suspicious of a digital clock.

An internet search of the brand name revealed the device was a high-end spyware video-recording device which could be controlled from a smartphone.

When he was arrested, Corbel told police he was addicted to pornography and officers found images of 51 women on his hard drive, with 19 victims, including 16 models and three escorts, agreeing to make statements against him.

Corbel, who resigned after being suspended by the Met, where he was attached to the Continuous Policing Improvement Command, pleaded guilty to 19 voyeurism offences at Westminster Magistrates’ Court in September.

Judge Martin Edmunds QC jailed Corbel for a total of three years at Isleworth Crown Court on Friday for the offences across the London, Manchester and Brighton areas between January 2017 and February 2020.

“You used a range of deceptions to induce women to take off their clothes in your presence so you could record videos for your sexual gratification,” he told Corbel.

“You did so using multiple strategically placed covert cameras, sometimes as many as nine.”

The judge said the victims “were entitled to have the personal autonomy” and each had set “clear boundaries”.

“It is clear that you derived satisfaction from breaching those boundaries by committing these offences rather than seeking out persons who might have offered the opportunity to video them without deception,” he continued.

“You did not exploit your police role either to locate or intimidate your victims – rather it was something concealed from them.

“Further, the covert recording devices you used appear to have been readily available to purchase on the internet.

“There is no evidence you used police equipment or specialist police knowledge.

“However, it is clear that the revelation to your victims that you were a serving police officer has for many of them seriously undermined their trust in the police, something for those individuals, given their various lines of work, is a particularly serious matter, just as the revelation of your offending must impact on public trust.”

Three of Corbel’s victims watched on as he was jailed, having faced him in court to read their victim impact statements.

One model, who agreed to pose for a “fashion and artistic nude shoot”, was visibly angry as she told Corbel his crimes had “affected every aspect of my life”.

“I have pulled so much of my hair out with stress I have bald spots and have had to turn down work,” she said, showing her scalp to the court.

Other victims, who were not in court, mentioned the case of 33-year-old marketing executive Sarah Everard, who was snatched off the street before being raped and murdered by Met Pc Wayne Couzens, 48.

“The fact that he is policeman is a huge deal,” said one. “These people are meant to protect us. Following the murder of Sarah Everard this feels like a very frightening time to be a woman.”

“He claimed to be an airline pilot who had an interest in photography,” he said.

“In addition, he also recorded the victims using a mobile phone and DSLR camera with which he was taking still photographs.”

He said Corbel, who had “put people away who would have done terrible harm and caused much bloodshed” during his 13-year career, did not spend police money or commit the offences on police time.

“He crossed the line from addiction that may harm himself to an addiction that caused these criminal offences at a time when he was under acute stress at work,” said Mr Henry.

“It is not an abuse of trust in the actual commission of the offence but obviously his victims found out about it, it would have, in the discovery he was a police officer, naturally undermined their trust and confidence.

Related: Wayne Couzens: Police officers ‘laughed’ at Radio DJ when she reported he exposed himself to her in 2008