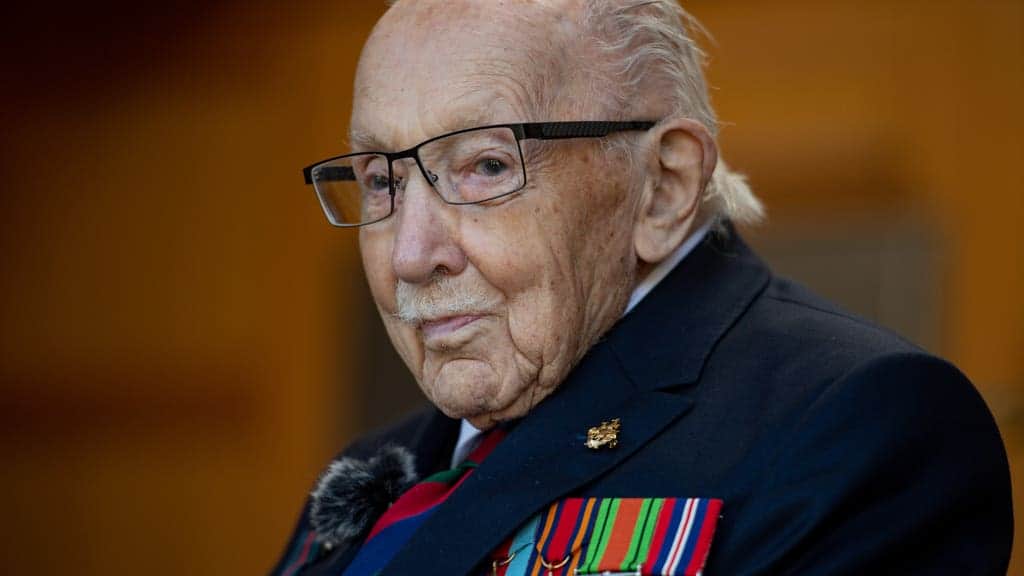 Messages of support have poured in on social media for Captain Sir Tom Moore after the World War II veteran was admitted to hospital with Covid-19.

The 100-year-old charity fundraiser was taken to Bedford Hospital on Sunday after being treated for pneumonia for some time and testing positive for Covid-19 last week.

In a statement posted on the veteran’s Twitter page, his family said: “He was at home with us until today when he needed additional help with his breathing.

“He is being treated in a ward although he is not in ICU.

“The medical care he has received in the last few weeks has been remarkable and we know that the wonderful staff at Bedford Hospital will do all they can to make him comfortable and hopefully return home as soon as possible.

“We understand that everyone will be wishing him well.

“We are of course focussing on my father and will update you when we are able to.”

Capt Sir Tom’s fundraising efforts raised more than £32 million for the NHS, walking 100 laps of his garden before his 100th birthday during the first national lockdown in April.

The veteran set out to raise £1,000 from his lockdown charity challenge but his efforts struck a chord with the nation, and praise and donations flooded in.

In acknowledgement of his efforts, he was knighted by the Queen during a unique open-air ceremony at Windsor Castle in summer 2020.

On social media there has been an outpouring of support. Here’s a pick of the messages so far:

The whole nation hopes you get well soon @captaintommoore. You've been an inspiration to us all throughout this crisis. https://t.co/C4NAB9wSQ6

Willing Captain Tom to recover. He was there for us and the NHS is there for him. https://t.co/Ws9HjYjVHJ

Captain Tom has conquered so many battles during his incredible life. I hope this is just one more. Sending ??? https://t.co/vuX3Vsdayt

The entire nation has its fingers crossed for this remarkable man. Good luck and get well soon Captain Tom pic.twitter.com/DymADjzit3