Women, working class, Black, Asian and minority ethnic (BAME) talent are still chronically under-represented in Britain’s ad industry, an industry worth over £22 billion a year. To redress the balance adland has launched a campaign to attract young talent from under-represented backgrounds to apply for a innovative scheme to serve as a launchpad for talented […] 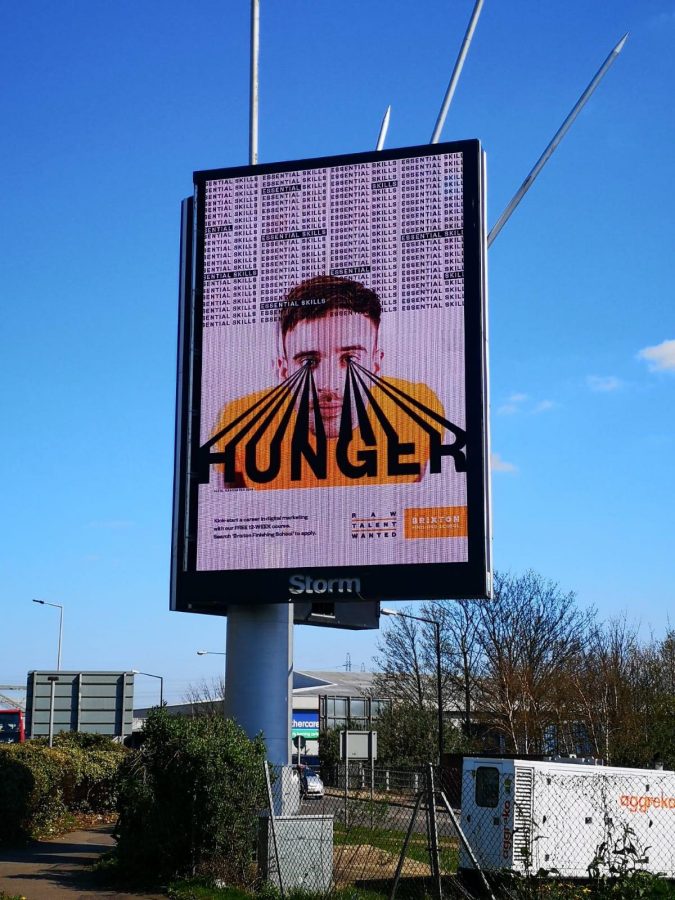 Brixton Finishing School is a free bootcamp to get young talent into the media and digital industries, paid for by the companies who get to hire the hothoused young creatives.

Anyone who fancies the chance to bring their creativity to one of the capital’s top media companies can apply now: https://brixtonfinishingschool.org

Brixton Finishing School is now accepting applications until 8 May 2019 and will run 1 July until 6 September, 2019.

While BAME representation is at an ‘all time high’, still only 13.8% of UK ad agency employees identify as BAME, and just 5.6% of C-Suite execs are from ethnic minority backgrounds. What’s more, whilst female representation is around 52% across agencies, at board level this figure sits at just 32.7%.

Launched in 2018, the Brixton Finishing School (BFS) is the brainchild of former exec at Unruly, MailOnline and Yahoo, Ally Owen, who saw the urgent need to diversify talent in advertising and encourage untapped talent from under represented backgrounds – including BAME, working class,  neuro-diverse, and female – into the industry through training and work experience.

The Brixton Finishing School is free for youth who perhaps cannot afford to pursue a degree, and so would not be taking the graduate route into media and marketing.

Sponsors include some of the biggest names in digital, comms and advertising, including R/GA, Adam & Eve DDB, Rubicon, McCann London, Clear Channel, It’s Pretty Green, Propeller Group and Kinetic – who have each committed to creating an entry-level role especially for graduates of Brixton Finishing School.

Brixton Finishing School’s first ever ad campaign launched this month, created pro bono by agency Brave, and supported with substantial media space donated by Clear Channel across the capital, as well as advertising on Stylist, MailOnline and Metro.

“Brixton Finishing School shouldn’t have to exist. Anyone should have access to the creative industries if they want it. But unfortunately all the stats point towards social mobility getting worse for the first time in decades,” says Drew Haselhurst, Senior Creative at Brave.

“It’s been amazing to get involved with such an important cause and do our small bit to help.”

The eye-catching new ad campaign celebrates the importance of inexperienced and creative young people with a hunger to succeed, flying in the face of attributes that have always created a barrier to entry within advertising for many people including the need for an academic background and work experience.

The colourful ads feature graduates from the 2018 Brixton Finishing School – some of whom have gone on to secure roles at leading companies including Clear Channel, Kinetic and Vizeum Global – and encourages talent to apply now.

As well as securing media and marketing roles at big London firms such as Mediacom, Harvey, Primesight and Tin, one young talent won a scholarship to Brixton’s prestigious School of Communication Arts 2.0  (SCA 2.0), and two BFS graduates are using the skills and confidence gained to set up their own companies.

The SCA 2.0 in Brixton’s trendy The Brix centre hosts the Brixton Finishing School in its premises.

“We want people with a hunger to succeed, potential to do great things and enthusiasm for creativity,” says BFS founder Ally Owen.

“Brixton Finishing School came to be at a time where I felt disillusioned from applying to various roles. Rejection after rejection led back to my lack of degree,” recalls May Ali, 21 from Plaistow, one of the young talents launched into a media career by BFS.

“The biggest take away was learning how to get to school from 10am to 4pm every day and work my part time job from 4pm to 11pm. It was really stressful but I learnt that I could juggle both. Now I work as a Project Manager for Tin and I couldn’t have done it without BFS.”

Adane Murray, 23, from Peckham, South East London, is another graduate of the BFS.

“I met a ridiculous amount of amazing people who were experts in their fields who opened my eyes to the number of roles and opportunities there are through presenting some of their work,” says Adane.

“Throughout the industry days we gained an incredible amount of experience and took on real briefs which would foresee the type of roles that I was interested in, while gaining more contacts that I can count who would aid our journeys throughout the course until we landed in the perfect place.

“I eventually applied for a role within Mediacom that seemed well suited to my interests and career prospects using all the knowledge and experience gained from the course and soon after I got the job!”

Another of the first wave of youth to pass through the BFS is Alfie Singleton from East London.

“I have always considered myself creative and knew I wanted to work in a role that allowed me to explore this. I started looking for jobs in the media and advertising industries but I kept getting rejected because I had no experience at all in the industry,” says Alfie, 25.

“We were taught about networking, building connections and it massively helped with my confidence. Looking back, I think if I’d actually got a job in the industry before attending BFF, I would have had imposter syndrome and not felt as though I was ready at all.

“After I finished the course I applied for jobs and got lots of interviews. I started working in my job that November as a Junior Executive at Kinetic Worldwide and I’ve been able to work on campaigns with massive clients, such as Nike, Unilever and BP.”

Brixton Finishing School is a 12-week digital accelerator that fills the skills gap between education and work for 18 – 25 year olds from marginalised backgrounds and will deliver “work ready” digital talent to the media industry.

There will be living cost bursaries available so as not to exclude those who have an immediate need to earn money, with funds raised by some of the firms hoping to recruit from the pool of young media savvy talent that will come out of the Brixton Finishing School.

Caroline Lee at Clear Channel who together with Brave delivered the BFS’ first ad campaign said: “We are delighted to be supporting Brixton Finishing School’s first ever ad campaign and promote their excellent work in launching careers for the next generation of advertising and media executives. We’re incredibly proud to be sponsors of Brixton Finishing School and are excited to be offering opportunities for graduates to join our Media Executive team, to kick-start a career in our industry.”

“Diversity is something we really believe in at Brave. It’s something the advertising industry certainly needs to get better at, and the work will only improve when we stop doing the same old shit and start tapping into different perspectives,” added Dipesh Mistry, Senior Creative at Brave.