“Who is in charge of deciding where you work from? Your employer? Dominic Cummings? A Daily Mail columnist? or You?” 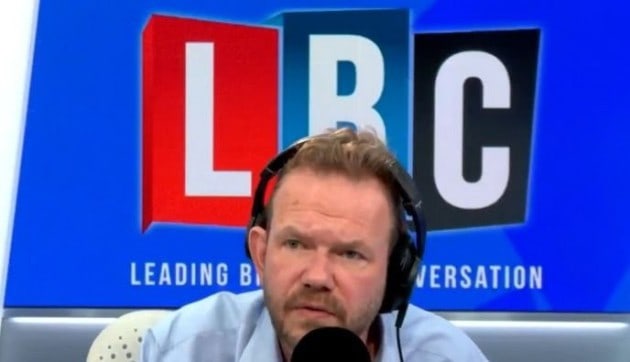 LBC presenter James O’Brien made his thoughts clear on the government trying to get workers back into offices rather than working from home.

He was responding to a Daily Mail survey that found a number of companies would not bring their staff back until the end of the year.

Some, like Google, have said it will be next Summer, to which “most sensible people would go ‘So what?’”, O’Brien said.

“They’ve made a calculation based on their commercial activity that their business is not going to be affected negatively by continuing to keep people at home, therefore they’re not going to risk their workforce’s help.

“And that’s the end of the conversation. Unless you’re doing the bidding of Downing Street, in which case you run a headline saying ‘Giants who have let fear keep UK PLC locked down’.

News of a delayed return has spurred ministers and Tory backbenchers, such as Brexiteer Iain Duncan Smith, to publicly pressure executives to get workers back into the office out of fear companies that rely on their footfall would soon go bust.

Watch: Video slams Minster’s claims NI rise must go ahead to save NHS

Answering critics, O’Brien said: “That’s an irrational fear now is it? So talk me through why I can’t go to Spain without being stuck at home for two weeks, even when I’ve come in from an island where I’ve got a lower risk of catching coronavirus than I have in my own home town. You can’t, can you?”

The radio presenter went on to argue that the government had no right to decide when people had to return to the workplace.

Health officials in Oldham are introducing new restrictions starting immediately after the town reported a spike in coronavirus cases.

The new guidance, announced on Tuesday and to last two weeks, aims to halt the spread of the virus and avoid a local lockdown as seen in Leicester.

The borough’s 235,000 residents are being asked not to have social visitors to their home and to keep two metres apart from friends and family when seeing them outside.

Care homes will not relax the recent lifting of restrictions on visiting and those people who are “shielding” will also be asked to continue to shield for another two weeks from Friday, July 31.

The new moves come after the number of cases of coronavirus in the borough increased over the last week.

Related – Video – ‘In your jim-jams, not doing anything’ reactions as Nick Ferrari demands return to work