It was also revealed that the newfound celeb was involved in the anti-Apartheid Movement. 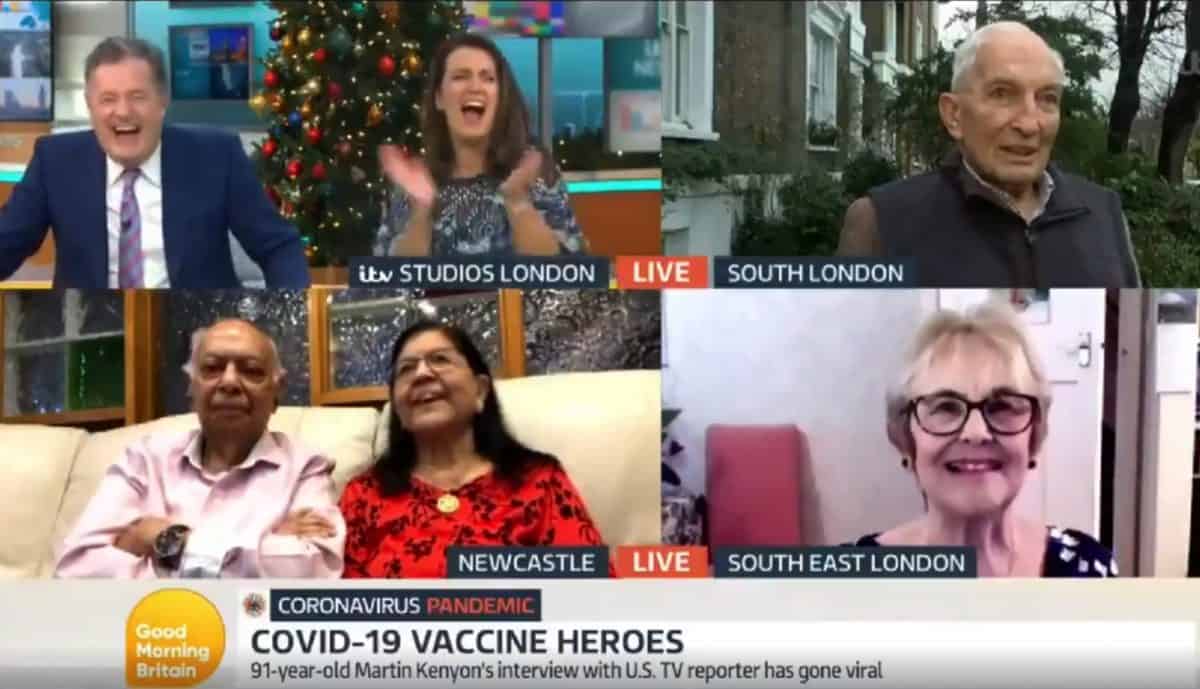 The 91 year-old was one of the first people to get vaccinated against Covid after he phoned up Guy’s Hospital in London on the off chance he might get one.

He took Twitter by storm after being collared by CNN on his way home, going into some detail about his “rather nasty” lunch and problems with parking.

And today he seemed to capture the hearts of the nation once again after making an appearance on GMB.

After doing a bit of digging Morgan revealed that Kenyon was involved in the anti-Apartheid Movement and is actually the godfather to Desmond Tutu’s daughter.

Although he undoubtedly won the day when he fired back: “Now who are you?”

Martin Kenyon – Who are you? ?#GMB pic.twitter.com/xAMbXehFvV