A reveller caught up in the London Bridge terror attack returned to Borough Market as it reopened today – to pay his restaurant bill. Richard Angell, director of the think tank Progress, who also tipped staff at the Arabica Bar and Kitchen, was enjoying a meal there on Saturday June 3rd when the horror unfolded. […] 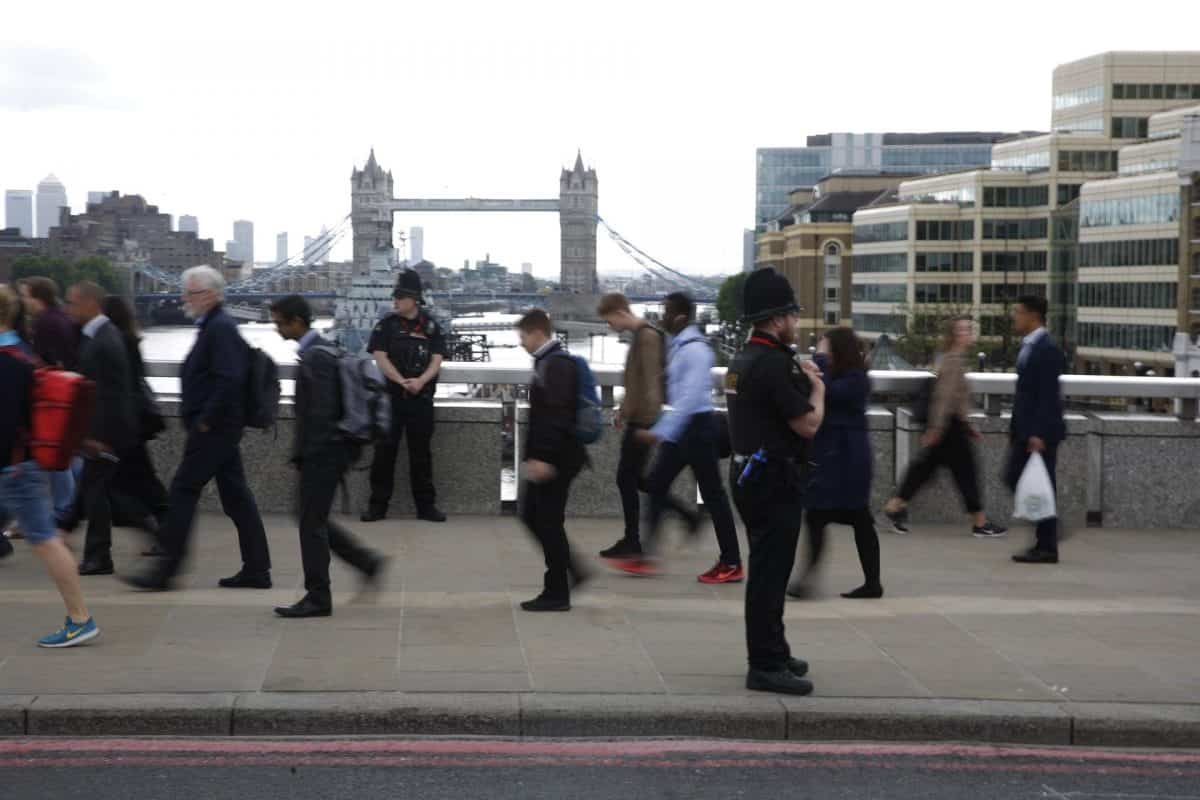 A reveller caught up in the London Bridge terror attack returned to Borough Market as it reopened today – to pay his restaurant bill.

Richard Angell, director of the think tank Progress, who also tipped staff at the Arabica Bar and Kitchen, was enjoying a meal there on Saturday June 3rd when the horror unfolded.

Mr Angell, 33, who has launched a campaign called #TipLondon, to raise money for the affected businesses, said it was “emotional” to see the “brave” staff at the venue again.

He said: “I was in the Arabica restaurant with three friends, having a gorgeous meal and a lovely evening.

“Suddenly I became aware the brave security staff were telling us to lock the door and duck and cover.

“Clearly, we were in the middle of an awful terrorist attack that was unfolding around us.

“One of the chefs put his foot in the door, and held the door close, to stop those terrible people entering the restaurant.

“To pay tribute to him, to his colleagues who thought about their customers before themselves, we are launching #TipLondon.

“Where we are trying to raise the money for the lost tips over the 11 days, when the bars and restaurants were closed.

“When I was a waiter, my salary paid for my basics, and the tips covered a beer or two on the few nights off.

“I wanted those people to not go without because of the acts of three cowardly people, to show that London is stronger and defiant.”

He said 15 per cent of what is raised is going to the charity Mind Blue Light, which supports 999 first responders who witness trauma, and the Samaritans.

Reflecting on how it felt to be back, Mr Angell, who lives in Barkingside, east London, said: “Mixed feelings, if I am honest.

“Remembering some of what happened is still very real. Seeing the staff who were so brave is really quite emotional.

“But showing that life will go on, and we will beat these terrible people is London at its best.

“They attacked our democracy in polling week, our pluralism, our unity.

“And I think we have shown they have not won.”

He said he paid a visit to the restaurant, adding: “They are keen to get on with the job, to go back to life as usual.”