The 24-year-old was arrested on suspicion of criminal damage and has been released under investigation. 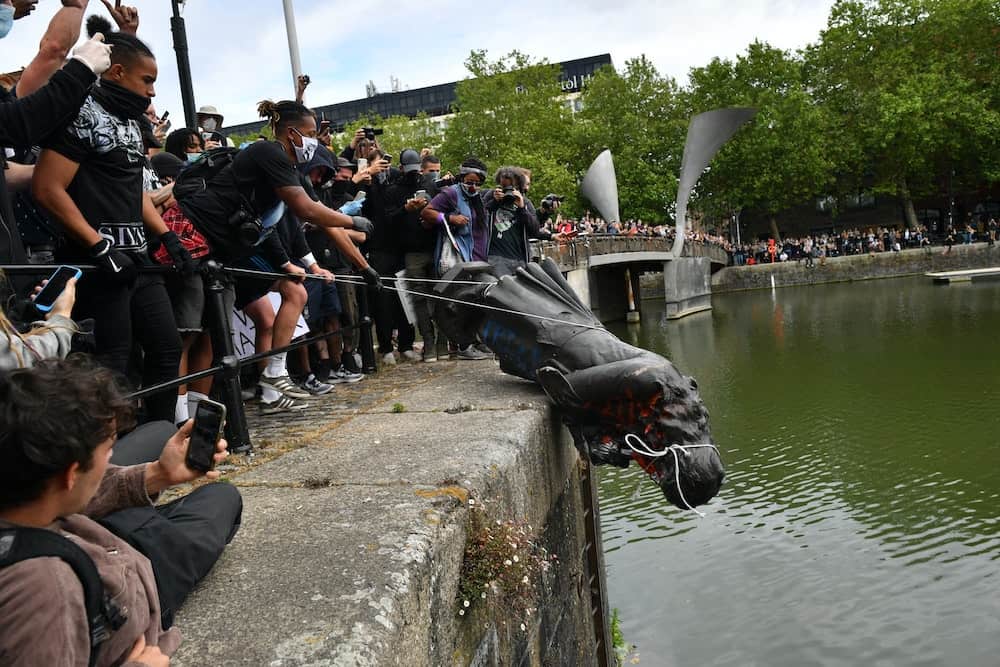 A 24-year-old man has been arrested in connection with the toppling of the statue of slave trader Edward Colston in Bristol last month.

The bronze memorial to the 17th Century slave merchant was pulled down during a Black Lives Matter protest on June 7 and later dumped in Bristol harbour.

No arrests were made at the time but Avon and Somerset Police subsequently released 15 images of people they wished to speak to after reviewing footage of the statue being pulled down with ropes.

The force said on Monday the 24-year-old had been arrested on suspicion of criminal damage and has since been released under investigation.

The statue had been in the city centre since 1895.

After it was toppled, it was thrown in the water near Pero’s Bridge – named in honour of an enslaved man.

The council has since retrieved the statue, which will now be displayed in a museum along with placards from the Black Lives Matter protest.

Detective Superintendent Liz Hughes said in an appeal on June 22: “The incident attracted worldwide attention and there’s no denying it has polarised public opinion – but in the eyes of the law a crime has been committed and we’re duty-bound to investigate this without fear or favour.

“I’d like to reassure people we’re carrying out a thorough, fair and proportionate investigation and have sought early investigative advice from the Crown Prosecution Service.”

The investigation is still ongoing, Avon and Somerset Police said.

Anyone with information is asked to contact the force on 101, providing the reference number 5220123926, or anonymously via the charity Crimestoppers.