Lung cancer is the third most common cancer in the UK and kills more than 35,000 people every year. The UK currently lags at the bottom of an international league table for five-year survival, with just 13 per cent of people with lung cancer still alive five years after diagnosis. 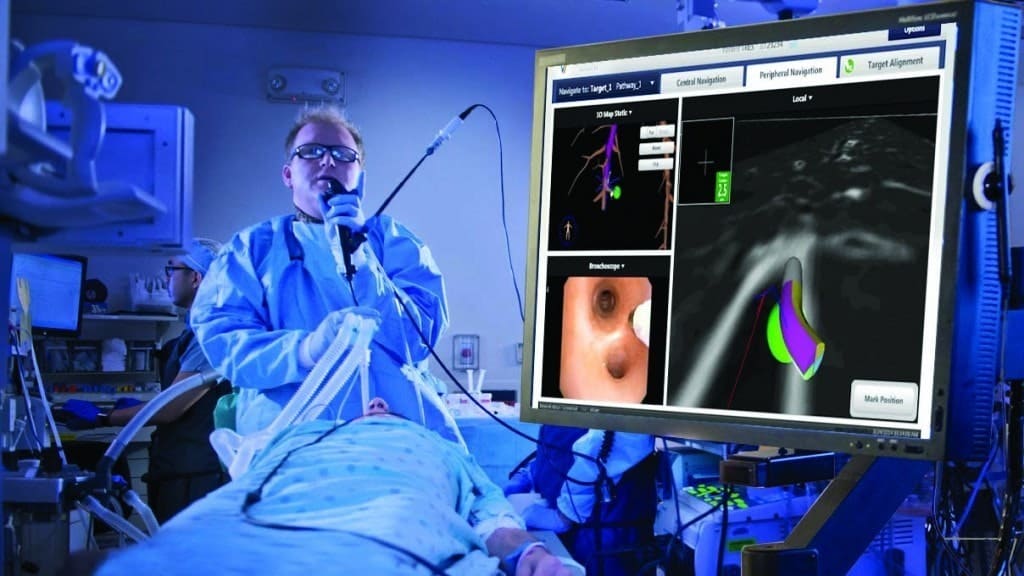 GPs are being urged to consider shortness of breath and a cough as potential predictors of lung cancer because they are becoming more common as the first symptom in diagnosis, a study suggests.

Lung cancer is the leading cause of cancer deaths in the UK. Britain currently lags at the bottom of an international league table for five-year survival, with just around 13 per cent of people with lung cancer still alive five years after diagnosis.

Researchers examined 27,795 records of adults who were diagnosed with lung cancer between 2000 and 2017 at more than 600 UK GP practices to try to establish which symptoms patients present first to their doctor.

The team found an increase in both cough and shortness of breath as the first symptom patients reported when they went on to be diagnosed with lung cancer.

They found a decrease in patients who reported the first symptom to be coughing up blood, or loss of appetite, generally regarded as the headline symptom of lung cancer.

The study, which was funded by Cancer Research UK and supported by the National Institute for Health Research, was led by the University of Exeter Medical School.

“Our paper shows a rapid change in the first symptom doctors are seeing. That’s probably not caused by any change in basic biology, it’s more likely to be down to earlier detection.

“It means teaching must change — clinicians must be alert to the risks of cough and shortness of breath.”

Sara Hiom, director of early diagnosis at Cancer Research UK, said: “This important study indicates that people are now going to the doctor about different symptoms of lung cancer, such as cough and shortness of breath, possibly because of awareness campaigns in the past.

“Most people with these symptoms will not have lung cancer, but it’s well worth letting your GP decide if you need tests – because if it is cancer, a prompt diagnosis and speedy treatment make all the difference.

“And although smoking makes it much more likely, remember that non-smokers can have lung cancer too.”

– The study, Changes in the presenting symptoms of lung cancer from 2000 to 2017: a serial cross-sectional study of observational records in UK primary care, is published in the British Journal of General Practice.

Lung cancer is the third most common cancer in the UK and kills more than 35,000 people every year. Almost half of people in the UK (48 per cent) are diagnosed when their cancer is already at an advanced stage.

Patients with lung cancer are at the mercy of “woefully poor” NHS equipment, according to a study by the UK Lung Cancer Coalition (UKLCC). The UKLCC have warned there are not enough scanners or staff to operate them, putting the NHS far behind other European countries, including France, Germany and Spain.

Experts behind the study also said a simple admin job could double the number of patients treated quickly but local cancer networks are struggling to fund the position.

In 2017, a National Optimal Lung Cancer Pathway (NOLCP) was introduced to speed up diagnosis and treatment. One of the aims is to cut the time from a patient being referred to receiving their first treatment from 62 to 49 days.

However, securing funding for the role remains “challenging”, according to interviews among 17 of the 19 regional cancer alliances.

Professor Mick Peake, chairman of the UKLCC’s clinical advisory group, said employing a patient pathway navigator at a cost of around £20,000 to £25,000 a year is a “no-brainer”.

He said: “Our report highlights that appointing an administrator to manage the lung cancer pathway, which involves no clinical knowledge, is one of the important ways we can speed up the patient’s journey and improve lung cancer survival. It’s an absolute no-brainer.”

The report also calls for radiologists to directly refer patients with suspicious chest X-rays for immediate further investigation – rather than returning them to the patient’s GP for next steps. The UKLCC is made up of senior NHS lung cancer doctors, charities and health firms.

A Department of Health and Social Care spokesman said: “Cancer survival rates are at a record high and we’re driving millions into effective diagnosis and screening – but want to save even more lives.”

“We recently announced £200 million for new state-of-the-art diagnostic machines to improve the quality and speed of cancer diagnosis, and through our NHS Long Term Plan we will detect more cancers at an earlier stage, saving an estimated 55,000 lives a year.

“Alongside this, the record £33.9 billion extra a year we’re investing in our NHS will help support the health service in recruiting the staff it needs for the future.”