Loan sharks are pushing vulnerable families into homelessness according to a campaign launched to raise awareness about the dangers associated with borrowing from illegal lenders. New figures from the Department for Communities and Local Government show there has been a 16 per cent increase of people sleeping rough on England’s streets compared to last year. Outside London, the number […] 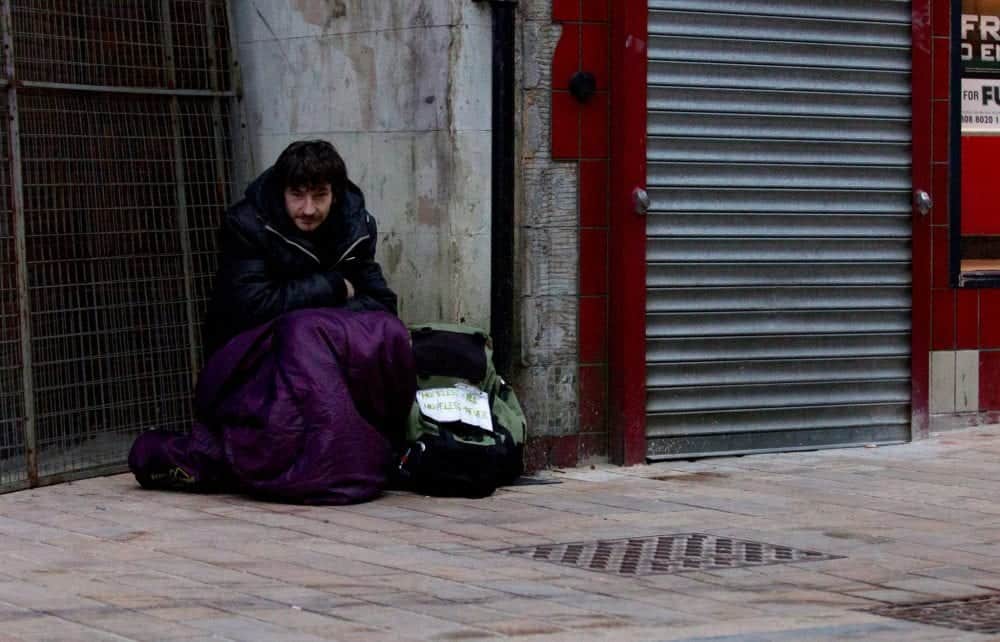 Loan sharks are pushing vulnerable families into homelessness according to a campaign launched to raise awareness about the dangers associated with borrowing from illegal lenders.

New figures from the Department for Communities and Local Government show there has been a 16 per cent increase of people sleeping rough on England’s streets compared to last year.

Outside London, the number of people on the streets rose 20 per cent, whereas in the capital it was three per cent. The homelessness charity Crisis said it was rising at an “appalling rate”.

A campaign has been launched to warn of the dangers of illegal lenders after a man was jailed for fleecing over £200,000 out of families.

Ian Kevin Carroll, from Gillingham, Kent, was jailed in September for fleecing at least 71 vulnerable people out of £200,000 with his criminal interest rates. He had issued loans over three years, demanding his “customers” pay at least double what they had borrowed. The Bishop of Dover says hundreds of loan sharks could be operating across Kent, and that urgent action needs to be taken to protect vulnerable families.

The Right Rev Trevor Willmott said: “If we could do something about illegal loan sharks it would contribute immensely to meeting some of the questions that surround homelessness.

“When people fall into the clutches of a loan shark inevitably there are challenges in terms of their ability to pay debt and they get trapped in a process where they owe more and more and sometimes then find themselves evicted because they can’t pay their rent.

“Many people who are in debt to loan sharks think of them as being their friend because they have offered them immediate help. They don’t realise the consequences of accepting such monies with the exorbitant interest rates which usually follow.” Experts say there are no exact figures for how many loan sharks are operating in Kent, due to the lack of documentation they keep about those they lend money to.

Bishop Willmott has backed a new campaign, launched in Swale, to raise awareness about the dangers associated with borrowing from illegal lenders.

“One of our pieces of work at the moment is to try and give confidence to people who are trapped in loan shark debt to have the confidence to come and talk. I think it is a much bigger and much more hidden problem than we have recognised so far.” The England Illegal Money Lending Team works with Trading Standards authorities across the country to crack down on loan sharks. It estimates 310,000 households are affected by the problem and has helped more than 26,500 victims to write off £71.5 million worth of illegal debt in the last 13 years, securing 370 prosecutions.

One organisation committed to helping combat the problem is the Maidstone-based Kent Savers Credit Union.

He said: “When you go to a loan shark it all seems quite innocent at first, it is only when you miss a payment that things start to get violent.

“It is important people know we are there help. We have been going for six years and we are constantly growing. We are up to 3,000 members and in the next 18 months we expect that to be up to 4,000 as more people get to hear about us.”