Jonathan Brearley said the UK has "one of the most secure and resilient" gas and electricity supply networks after he was plunged into darkness. 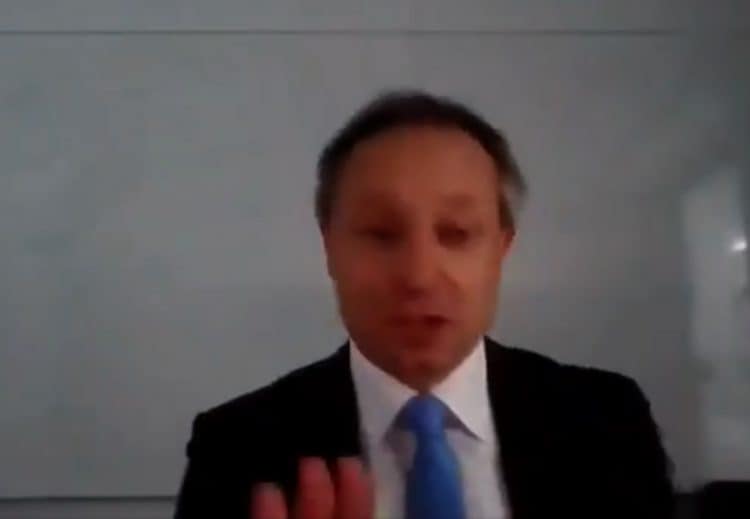 The lights in the office of Ofgem’s CEO comically turned off as he gave reassurance to Brits over the looming gas crisis.

Jonathan Brearley was plunged into darkness as he gave evidence to the Commons select committee earlier.

He had been trying to reassure MPs that the UK has “one of the most secure and resilient” gas and electricity supply networks, amid fears of potential energy shortages over the winter.

But before he was able to tell people the lights will stay on, his lights went off!

Mr Brearley said his temporary outage was in no way connected to the rise in energy costs, but instead an automatic sensor has turned the lights off because he hadn’t been moving about enough.

During his appearance in front of MPs on the Business, Energy and Industrial Strategy Select Committee, he warned ‘well above’ hundreds of thousands of customers may be left in limbo as their energy supplier goes bust in coming months.

Jonathan Brearley declined to give an estimate of the exact number of customers who may be affected.

He said: “We do expect a large number of customers to be affected, we’ve already seen hundreds of thousands of customers affected, that may well go well above that.