“We went to a march where the Government lives and we saw how many people were there for Palestine." 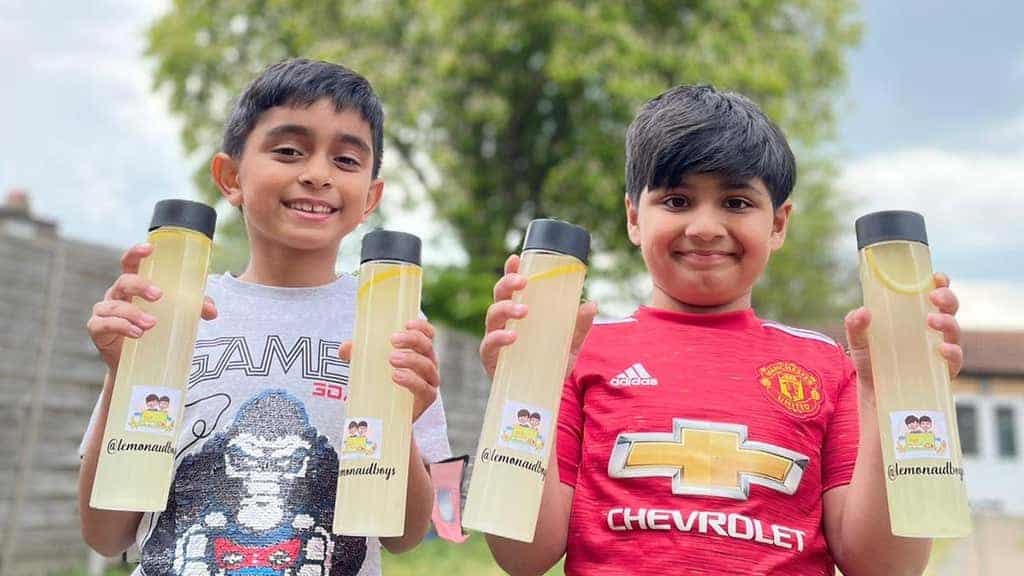 Two seven-year-old boys who raised more than £100,000 for charity by making lemonade are now looking to replicate their success with a venture for victims of the Gaza conflict.

Best friends Ayaan Moosa and Mikaeel Ishaaq set up their homemade lemonade initiative – dubbed “Lemonade for Yemen-Aid” – last year to raise money for the people of Yemen and soon went viral around the world.

The pair sell food and drink – including their own juice – from their stand in Seven Kings, east London, and also appeal for donations online.

Their efforts have recently been recognised with a Rotary Young Citizen Award while the pair also received gold Blue Peter badges and messages of support from footballers Bruno Fernandes of Manchester United and David Luiz of Arsenal.

The campaign even saw film star Angelina Jolie surprise them with a donation and a personal letter to thank them for their work.

Ayaan’s mother Adeela Moosa said she has received messages from other parents whose children have been inspired by the boys.

“It’s really amazing that these two seven-year-olds have managed to inspire all these other kids and adults,” she told PA.

“Even adults are saying, ‘gosh, if they’re doing this kind of stuff, we should be as well’.

“They’re really passionate about what they’re doing. It’s not just for fun, it’s not just to set up a lemonade stand and have a laugh.

“They know the importance of what they’re doing”

“They know the importance of what they’re doing – we’re so proud of them.

“We’ve been speaking with a drinks manufacturer who think it’s an amazing concept.

“(They are) putting together some drinks for the boys to taste and hopefully get some cans ready.

“We’re hoping to put that to supermarkets to say, ‘this is our brand, this is our story’, (with) probably all the profit going towards our charitable causes.

“Can you imagine if two seven-year-olds can manage to achieve that?”

Following their success, Ayaan and Mikaeel have now set up an emergency campaign for victims of the conflict in Gaza after the events of recent weeks.

“It’s really important because in the war people’s houses have been blowing up (and) people have been injured.”

“We went to a march where the Government lives and we saw how many people were there for Palestine,” Mikaeel said,

The boys said they would like to be footballers as well as campaigners when they grow up, and said they need the public’s support to make a difference.

“We can’t just do this on our own, because we are just two little kids,” said Ayaan.

“We can’t just raise more than a trillion or quadrillion pounds. We have to have help from other people.”