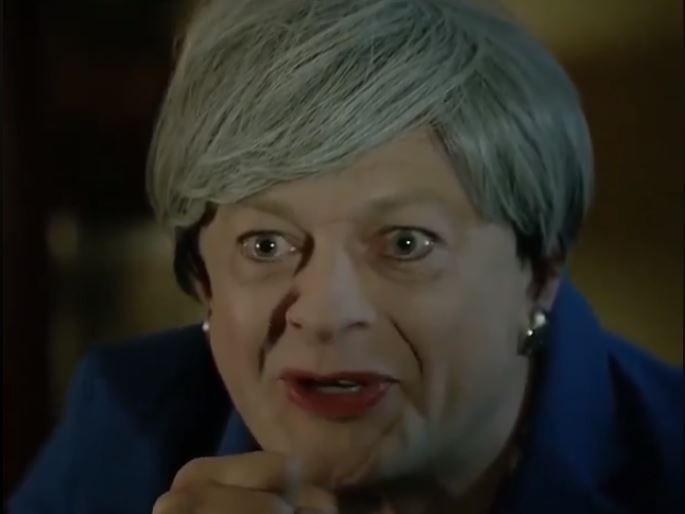 As Theresa May’s grip on power looks more weak and wobbly than ever, conflicting reports coming from Westminster on whether parliament’s meaningful vote on her Brexit agreement will go ahead or not on Tuesday, Andy Serkis dropped this brilliant video titled “LEAKED: Footage from Inside No. 10 Downing Street!”

The Hollywood legend used the acting and animation genius that made his Gollum performance in Lord of the Rings movies so memorable to devastating effect in this short clip.

And just as Gollum and Smeagol wrestle with each other, the malevolant and benign personalities vying for control withing one person, the British actor and director acts out the conflicts wracking our Prime Minister.

“No, it hurts the people – makes them poorer,” warns the Smeagol battling within May.