Let's make sure it doesn't get missed. 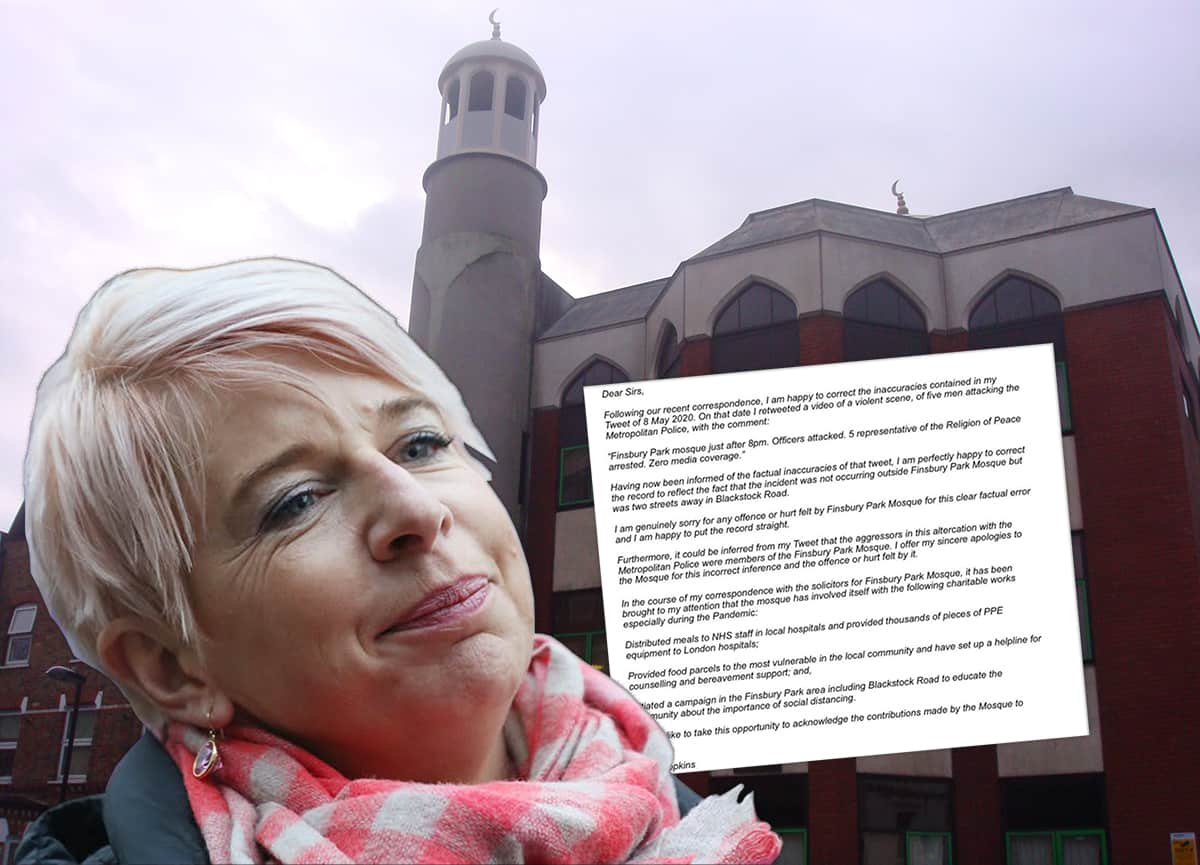 Katie Hopkins sneakily issued an apology to the Finsbury Park mosque at midnight last night after falsely linking its members to attacks on police in May.

Although she deleted the tweet, the mosque was told by Hopkins that she would be unable to pay damages if she lost in court, having already applied for insolvency in 2018 after losing a costly libel case to the food writer Jack Monroe.

The mosque then pressed for an apology, which came in the late hours of last night.

“Furthermore, it could be inferred from my tweet that the aggressors in the altercation with the Metropolitan police were members of the Finsbury Park mosque. I offer my sincere apologies to the Mosque for this incorrect inference and the offence or hurt caused by it,” Hopkins added.

She also posted the charitable works been carried out by the mosque, especially during the pandemic.

Replying, Finsbury Park mosque said they welcome the apology and reiterated its focal role of establishing harmony, positive relationships and prosperous networks throughout the area of London.