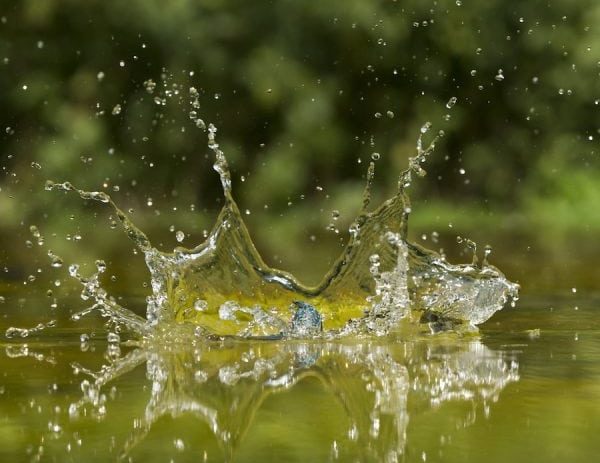 This truly amazing set of pictures shows the iconic kingfisher's dive for food in a Suffolk river. See National story NNKINGFISH; It is the result of hundreds of attempts by wildlife snapper Vince Burton to capture what to the naked eye is a flash of blue and orange followed by a splash. Vince, 40, has spent thousands of hours observing kingfishers in the wild attempting to photograph the entire dive sequence. And after years of trying, he has managed the perfect shoot. Vince, from Norfolk, said: "Kingfishers are one of my favourite subjects to photograph. I shall never grow tired of watching these birds.

Just one in three of the world’s longest rivers remain free-flowing due to a surge in dams and reservoirs, warns a new study.

Researchers say that the first ever global assessment of the location and extent of the planet’s remaining free-flowing rivers highlights severe “degradation”.

Only 37 per cent of the world’s 242 longest rivers remain free-flowing, according to the findings published in the journal Nature.

Dams and reservoirs are drastically reducing the diverse benefits that healthy rivers provide to people and nature across the globe, warns the report.

A team of 34 international researchers assessed the connectivity status of around 7.5 million miles of rivers worldwide, providing the first global assessment of the location and extent of the planet’s remaining free-flowing rivers.

The researchers determined only 21 of the world’s 91 rivers longer than 600 miles that originally flowed to the ocean still retain a direct connection from source to sea.

They say earth’s remaining free-flowing rivers are largely restricted to remote regions of the Arctic, the Amazon Basin, and the Congo Basin.

”Free-flowing rivers are important for humans and the environment alike, yet economic development around the world is making them increasingly rare.

“Using satellite imagery and other data, our study examines the extent of these rivers in more detail than ever before.”

He said dams and reservoirs are the leading contributors to connectivity loss in global rivers.

The study estimates there are around 60,000 large dams worldwide, and more than 3,700 hydropower dams are currently planned or being built.

They are often planned and built at the individual project level, making it difficult to assess their real impacts across an entire basin or region.

“They provide diverse benefits that are often overlooked and undervalued.

“This first-ever map of the world’s remaining free-flowing rivers will help decision makers prioritize and protect the full value rivers give to people and nature.”

She said healthy rivers support freshwater fish stocks that improve food security for hundreds of millions of people, deliver sediment that keeps deltas above rising seas, mitigate the impact of extreme floods and droughts, prevent loss of infrastructure and fields to erosion, and support a wealth of biodiversity.

But disrupting rivers’ connectivity often diminishes or even eliminates such “critical” ecosystem services.

Recent analysis of more than 16,700 populations of wildlife globally showed that populations of freshwater species experienced the most pronounced decline of all vertebrates over the past half-century, falling on average 83 per cent since 1970.

The study also notes that climate change will further threaten the health of rivers worldwide.

Meanwhile, as countries around the world shift to low-carbon economies, hydropower planning and development is accelerating, adding urgency to the need to develop energy systems that minimize overall environmental and social impact.

Ms Thieme added: “Renewable energy is like a recipe – you have to find the right mix of ingredients to have both a sustainable energy grid and a thriving natural world.

“While hydropower inevitably has a role to play in the renewable energy landscape, well-planned wind and solar energy can be more viable options for rivers and the communities, cities, and biodiversity that rely on them.”

The international community is committed to protect and restore rivers under Agenda 2030 for Sustainable Development, which requires countries to track the extent and condition of water-related ecosystems.