The WikiLeaks founder fathered two children while he was living at the Ecuadorian embassy. 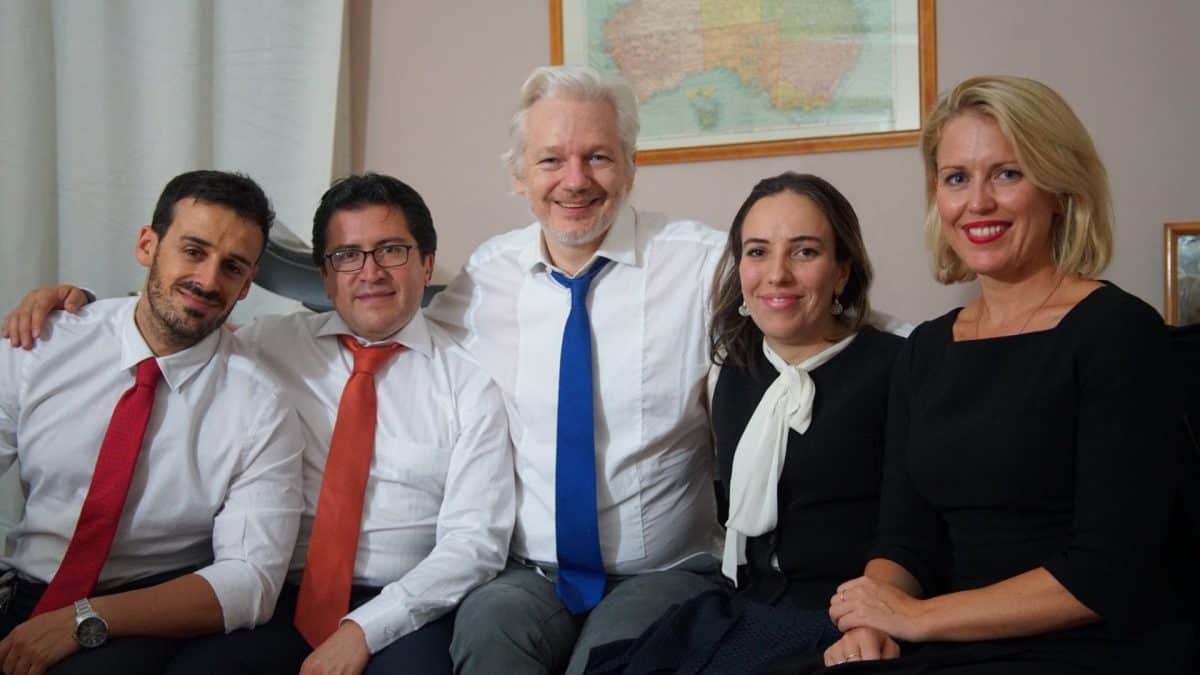 The partner of Julian Assange, who gave birth to his two children while he was living inside the Ecuadorian embassy in London, has issued a plea for him to be released from prison.

Stella Moris said there were now genuine fears for the health of the WikiLeaks founder.

Assange has been held in Belmarsh prison in London since he was dragged out of the embassy a year ago, and is awaiting an extradition hearing on behalf of the United States, where he is wanted for questioning over the activities of WikiLeaks.

He has been in poor health for months, but his friends say coronavirus is now spreading through Belmarsh.

One prisoner has died, and a number of prison officers are off sick, suspected of having the virus, his friends have claimed.

In a statement to the courts supporting an application for bail, Ms Moris reveals that she met Assange in 2011 when she was a legal researcher, and was asked to look into Swedish legal theory and practice.

“Over time Julian and I developed a strong intellectual and emotional bond. He became my best friend and I become his,” she wrote.

The friendship developed, and despite the “extraordinary circumstances”, a close relationship began in 2015, she said.

The couple have two young children Gabriel, three, and Max, one.

She said she has gone to great lengths to shield the children from the climate that surrounds Assange.

Ms Moris added: “My close relationship with Julian has been the opposite of how he is viewed – of reserve, respect for each other and attempts to shield each other from some of the nightmares that have surrounded our lives together.”

She said she was making the statement now because their lives were “on the brink” and she feared Assange could die.

He is in isolation for 23 hours a day and all visits have stopped, she added.

The extradition hearing is fixed for May 18 after a judge at Westminster Magistrates’ Court rejected calls for an adjournment until September over what his legal team said were “insuperable” difficulties preparing his case because of the Covid-19 pandemic.