"Using the word vaccination does not wipe away all those people that are dead." 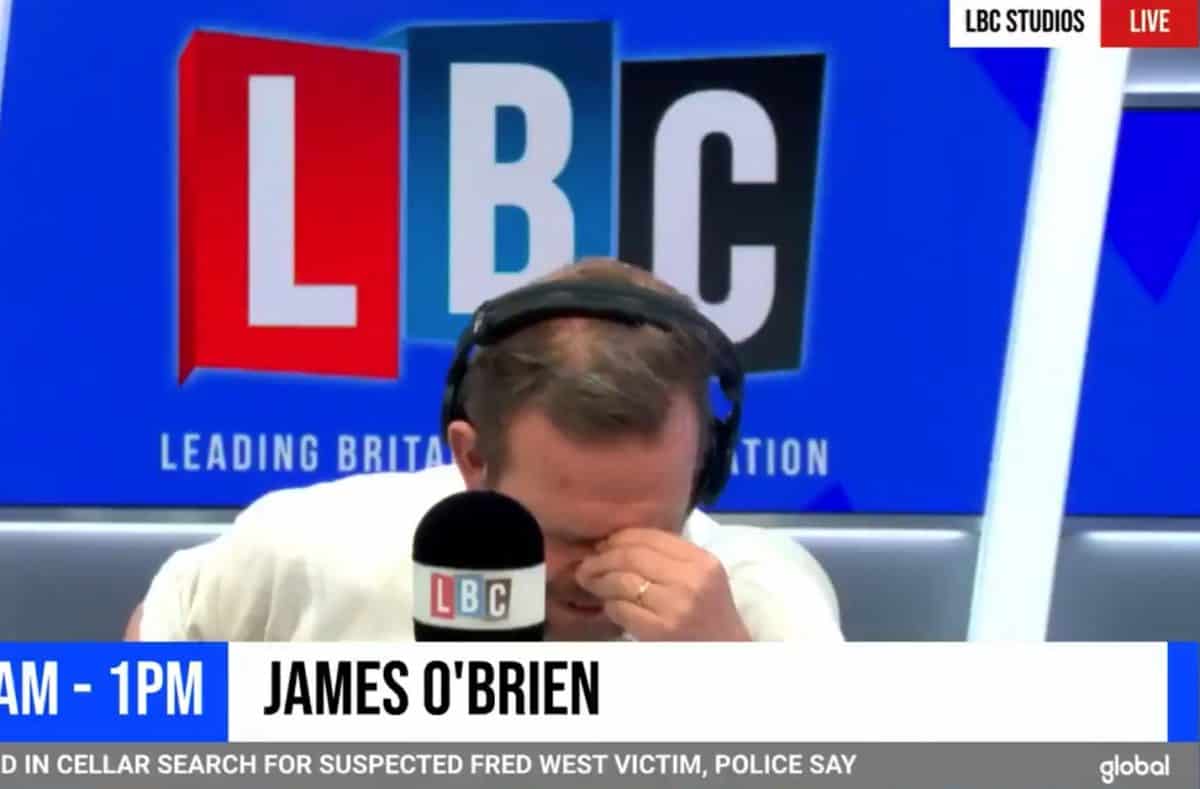 LBC presenter James O’Brien was moved to tears by a grieving father who called in after Dominic Cummings gave evidence to MPs on Wednesday.

John lost his daughter Susan to Covid in March 2020 and told James: “One thing that came out of yesterday more than anything else was the absolute need for an inquiry now. Not in a year’s time, now.

“One thing we all know in our hearts: that the lunatics are running the asylum at the moment.”

Cummings admitted that the government’s pandemic response was a case of “lions led by donkeys” during the marathon select committee hearing.

Signalling that those at the top, including the prime minister and the health secretary, were out of their depth, he told MPs:

“In any sensible, rational government it is completely crazy that I should have been in such a senior position. I’m not smart. I’ve not built big things in the world.

“The leadership, people like me and the prime minister and the secretary of state for health, we let down the people on the front line.”

LBC caller John told O’Brien he kept rewinding to listen to what Dominic Cummings said time and time again “because I wanted to be sure what he said, I wanted to understand what he said.”

“Nine hours is nothing – I desperately needed the answers and for me, he gave me the answers yesterday,” John said, “and the simple answer is by Johnson’s actions, his refusal to accept the seriousness of the pandemic…and it’s as simple as that.

“I bet you were a brilliant dad”

O’Brien, extremely moved by John’s message, said, “I bet you were a brilliant dad.”

“She was 56 years old, she was a bundle of fun. I called her Little Chief and she called me Big Chief,” he said of his beloved daughter, “she was just the loveliest person in the world and she didn’t deserve it.

“None of these people deserved it. At a time of crisis when we desperately needed a really serious politician in charge of Downing Street, we sadly finished up with a charlatan and a narcissist and a liar and that’s why my daughter is dead.

“People are in pain and people should remember that the next time they go to put their cross in a box in a polling station because this man isn’t fit to run the country, end of story.”

“We sadly got a PM who was a charlatan, a narcissist and a liar, and that’s why my daughter is dead.”

James O’Brien is moved to tears by grieving father John who urges people to remember bereaved families when casting their next vote.@mrjamesob pic.twitter.com/otZn2WEhA4