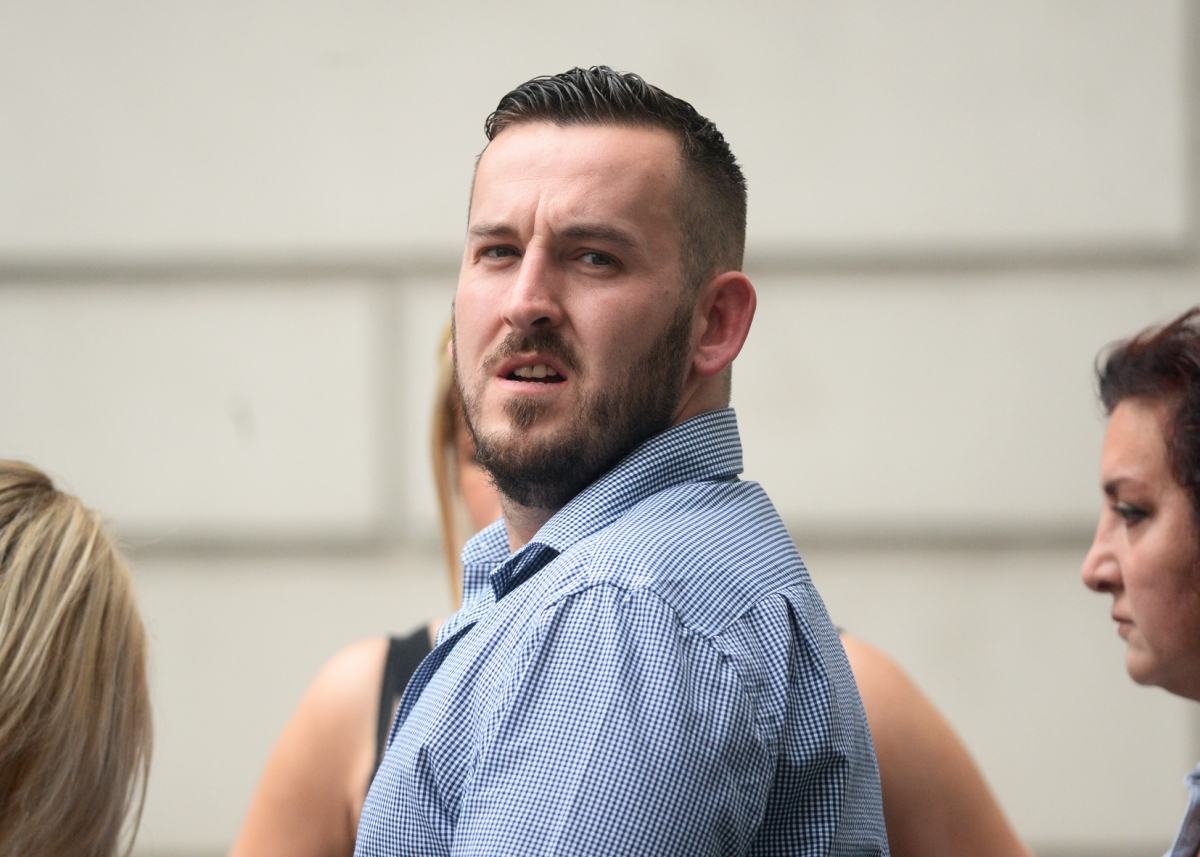 James Goddard outside Westminster Magistrates Court, London where he is appearing on charges of harassment against MP Anna Soubry.

A protester has admitted insulting Remain-supporting MP Anna Soubry by calling her a Nazi.

James Goddard, 30, filmed himself hurling abuse at the former Conservative MP after claiming she was a “traitor” for betraying the country’s vote to leave the EU in 2016.

During a heavily truncated and occasionally chaotic hearing at Westminster Magistrates Court, Goddard admitted one charge of intent to cause Ms Soubry harassment, alarm or distress, using threatening, abusive or insulting words or behaviour, or disorderly behaviour.

He also admitted one racially aggravated public order offence towards a police officer.

He and fellow defendant Brian Phillips, who pleaded guilty to the first charge, were released on bail ahead of sentencing on Monday afternoon.

Prosecutor Paul Jarvis described how Ms Soubry – now a member of the Change UK party after defecting in February – was “very shaken by what happened”, after her television interview was interrupted by shouts from protesters on January 7 2019.

She was then surrounded by Goddard, Phillips and others as she made her way into the Palace of Westminster, video footage played in court showed.

Mr Jarvis said: “She found being described as a Nazi deeply offensive.

“It left her feeling angry.”

In her victim impact statement made following the incident, small sections of which were read in court, Ms Soubry said: “I was really intimidated, and I was very shaken by what happened, however I couldn’t show it on camera.

“I have developed a mechanism for cutting off large parts of my emotions.

“I was disorientated, I felt intimidated and harassed.”

Mr Purvis said the MP “absolutely supports” free speech, including those who disagree with her.

Footage played to the court – including another incident from December 2018 which was used as background material for the main charge – showed Goddard wearing a hi-vis vest asking Ms Soubry why she called for a second vote on Brexit, telling her the way she treated then-Tory colleague Jacob Rees-Mogg was “an utter disgrace”, and describing her as both a traitor and a Nazi.

Goddard, who gesticulated throughout the case, stood up to address chief magistrate Emma Arbuthnot as the hearing concluded, telling her he too had suffered following the actions of Ms Soubry, stating he had not been violent and had not thrown a milkshake like other protesters, and added that he had also lost access to his daughter.

He was told he would have a proper chance to address the magistrates ahead of sentencing on Monday.

Earlier, Goddard refused to give his address in open court due to the presence of journalists.

Ms Arbuthnot subsequently read it into the record as Kelvindale Drive, Timperley, Altrincham, much to Goddard’s clear frustration.

Goddard was initially charged with harassment without violence against Ms Soubry, using threatening or abusive words or behaviour, and racially or religiously aggravated harassment.

But new charges were put to the defendants after several hours’ legal argument with prosecutors.

Ms Soubry was not called to give evidence in court but was believed to be in the building during the case.