Reminder: Sir James moved his firm's HQ to Singapore in 2019. 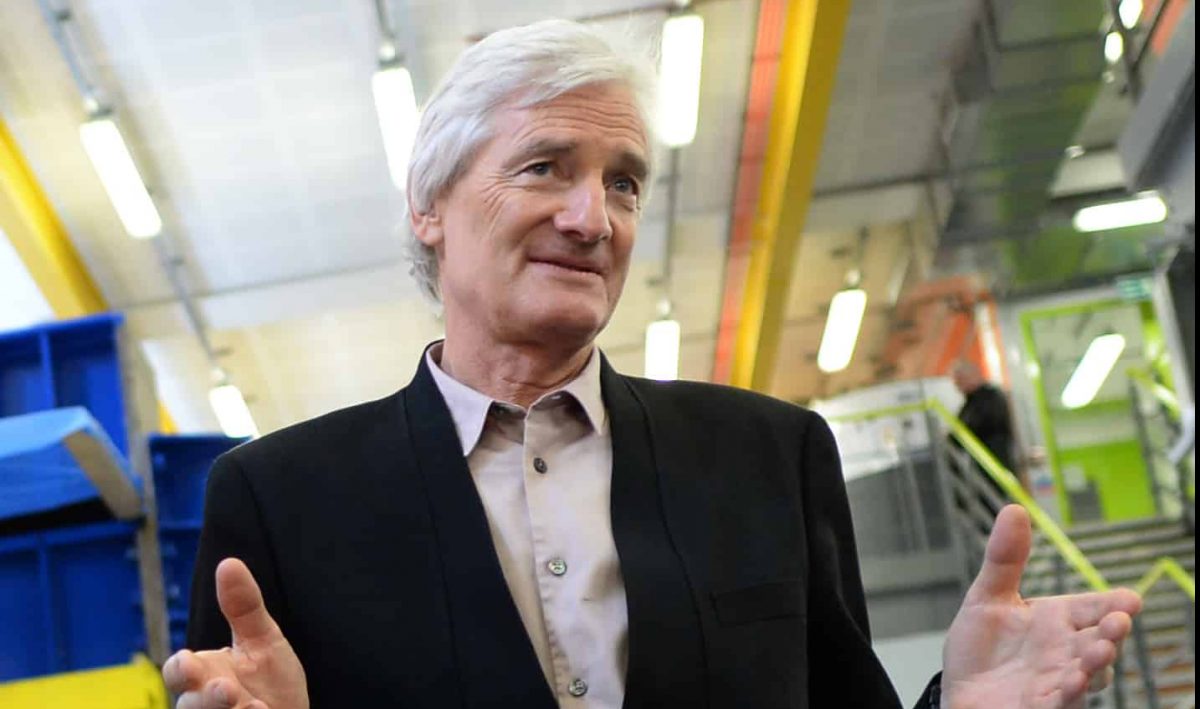 Brexit has given the UK “freedom” and boosted innovation, Sir James Dyson – who moved his firm’s headquarters to Singapore in 2019 – has claimed.

In an interview with the BBC, Sir James said: “We’ve got our freedom, we can make trade agreements with other countries outside Europe [and] we can employ people from all around the world.”

Having moved Dyson’s global headquarters to Singapore in 2019, Sir James – an ardent Brexiteer – was accused of “hypocrisy” when he claimed the UK would gain more from leaving the European Union than it would lose.

“We’re a British company – I’ve put a lot into this country,” he said. ”I can’t make things here and bring over all the components from the Far East here, assemble them here and then send them back to the Far East. That just doesn’t work.”

“It gives us an independence of spirit”

He claimed that the end of the UK’s transition period with the EU had helped Dyson hire the engineering talent it lacked in Britain, despite experts saying the UK now face significant costs and extra bureaucracy in hiring EU workers.

“We have 60 different nationalities on this site. I employ them from all over the world,” Dyson said.

He added that the invention of the Oxford-AstraZeneca coronavirus vaccine showed the UK had “an independence of spirit” that would shine through after Brexit.

“We had to develop our own… a world record-beating vaccine produced in record time, and that’s because we produced it,” he said, adding that it was “very important” for Dyson to have a presence in Asia.

“It would be arrogant to think that we could design and develop products for Asia and Britain,” he said. “We can develop technology, but understanding what Asians want and what works in the market – we have to be there, we have to be immersed in it.”

Unsurprisingly, onlookers had some thoughts about Dyson’s remarks.

James Dyson may not be the worst Brexit hypocrite, but he’s up there near the top.

Apart from that top marks https://t.co/oYBXUzutpo

James Dyson, explaining how Brexit gave him the freedom to demonstrate his confidence in Britain by redomiciling his business to Singapore. (No, that’s not what he said. But it’s what he did.) https://t.co/Sv2GsNDYuS

Just your regular reminder that Freedom-loving James Dyson took £3.7M in EU farm subsidies in 2019, for his 33,000 acres of farmland. Dyson’s purchase of farmland means he can offset the cost (at >£10k/acre) against Capital Gains Tax liable on other income, if he pays any UK tax.

James Dyson says Brexit has given him ‘freedom’.
That’s good, because a £16.2billion fortune definitely won’t give you that.

Related: Biden: ‘It is time for American troops to come home’ from Afghanistan