Agonising separation laws are inflicting immeasurable pain upon families already grief-stricken by the horrors of war. 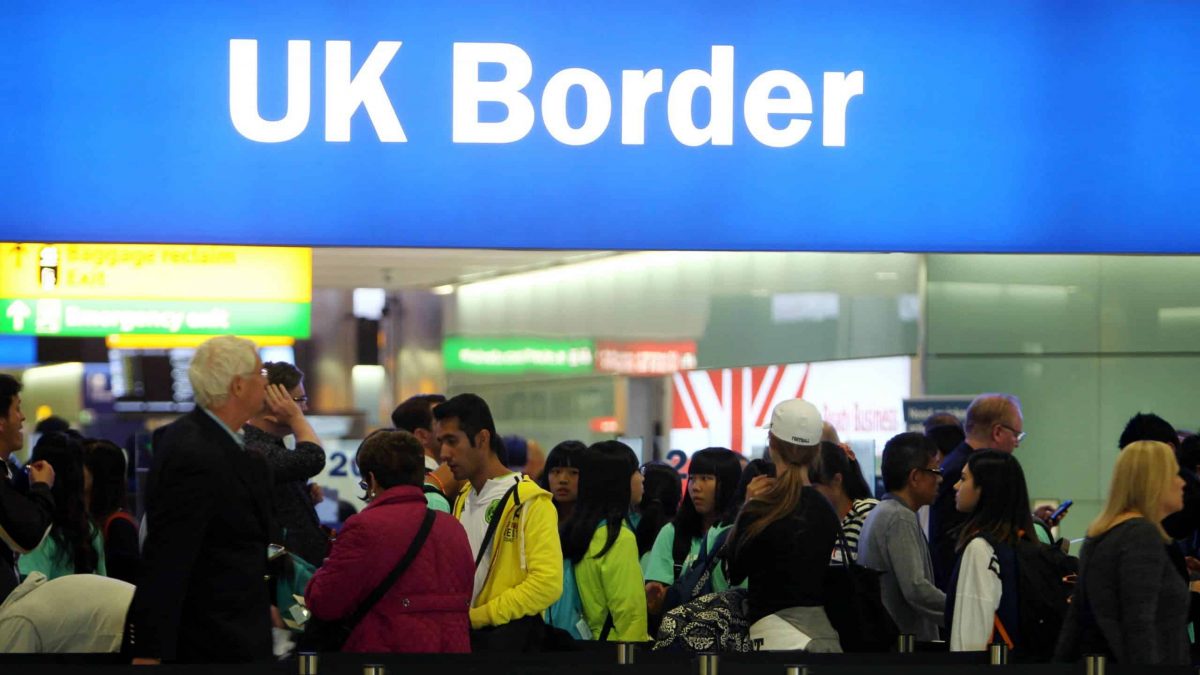 “We feel so isolated”.

That’s what one refugee, Royar, told me about his experience of living in the UK when I caught up with him.

While we were talking, we could hear the voice of Lord Dubs on television as he spoke of his efforts in the Lords to block the changes that the Withdrawal Agreement would make to the law on family reunion.

Amid mounting tensions in the region, and with the outbreak of war in neighbouring Syria, Royar, whose name we have changed to protect his identity, was forced to flee Lebanon with his parents and sought refuge in the UK.

I remember their arrival vividly – the moment Royar and his family stepped off the crammed minibus with nothing more than a few suitcases and the clothes they were wearing; artefacts of a former life.

The sheer sense of grief in his voice was my first introduction to one of our country’s most inhumane immigration laws. The UK should have been where Royar felt safe with his family, but he felt fearful.

Like so many others fleeing conflict, his plight has been worsened by separation from his family. Leaving behind two brothers – brothers he loves and depends on – this detachment has inflicted pain on a family already grief-stricken by the horrors of war.

“How can we start a new life when my family has been torn apart?”

Royar’s words rang out as I read through the letter his parents had been dreading. After nearly six months of anxiously waiting for an update on whether his brothers could be accepted to the UK, the family received devastating news.

The sense of hopelessness was palpable, with Royar and his parents facing yet another hurdle in the fight to be reunited with their loved ones.

“We are so confused, we thought that we could apply through the United Nations,” Royar said. “We just want our family to be with us.”

Although family connections in a resettlement country, such as the UK, will be taken into account by the UN, this does not guarantee resettlement as, ultimately, the Home Office has the final say.

But as Conservative MPs demonstrated when defeating a bid to force Boris Johnson to act to reunite unaccompanied child refugees, the UK’s ever-restrictive approach to immigration means the likelihood of Royar being reunited with his brothers in the immediate future is unlikely.

While international law recognises that families are entitled to protection in relation to family members, it is left to individual states to define what is meant by ‘family’. In the UK, the government’s definition of a family for the purposes of immigration is founded on an understanding of the ‘nuclear family’ – a concept which excludes grandparents, adult siblings and children aged 18 or over.

Opportunities for refugees to bring family members to live with them in the UK have also been impeded by the Legal Aid, Sentencing and Punishment of Offenders Act 2012 (LASPO), which made swingeing cuts to legal aid in England and Wales from April 2013.

Advice and representation relating to refugee family reunion were taken out of the scope of legal aid because the government considered it a ‘straightforward immigration matter’ that did not warrant the need for specialist legal advice.

Although the Home Office published a revised version of its family policy in 2016, giving greater clarity on when compassionate circumstances may apply, this continues to depend on the discretion of the decision maker.

From January to September 2017, only 49 visas were issued outside the immigration rules in refugee family reunion cases. Indeed, according to the Scottish Refugee Council, there has been no government focus on family reunion as a specific issue apart from general settlement.

When I explained the legislation to Royar, he said: “My parents say they feel they will never see their sons again.

“We’re just so stuck and don’t know what to do. We thought rules for family reunions were much more simple,” he added.

Despite the turmoil of learning that he is still no further forward in reuniting with his brothers, I encouraged him to keep trying.

After many months, and growing increasingly frustrated by the insurmountable challenges that no refugee should be forced to endure when simply trying to escape conflict, I began assisting Royar and his parents in their effort to bring together their family.

From helping to fill out various documents, to offering what advice I could, we eventually managed to work together to submit an application last year. But as I write this story, regardless of the fact that their family needs them, Royar’s brothers still remain trapped in Lebanon.

“One of my brothers is very ill”, he told me, “he’s got a problem with his heart and can’t get proper treatment.”

The process of applying for family reunion is beyond complicated. Whether it be collating documents, sourcing information on the application process, communicating with the visa applicant, or relevant embassy – one can only question whether the process is stacked against those who require it most.

To date, Royar has received no professional support. He was told that if he paid £5000 in fees, he would have a “legal expert” prepare his family’s application, although this was with no guarantee of success.

“There is no way we can afford to pay this,” he tells me.

Refugees seek relatives – it is the natural human safety strategy. Indeed, families belong together and to be separated from loved ones is a source of immense psychological and physical trauma.

That was borne out during one frightening occasion when Royar’s father, Ahbid, pleaded with me to come to their home.

Royar’s mother lay on the floor, suffering some sort of attack. Her condition was deteriorating. Unable to overcome a language barrier, I phoned for an ambulance grasping her hand.

I could sense a fearful expression on her face; an expression that only a parent longing for the presence of her children could display.

Having witnessed Royar’s predicament, one gets a measure of just how inhumane our asylum laws really are. Having successfully stripped our right to free movement in its latest bid to isolate us further, it would appear this government has no intention of addressing the dehumanising effects of the laws that govern refugees.

But instead of lauding fantasies of sovereignty and the protection of borders, the government must pose itself this question: if the country is a truly tolerant one, how are we helping refugees escape the horrors of conflict when at the same time we are subjecting them to the horrors of separation?