Perhaps it is just personal jealousy on my behalf, but the pay levels at the BBC appear to be much higher than the rest of the industry. Having never worked at the Beeb, I can only dream of the bumper pay packets they receive compared to their commercial rivals. The leaked report by PwC has […] 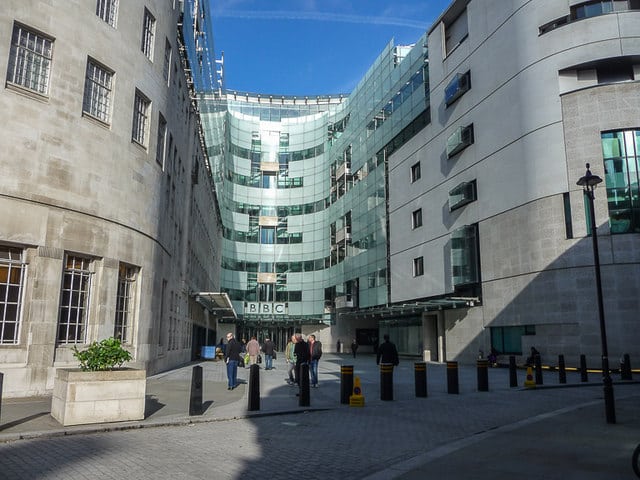 Perhaps it is just personal jealousy on my behalf, but the pay levels at the BBC appear to be much higher than the rest of the industry.

Having never worked at the Beeb, I can only dream of the bumper pay packets they receive compared to their commercial rivals.

The leaked report by PwC has confirmed the disparity between the state funded broadcaster and the rest of the news market. The document indicates that BBC staff are paid up to 40 per cent more than their equivalent in the wider media sphere.

ITN and Sky News journalists are paid, on average, £35,000, while BBC staff will take home around £49,000. It could be argued that they pay a fair salary for their labour, while commercial broadcasters under pay staff. However, these companies need to create a profit, so need to curb pay, the BBC is not constrained by their balance sheet. This leaves media businesses feeling they are not competing on a level playing field.

The BBC can afford to sent multiple journalists to cover events, while other organisations have to carefully budget their resources. The recent Rio Olympics saw less newspapers send correspondents to the games, than ever in recent memory.

Additionally, junior producers and research staff at the BBC earn 34 per cent more than those outside of the public sector broadcaster.

With many newspapers cutting staff or not giving any form of pay rise, the salaries at the BBC will be the envy of Fleet Street.

The report stated “BBC staff have long benefited from collectively bargained pay increases and the PwC believes the BBC total cash starting point is higher than the market median.”

A BBC spokesman said “Over the course of this charter period pay restraint has saved over £150 million a year.

“As part of that we have cut senior managers by 40 per cent. Like any employer we routinely look at staff salaries.”

So if you, like me, would like to make a decent income from the media industry, you should start applying for BBC jobs ASAP.