And they say racism is an American problem... 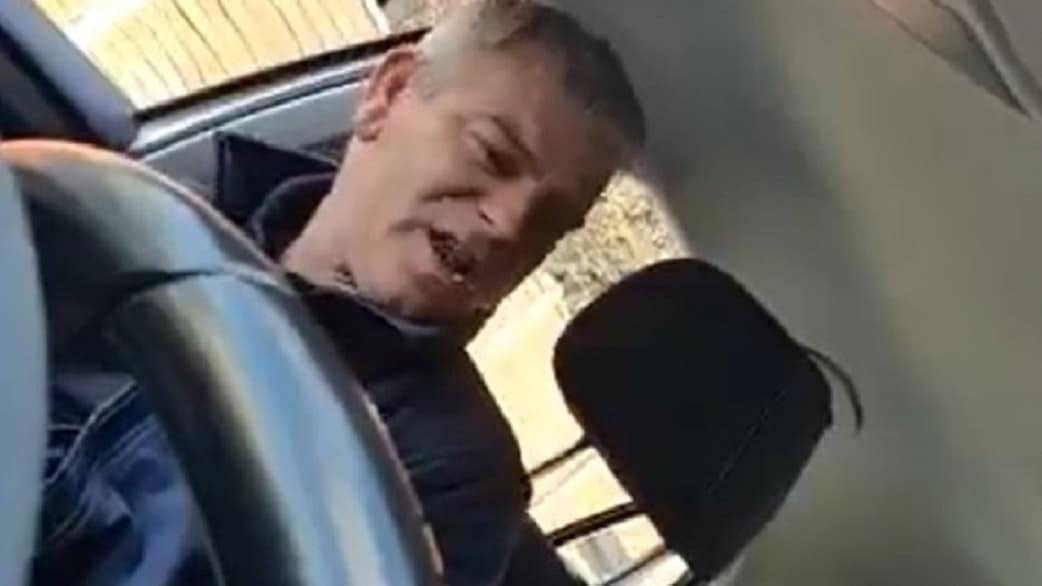 Police are investigating after footage was published of a taxi driver being subjected to a foul-mouthed tirade in which he was racially abused.

In a minute-long video posted on social media, driver Abid Mustafa coolly handles the white male passenger as the man rants “this is England”, and “we’ll blow you out the f****** water”.

The 39-year-old cabbie even warned the man at one stage: “I will put this on Facebook now buddy, and more people will see you and what you’re saying.”

But the man, who could be heard apparently slurring his words during footage filmed in Birmingham, responded: “I don’t give a flying f*** mate.

“You’re from Pakistan. You think you’re fucking special. No wonder the Indians are bombing you.”

A racist British man vilifies a Muslim cab driver, telling him he’s “lucky” to be in England. pic.twitter.com/GUCnFZhSHp

Father-of-four Mr Mustafa, who is being made the first honorary ambassador of the West Midlands Taxi Drivers’ Association (WMTDA) for the way he handled the incident, said he had been “hurt” by what happened.

In the last few weeks Mr Mustafa has shuttled vital Covid-19 samples for the University Hospitals Birmingham NHS Foundation Trust during the pandemic, before being subject to the passenger’s abuse.

Mr Mustafa said the passenger started his tirade as soon as he was picked up in Erdington, in Birmingham, and that he stopped to warn his fare.

“He promised to stop doing it, then as soon as we got going again, after about 50 metres he started up again,” said the taxi driver, who began recording at the end of the journey.

He said: “I have a heart and emotions and it does hurt.

“The words do hurt us.

“But I chose the profession and I have to face these challenges – if I chose to be in the Army I would face battles, and this is the same.”

Mr Mustafa, who lives in Erdington and is licensed by Wolverhampton City Council, hopes footage of the incident, which happened on May 15, will prompt councils to fit CCTV in taxis, to protect drivers and passengers, and show the public what drivers have to put up with.

“On all other public transport, like trams, buses and trains, there are cameras, so why can’t we have CCTV in cabs?” he said.

Having spoken to colleagues, Mr Mustafa believes every BAME driver in the West Midlands has been subject to racist abuse from a passenger at one point or another.

Echoing that view, Shaz Saleem, of the WMTDA, said it was poor reward for taxi driver key workers, who have done a vital job ferrying supplies, medical samples and other emergency workers during the pandemic.

He said: “I understand the row started because Abid asked the gentleman to sit in the rear seats, because of Covid-19 controls – which are there to keep both the passenger and driver safe.”

“This story is powerful”

“Yes, there is a negative, and we all know what happened in the United States with George Floyd, and we need more support here from councils and the police.

“This driver responded with patience, calm and professionalism should be held up, in comparison to the passenger’s behaviour.

“I guarantee you that if the driver had responded to that behaviour in any way, he’d have lost his licence.”

As the video, which has been viewed more than a million times on Twitter, starts, the man is sitting in the front passenger seat, next to Mr Mustafa, with the taxi stationary.

The passenger then said: “Who do you think you are?

“You think you’re something special – Pakistan?”

The passenger then apparently refers to an incident from last year in which Indian warplanes conducted airstrikes on their neighbour.

The man said: “I’ll tell you what, no wonder the Indians are bombing you,” ending the sentence with a laugh.

“You’re never going to win that battle are you?”

The taxi driver, who stays cool and polite throughout the abuse, responded: “That’s fine,” handing the man his change from the fare.

His passenger then said: “And this is England, by the way.

The driver replied: “Thank you very much sir.”

Pointing to a camera facing both men, the cabbie then said: “I will put this on Facebook, now buddy, and more people will see you and what you’re saying.

“Because people can see your face as well.”

We are done here

Despite the warning, the passenger said “I don’t give a flying f***.”

The driver then told the man that he will be charged a 25p-a-minute waiting time charge, if the man does not go, adding “thank you mate, we’re all done here”.

The passenger then leaned across towards the driver, inches from his face, and said: “I’ll tell you what, do you think Pakistan are going to beat the English?”

The driver responded: “We’re not here for a competition, sir.”

But the passenger said: “Well I’ll tell you what about wars, wars?

West Midlands Police said: “Lots of people are asking us about this video – we are aware of it and are making inquiries.”