Among the dead were the 6.38am Aberdeen to Glasgow service’s driver, named locally as Brett McCullough, as well as the conductor and a passenger. 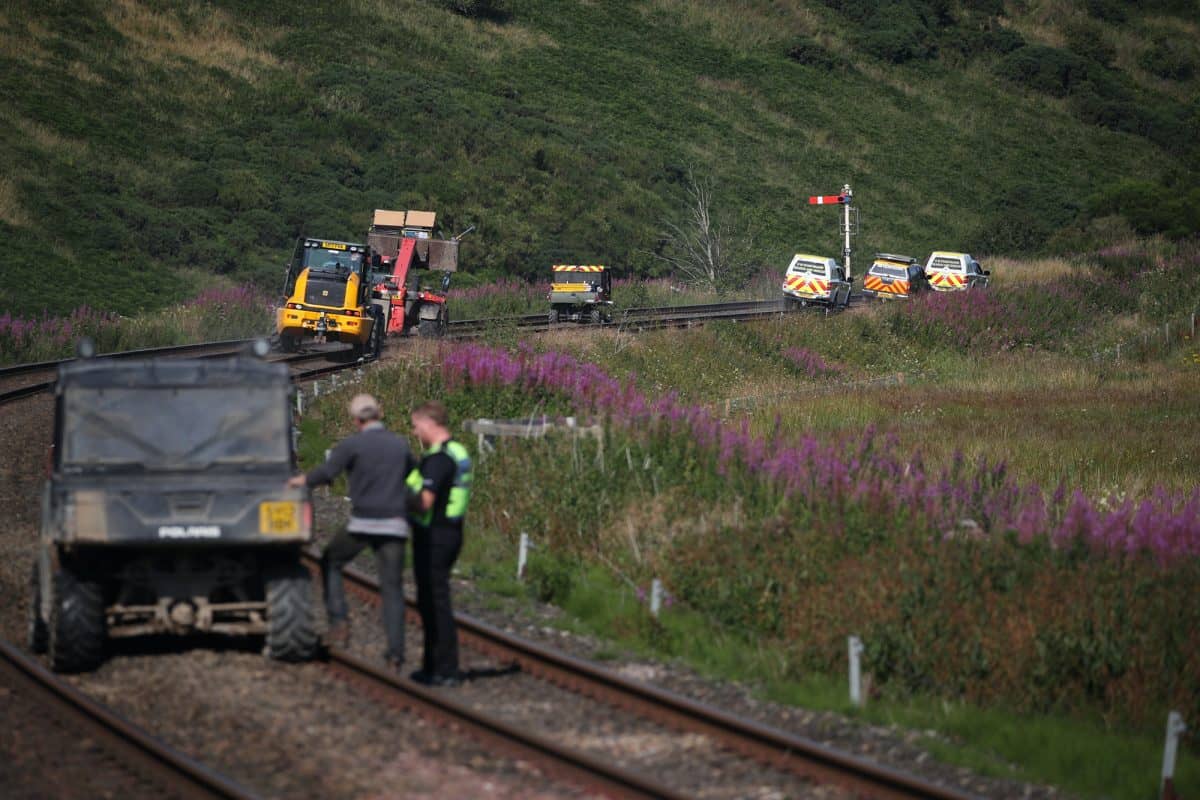 Officials have pledged to find out what caused a train to derail in Aberdeenshire, killing three people and injuring six others.

The 6.38am Aberdeen to Glasgow Queen Street service crashed near Stonehaven on Wednesday morning amid heavy rain and flooding.

Among the dead were the train’s driver, named locally as Brett McCullough, as well as the conductor and a passenger.

The Queen, Prime Minister Boris Johnson and Scottish First Minister Nicola Sturgeon have led tributes to those killed in the “tragic” incident.

Dozens of emergency service vehicles – including an air ambulance and British Transport Police (BTP) officers – were called to the scene at about 9.40am.

He added they “will also be working closely with them along with the Rail Accident Investigation Branch and Office of Road and Rail to establish the full circumstances of how this train came to derail”.

UK Transport Secretary Grant Shapps and the Scottish Government’s Michael Matheson will both visit the area on Thursday and meet members of the emergency services.

Ahead of the visit, Mr Shapps said: “I express my deepest condolences to the friends and families of those affected in the tragic incident near Stonehaven.

“My department is in close contact with all relevant parties, including our counterparts in the Scottish Government, to provide any support that is required.

“I want to pay tribute to the emergency services and rail workers, who have responded so quickly in these distressing circumstances.

“The safety of passengers and staff is and has always been our upmost priority and we will ensure that lessons are learned from this tragic incident once the Rail Accident Investigation Branch has carried out its investigation.”

The Queen has sent a message of condolence to the Lord-Lieutenant of Kincardineshire, following the train crash near Stonehaven. pic.twitter.com/IIfOpjOBFH

In another message of condolence, sent to the Lord Lieutenant of Kincardineshire, the Queen said: “It was with great sadness that I heard of the train derailment earlier today in Stonehaven, Aberdeenshire.

“The Duke of Edinburgh, and the entire royal family, join me in sending our thoughts and prayers to the families of those who have died and those who have been injured.

“Our thanks go out to the emergency services for their response and dedication.”

Speaking to Sky News, Prime Minister Boris Johnson also said: “One of the reasons that this accident is so shocking is of course that this type of accident on our railways is thankfully so rare.

“But our thoughts are very much with those who’ve lost their lives, their families and of course those who’ve been injured in the derailment.

“I’ve talked to First Minister Nicola Sturgeon about what has happened and clearly the most important thing now is that the British Transport Police, who are in charge of the investigation, find out exactly what happened, and that we all work together with Network Rail, with everybody else who’s responsible to make sure that nothing like this happens again.”

My deepest condolences are with the loved ones of those who lost their lives in this tragic incident.
I have just been updated by Network Rail and the emergency services on the ongoing operation. My thanks go to them, and my thoughts remain with everyone affected. https://t.co/L73rZTeRFu

Writing on Twitter, Ms Sturgeon said: “My deepest condolences are with the loved ones of those who lost their lives in this tragic incident.

“I have just been updated by Network Rail and the emergency services on the ongoing operation.

“My thanks go to them, and my thoughts remain with everyone affected.”

She also tweeted the NHS Grampian helpline number, adding: “Anyone worried about friends or family involved in the Stonehaven rail incident can call 01224 319519 for advice and support.”