A bug’s life was one previously thought to be blighted by poor eyesight – not so say university boffins. But a new study has found insects can see the world in much finer resolution than previously believed. Scientists had long thought insects could not see images in high resolution because of their compound eyes – […] 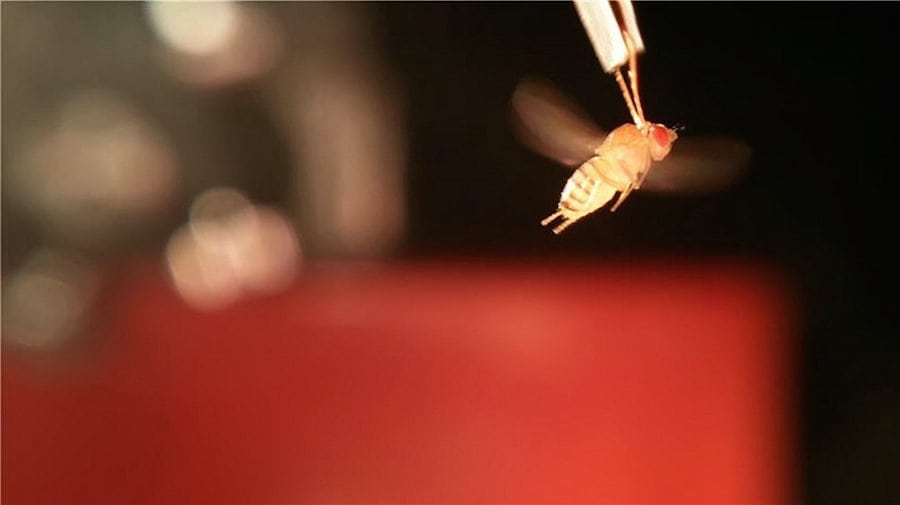 A bug’s life was one previously thought to be blighted by poor eyesight – not so say university boffins.

But a new study has found insects can see the world in much finer resolution than previously believed.

Scientists had long thought insects could not see images in high resolution because of their compound eyes – which together capture thousands of pixelated images of the surrounding world.

However, researchers from Sheffield University’s Department of Biomedical Science together with scientists in Beijing, Cambridge and Lisbon have now discovered that insect compound eyes can generate surprisingly high-resolution images.

Unlike in the human eye, the thousands of tiny lenses, which make the compound eye’s characteristic net-like surface, do not move.

But the Sheffield researchers found that photoreceptor cells underneath the lenses, instead, move rapidly and automatically in and out of focus, as they sample an image of the world around them.

This microscopic light-sensor “twitching” is so fast that we cannot see it with our naked eye.

To record these movements inside intact insect eyes during light stimulation, the researcher had to build a bespoke microscope with a high-speed camera system.

Remarkably, they also found that the way insect compound eye samples an image (or takes a snapshot) is tuned to its natural visual behaviours.

By combining their normal head/eye movements with the resulting light-induced microscopic photoreceptor cell twitching, the insects, such as flies, can resolve the world in much finer detail.

The new study, published in the journal eLife, changes the understanding of insect and human vision and could also be used in industry to improve robotic sensors.

“It has long been known that fast visual adaptation results in the world around us fading from perception unless we move our eyes to cancel this effect.

“On the other hand, fast eye movements should blur vision which is why it has remained an enigma how photoreceptors work with eye movements to see the world clearly.

“Our results show that by adapting the way photoreceptor cells sample light information to saccadic eye movements and gaze fixations, evolution has optimised the visual perception of animals. ”

The findings of the study, funded by the Biotechnology and Biological Sciences Research Council (BBSRC), show photoreceptors resolve small moving objects, even at high speeds, far better than predicted by compound eye optics and reveal the mechanisms behind this remarkable hyperacuity.

Prof Juusola added: “By using electrophysiological, optical and behavioural assays with mathematical modelling we have demonstrated that fruit flies (Drosophila) have much better vision than scientists have believed for the past 100 years.”

The team of scientists are now testing whether similar processes are happening in the compound eyes of other insects, and also in vertebrates.