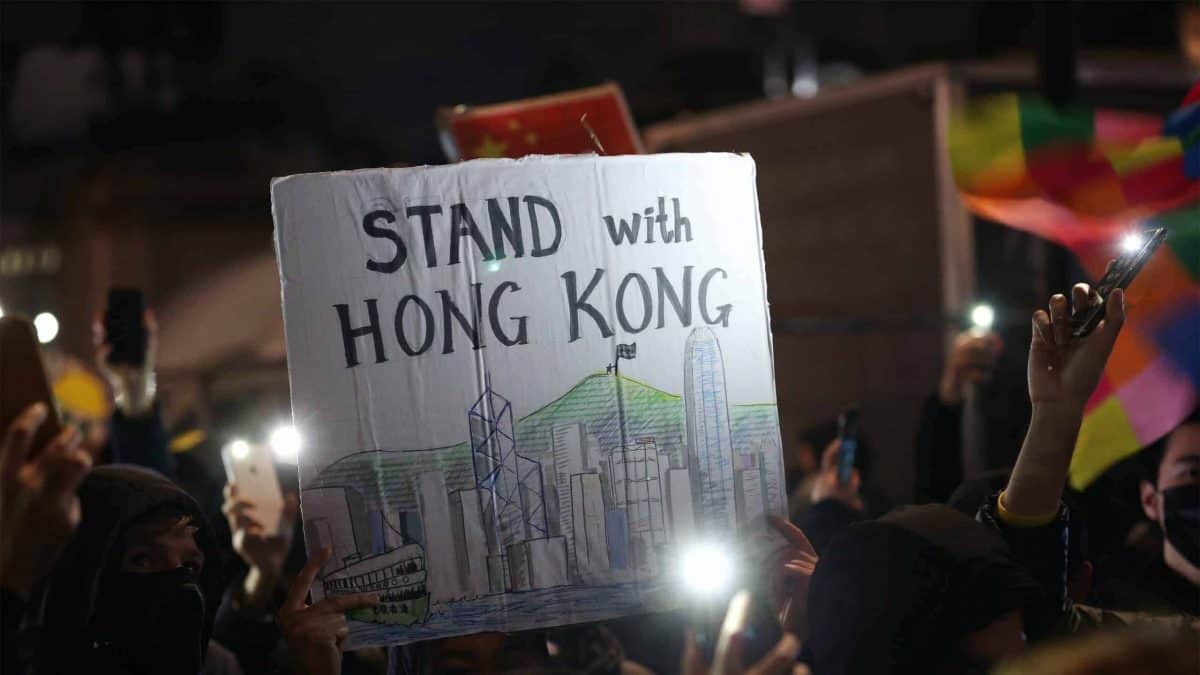 The UK Government has outlined a new immigration route to the UK for Hong Kong British National (Overseas) citizens and their dependent family members.

The UK Government has now published guidance on the new immigration route to the UK to recognise their status and to protect their rights under the new security legislation.

Revealing the new immigration route to the UK on 22 July, Home Secretary Priti Patel explained: “Now that China, through its actions, has changed the circumstances that BN(O) citizens find themselves in, it is right that we should change the entitlements which are attached to BN(O) status. I have decided to improve significantly those entitlements, to reassure BN(O) citizens that they have options to live in the UK if they decide that is an appropriate choice for them.”

All your questions about the new immigration route are answered below.

When can people apply for the new Hong Kong BN(O) visa?

The unique new scheme for BN(O) citizens and their dependents will afford them a route to British citizenship with no cap on numbers, skills tests or minimum income requirements.

While BN(O)’s would have to be self-sufficient in the UK, they would not have to have a job, but would be able to look for one once in the UK. BN(O)’s will be able to bring immediate dependants, including non-BN(O)’s.

Do people need to renew their BN(O) passport?

BN(O) citizens do not need to renew their BN(O) passports or apply for a passport in the meantime. Holding a valid BN(O) passport is not necessary to apply for the new visa scheme as long as people have BN(O) status (see how to apply below).

Approximately 3.4 million people obtained BN(O) status. The UK Government estimates there may be 2.9 million BN(O) citizens still alive. BN(O) status is not passed on to children.

Currently people with BN(O) status can visit the UK for up to six months at a time, without a visa. They are subject to immigration controls and do not have a right to live in the UK. The new scheme from January gives those who registered as a BN(O) citizen the opportunity to apply for a visa allowing them to come to the UK with a view to settling permanently and applying to become British citizens if they wish.

Who will be eligible to apply for the Hong Kong BN(O) Visa?

BN(O) citizens as well as their immediate family dependants will be eligible to apply for the Hong Kong BN(O) Visa. Dependants need not have BN(O) status themselves to be eligible.

The Home Office guidance defines immediate family dependants as “spouse or partner and children aged under 18.” However dependent grandparents or other relatives will not be eligible if they are not BN(O) citizens in their own right.

The guidance also says that “where the dependent children of a BN(O) citizen will not normally be eligible because they were born after 1997 (so are not BN(O) citizens) and are over 18 so would not ordinarily be considered as a dependant in the UK’s immigration system,” so as not to split families, the Home Office will use discretion.

“In compelling and compassionate circumstances, we will therefore use discretion to grant a visa to the children of a BN(O) citizen who fall into this category and who are still dependent on the BN(O) citizen,” the guidance outlines.

“We will limit this discretion ordinarily to children of BN(O) citizens who were born after the 1 July 1997 who will also be able to apply as dependants, if one of their parents holds BN(O) status and they apply together as a family unit.”

In exceptional circumstances of high dependency, other adult dependants may also be eligible at the UK Government’s discretion, considered on a case by case basis.

What other routes are there for Hong Kong residents who do not qualify for the BN(O) route?

For those who are not covered by the eligibility criteria above, the existing youth mobility scheme is open to people in Hong Kong aged between 18-30, with 1,000 places currently available each year.

Other routes to come to the UK to study and work are also open. The UK’s new Points-Based Immigration System is easier to navigate from January too, with lower salary thresholds and with no resident labour market test to carry out.

The UK may also see people from Hong Kong seeking asylum if the political situation deteriorates and the above routes are not open to people at risk.

What do people need to apply for the Hong Kong BN(O) Visa?

In addition to holding BN(O) status, applicants and their dependants must also:

How much will a Hong Kong BN(O) Visa application cost?

How will the BN(O) route to British citizenship work?

Those that can meet the requirements above will be able to apply for leave to remain in the UK for five years. (There will be a cheaper option of applying for an initial period of 30 months’ leave, and then renewing the leave, but applying for five years’ leave is likely to be more cost effective overall.)

After five years, BN(O)’s will be able to apply for settlement (indefinite leave to remain) – so long as they have not left the UK for over 180 days in any 12 month period – and after a further 12 months, they will be able to for UK citizenship.

What will the scheme entitle BN(O) citizens and their dependants to?

Visa holders will not require additional permissions to work – either employed or self-employed – or to study.

While on the above route to settlement, BN(O) citizens and their dependants will have no recourse to public funds if they cannot support themselves.

There will be free access to healthcare under the National Health Service, though those on the scheme will be expected to pay the £400 Immigration Health Surcharge on application.

Anyone convicted of a criminal offence in the UK will be liable for removal.

How do you apply for the Hong Kong BN(O) Visa scheme?

Applications for the Hong Kong BN(O) Visa can be made from Hong Kong, from the UK or elsewhere.

Most BN(O) citizens will complete their application entirely online without the need to send in physical documents by post or be interviewed.

Successful applicants will be issued with a digital visa.

There will be no requirement for applicants to apply for or hold a valid BN(O) passport and successful applicants will be able to travel on a valid Hong Kong Special Administrative Region Passport.

However, valid or expired BN(O) passports should be kept and submitted with an application as evidence of BN(O) status. Where a BN(O) passport has been lost, eligibility checks can be made using historical records held by Her Majesty’s Passport Office.

What will people need to show on arrival in the UK?

In line with the above requirements for the Hong Kong BN(O) Visa, arrivals will need to be able to demonstrate the following to Border Force Officers:

What if people want to come to the UK sooner than January 2021?

The Government announcement adds that “in these exceptional circumstances, Border Force Officers will be able to consider granting Leave Outside the Rules (‘LOTR’) for a period of six months to BN(O) citizens and their accompanying dependants at the UK border, if they do not satisfy Border Force that they are eligible for entry via another immigration route. It will still be open to Border Force Officers to refuse individuals entry to the UK where there is good reason to do so.”

Can BN(O) citizens apply from the UK?

BN(O) citizens already in the UK on another form of leave will be able to apply and switch to the Hong Kong BN(O) Visa from within the UK from January 2021.

RELATED: How to apply for Settled Status, Deal or No-Deal Brexit