One in eight UK adults say they have already gone without heating, water or electricity in the last three months. 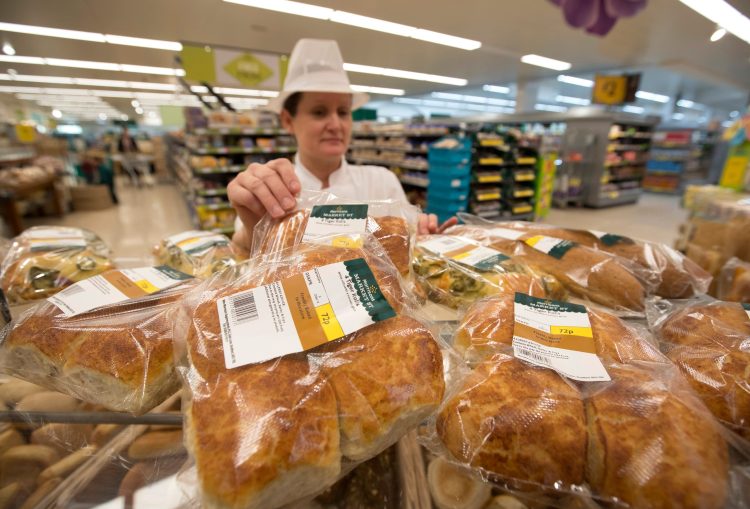 The cost of a family’s daily bread increased significantly last month as prices of other staples including milk and cooking oil have also shot up, data shows.

The price of bread increased by 2.3 per cent in March, and is now 5.5 per cent more expensive than it was a year ago, the Office for National Statistics said.

The price of lamb rose by 1.7 per cent in the month before families sit down for an Easter meal. Lamb that is eaten across the country this weekend will cost around 16 per cent more than last Easter.

The data, based on the retail price index, shows the increased cost of some basic food staples which is adding to the pressures facing households around the country.

Everyday costs are soaring, and overall inflation, measured by the consumer prices index, hit 7 per cent in the year to March, figures released by the ONS on Wednesday show.

Joanna Elson, chief executive of the Money Advice Trust, the charity behind the National Debtline, said many households are already buckling under rising costs.

“One in eight UK adults say they have already gone without heating, water or electricity in the last three months,” she said.

“With energy, food and fuel price rises showing no signs of easing, and national insurance increases hitting pay packets for the first time this month, there is no respite in sight.

“Urgent action is needed to prevent more people facing impossible choices trying to meet basic needs, and at risk of an increasing burden of debt.”

The price of fresh milk rose by 1.7 per cent in March and is 13.2 per cent more expensive than a year ago.

Pork rose by 2.9 per cent between February and March, and butter increased by 5.1 per cent.

The price of cooking oils and fats went up 7 per cent and is nearly a quarter more expensive than a year ago.

“Food price inflation is already at its highest level for over 10 years and the disruption in global markets means prices are likely to continue to climb in the months to come, which is particularly concerning for low-income households,” said Food and Drink Federation chief executive Karen Betts.

“Food and drink manufacturers are doing all they can to absorb rises in their ingredient, raw material and energy costs. But businesses must also remain viable and the reality of current inflation means that some price increases are having to be passed on.”

British Retail Consortium chief executive Helen Dickinson said: “Retailers are trying to help consumers by expanding their value ranges and doing all they can to keep the price of essentials down.

“This can be seen in the BRC’s Shop Price Index, which tracks the price of basic goods, which showed a slower rise in the price of essential foods and other products than the inflation levels reported by the ONS.”