A homeless man who was given a sandwich by a schoolgirl said he was overwhelmed by her kindness — despite staff allegedly telling her to ‘let nature take its course’. Selfless teenager Amy McIlroy went to buy homeless lad Liam Anderson, 20, a sandwich from coffee chain Starbucks after she saw him shaking from the […] 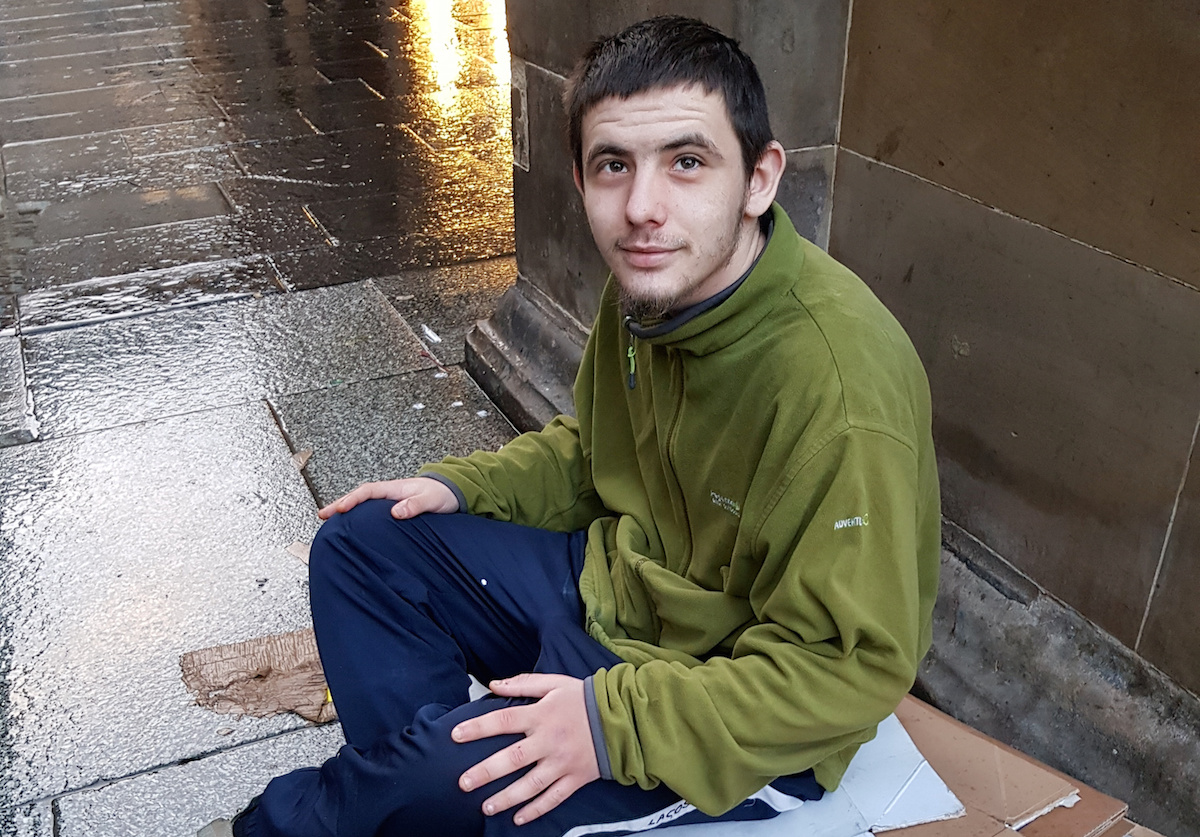 A homeless man who was given a sandwich by a schoolgirl said he was overwhelmed by her kindness — despite staff allegedly telling her to ‘let nature take its course’.

Selfless teenager Amy McIlroy went to buy homeless lad Liam Anderson, 20, a sandwich from coffee chain Starbucks after she saw him shaking from the cold.

Liam said he was “very thankful” to the 14-year-old for the food but “shocked” by the attitude of the Starbuck’s staff member who he claims didn’t want to let him in.

Following the incident, Amy took to Twitter and wrote: “So f** disgusted. @StarbucksUK went in to one of your Glasgow branches to get some food for a homeless boy who was physically shaking from the cold and was told off a worker that I’d be better ‘saving my money and letting nature take its course’.

Liam, from the Pollock area of Glasgow, thought “wow, people really do care” when Amy stepped in and bought him a treat from the cafe in Exchange Place, Glasgow.

He said: “When the girl bought me a Starbucks, it was quite overwhelming, to be honest. I was very thankful, it was appreciated.

“I can’t remember it all now but I was thankful.

“I wanted to get into Starbucks and they didn’t want to let me in because I was homeless.

“I was quite dirty and other customers get to go in no matter their circumstances.

“I was very shocked. It’s unfair that I’ve been discriminated by the way I look. It’s bang out.”

Starbucks are now on the receiving end of a customer backlash following Amy’s tweet.

Liam explained that he became homeless after being neglected by his mother and falling out with his sister after going through the care system.

He said: “I became homeless because my mum neglected me since I was about 14.

“I’ve been staying at a homeless night shelter but sometimes that’s fully booked.

“So, at times I go grab a sleeping bag somewhere, get under an air vent then go to sleep.

“It is quite scary at times but once you get to know a few faces it’s not too bad.

“People talking to me gives me comfort because they ask if I’m okay and that.

“My wee sister has her own house now but we fell out in care.

“They had to separate us because we weren’t talking to each other.

Liam eventually hopes to get back on his feet, get a flat and go to college.

He added: “I now would love to be like a football manager and go to college. Not professional but over 35’s or something.”

A spokeswoman for Starbucks UK said: “We’re urgently investigating what has happened here and have been in touch with the customer directly to apologise.

“We believe in creating a place that is welcoming for all and we are disappointed that this incident does not represent the values we expect in our stores.”