Margaret Keenan was given the follow-up injection at Coventry’s University Hospital on Tuesday, three weeks after making history with the first jab. 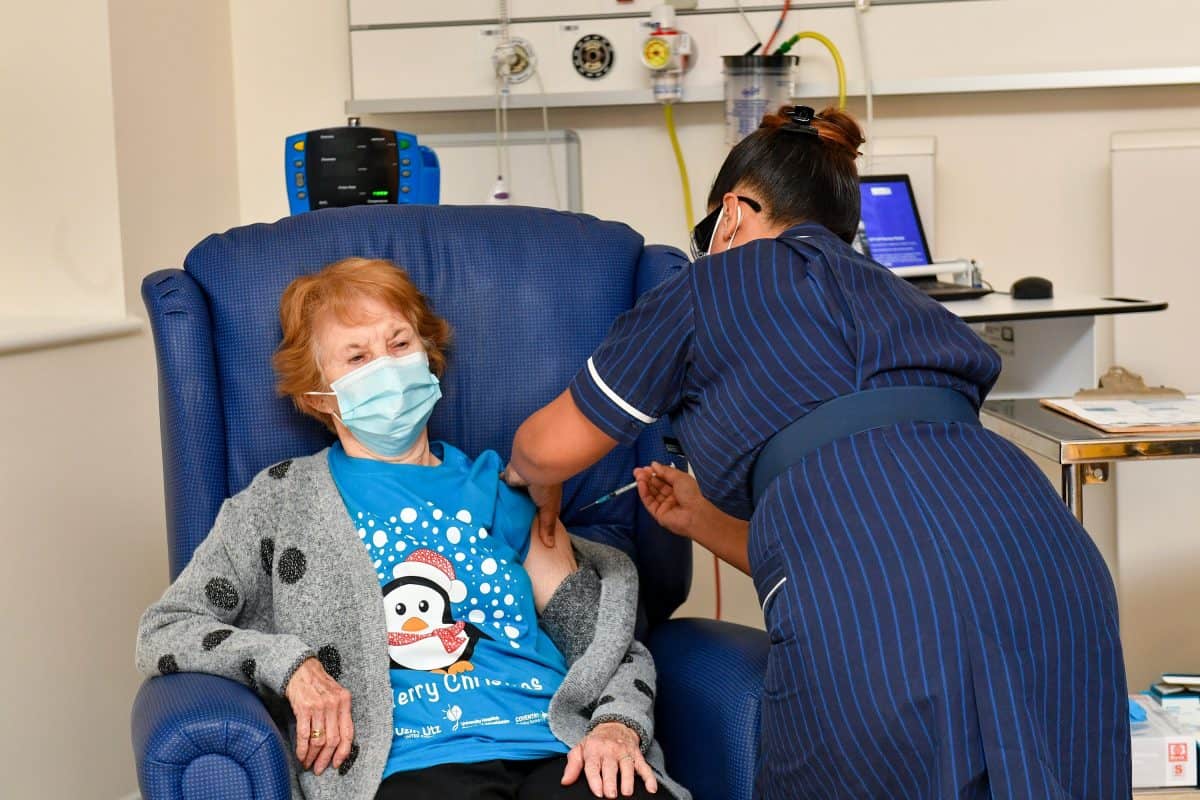 A grandmother who became the first person in the world to receive the Pfizer vaccine earlier this month following its clinical approval has been given her second dose.

Margaret Keenan was given the follow-up injection at Coventry’s University Hospital on Tuesday, three weeks after making history with the first jab.

The 90-year-old received an injection on December 8, and NHS England said at the time that she would have a “booster jab” 21 days later “to ensure she has the best chance of being protected against the virus”.

Professor Andy Hardy, chief executive of University Hospitals Coventry and Warwickshire NHS Trust, said: “We were delighted to welcome Margaret Keenan back to Coventry’s University Hospital today to safely receive the second dose of the vaccination, after she became the first person in the world to receive the Pfizer Covid-19 vaccine following its clinical approval.

“Our hardworking staff who have been involved in the vaccination programme have remained in contact with Margaret’s family since that day and we are delighted that Margaret has been continuing to recover well at home following her discharge from hospital.

“It’s important that everyone comes forward to get the jab when they are invited to do so and, like other hospitals and GP surgeries across the country, we’ll be following the latest expert advice and evidence to invite people to get vaccinated at the time they need it.”

The most recent figures published by the Department of Health last week showed that the number of people to have had their first jab between 8 December and 20 December in the UK was 616,933.

But speaking on Christmas Eve, Prime Minister Boris Johnson said almost 800,000 people had been given their first dose of the two-stage vaccine.

Since the initial jabs were given in hospitals, the rollout has widened to GP-led sites and care homes.

Related: Hospitals on brink as new variant puts health workers ‘back in eye of storm’