"We are talking about the future of our country and the destruction of our economy," Liam Norton said. 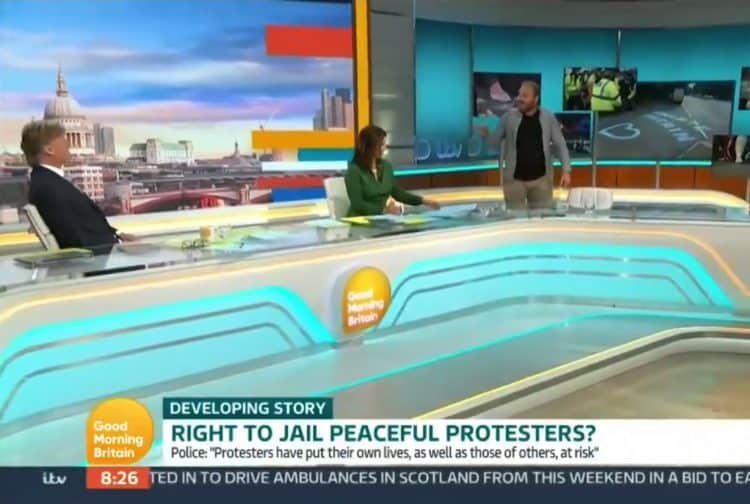 A climate protester has stormed out of the Good Morning Britain studios following a row with Richard Madeley over Insulate Britain protests.

Liam Norton came to blows with the GMB presenter after the movement was compared to fascism, once again, and derided for the potentially life-endangering effects it is having on people.

“You’re not listening to what I’m saying. The future of our country is at stake.”

He then defended the group’s aims by comparing them to Winston Churchill’s endeavours to stop Adolf Hitler in 1937, which was met with lukewarm support from his fellow parliamentarians.

“You’re comparing yourself to Winston Churchill?”, Madeley fired back, to which Norton said he was adding historical context to the debate.

“This is about what is right and what is wrong”, the climate activist said, adding: “We are talking about the future of our country and the destruction of our economy.”

He stormed out of the studios shortly after.

Watch the heated exchange below: