“If you look at all the healthcare propaganda… I just have to take you to my waiting room and everything that’s there – diabetes check, cervical smear check, breast check – they’re always white middle class people." 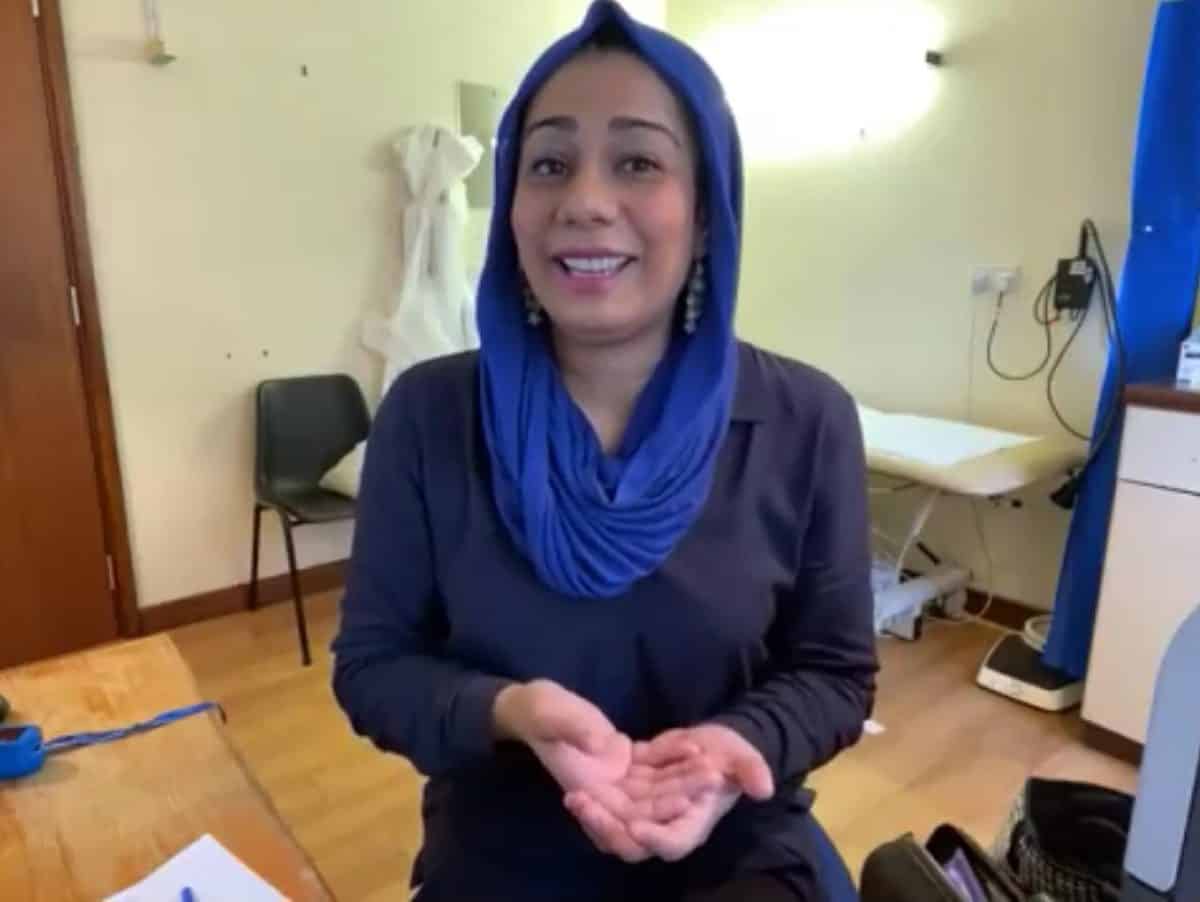 Focus on healthcare for ethnic minority communities must continue and improve once the coronavirus pandemic is over, a doctor has said.

Dr Faith Uwadiae, an immunologist at the Crick Institute in London, is one of a number of experts to have joined Team Halo, a UN-supportive initiative which is using TikTok to spread positive messages about the Covid vaccines and tackle misinformation.

There has been much focus on vaccine hesitancy and the spread of information among BAME communities, and some of the videos produced by Team Halo’s doctors are aimed specifically at countering the issue.

But Dr Uwadiae said the pandemic has “shone a light” on existing health inequalities among minority communities.

She told the PA news agency: “Okay, you’re going to prioritise BAME people now because we need to make sure that we encourage them to get vaccinated, but after that what happens to us next?

“Because we still have all the inequalities that were there before – we’ve shone a light on them but we need to also solve them.

“It’s almost like we’re only cared for when we’re needed.”

Dr Uwadiae said she believes vaccine hesitancy among some minority communities stems in part from a distrust of authority thanks to a long history of institutional neglect.

In such an environment, she said, it is not unusual for people to trust messages from friends, relatives or community leaders over those being put out by authority figures.

She said: “It’s that idea, and I’ve said this repeatedly, that you’re always treated badly within society so you know not to trust their systems care for you.

“Even if I take the simple example of me as a scientist I know that as I progress up the ladder there’s less and less people that look like me around, and that’s a system that I can see every single day.”

Dr Uwadiae also cited health inequalities, saying: “The thing that really rings with a lot of black women is the fact that as a black woman you’re four times more likely to die in childbirth, and that’s a stat that people have heard repeatedly.

“And they know that they have to advocate more, like if you go into a GP office you know you have to fight more to get access to treatment than other people.

“So I think it just creates a system where it’s ‘why would you take advice from that system because they’ve failed us before that we don’t really trust them? I’d rather stick to sources and people that I trust’.

“But sadly those sources aren’t necessarily the best sources.”

Dr Nighat Arif, a GP who is distributing the vaccine at her surgery in Chesham in Buckinghamshire, says more effort needs to be made to include non-white communities in healthcare messaging.

She told PA: “If you look at all the healthcare propaganda… I just have to take you to my waiting room and everything that’s there – diabetes check, cervical smear check, breast check – they’re always white middle class people.

“So when you don’t see yourself represented in genuine healthcare information… when you feel that disparity that the message isn’t for me, those healthcare messages don’t come forward so your ability to engage with mainstream medicine is not going to be there.”

Dr Arif is having success with her own TikTok posts, many of which she does in Punjabi.

One such video, which showed her receiving the vaccine, had been viewed by more than 100,000 people.

“The important thing is I know they can use my evidence-based information TikTok, put it into the family WhatsApp group, and hopefully that will then spread in a language they can understand,” she said.

Related: ‘NHS privatisation by stealth’ as GP practice operator with 500,000 patients passed to US insurer