Harri said GB News is “rapidly becoming an absurd parody of what it proclaimed to be”. 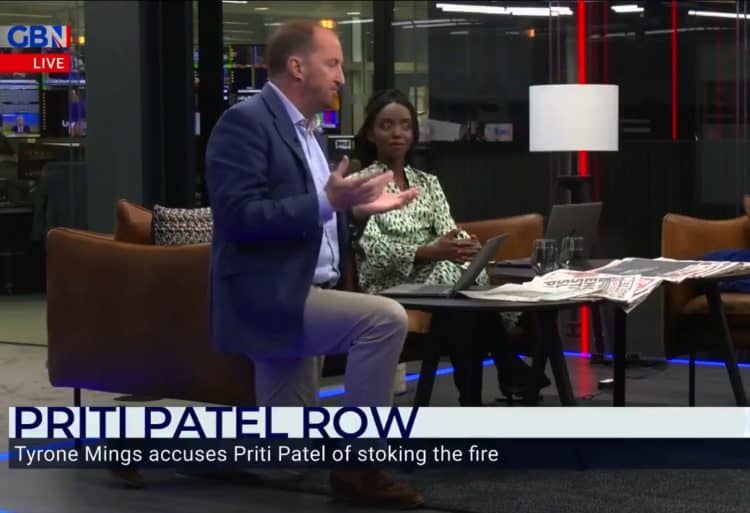 Guto Harri has quit GB News after he was suspended for taking a knee during an on-air discussion about the racist abuse of England’s black football stars.

The broadcaster, a former BBC correspondent and advisor to Boris Johnson during his time as Mayor of London, confirmed his decision to quit the upstart channel on Sunday.

Last week, GB News apologised after Harri made the gesture on a live programme, claiming it breached its editorial standards.

Amid turmoil at the Andrew Neil-fronted station, Nigel Farage announced that he will be hosting a new nightly show, adding that he “will not be taking the knee for anyone”.

In a resignation letter, seen by the BBC, Harri asked GB News to “please explain how that [Farage’s stance] does not breach editorial standards but I did”.

Writing in The Sunday Times this week, Harri said that he had “liked and trusted those in charge and supported the broad vision” of GB News.

But he suggested it was “rapidly becoming an absurd parody of what it proclaimed to be”, revealing he had discussed taking a knee with colleagues and superiors before he did so, and was not asked to refrain.

“GB News captured the moment and proudly cascaded it through social media,” he wrote. “Watch five minutes of the channel and you’ll see how presenters are encouraged to speak freely, confront sensitive subjects, engage in difficult debates and make a case.

“However, what followed was a tsunami of disappointment, resentment and hate. Old friends were amused to see me described as woke and Marxist. By Thursday night, the boss called and I’d been taken off air for the summer.”

He added: “Whatever nerdy academics tell you about Black Lives Matter associations, taking the knee is now a simple, bold statement that you reject racism. And if that’s an issue for a channel or government, it’s a big problem for all of us.”

Harri’s actions sparked a viewer backlash and threats of a boycott, with ratings for some GB News plummeting to close to zero in the days following the gesture.

Farage’s new show was announced on Saturday, amid reports that the channel’s director of news and programmes – John McAndrew – had stepped down.

The former Ukip and Brexit party leader said: “Since politics I have done a fair bit of broadcasting and broadcasting matters. It really, really does.

“It gets people to look at issues, think about issues in different ways and can be very influential

The former MEP was among the first guests to appear on the fledgling broadcaster, featuring on Dan Wootton’s show during launch night.

It comes after GB News chairman Andrew Neil, who has been absent from the channel after announcing a break two weeks into its launch, said it was “finding its feet” but had a “great future” ahead of it.