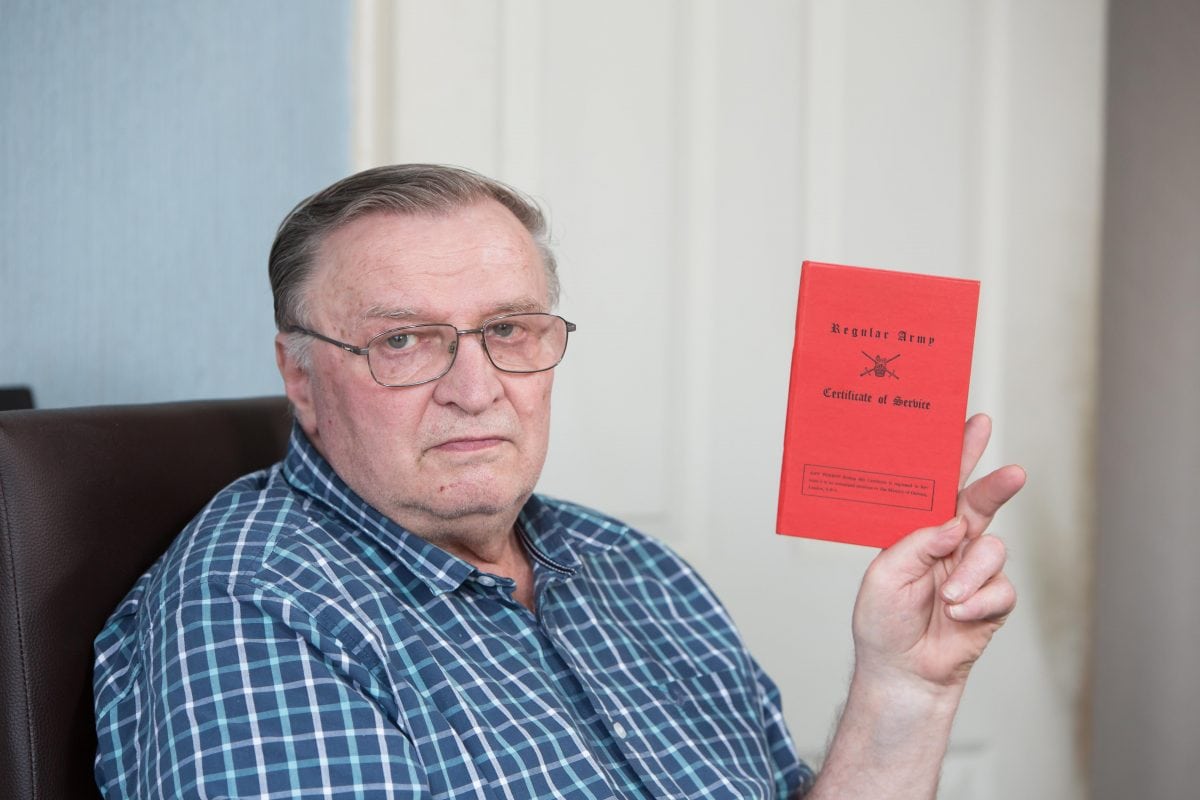 A grandfather who served in the Grenadier Guards after his family fled the Nazis has been refused a UK passport – because he was not born in Britain.

Tadeusz Polanski, 74, came to the UK aged seven after his Polish parents escaped German-occupied Krakow during the Second World War.

Mr Polanski whose parents, wife, brother and sister are all British said he had served Queen and country in the forces, paid taxes all his working life and felt betrayed.

His MP, Labour’s Richard Burden brought his case up in the House of Commons, asking Home Secretary Amber Rudd: “Can I tell her about a constituent of mine, who was born in a Commonwealth country to Polish refugees from Nazism who has lived in this country since 1951 and who has served the Grenadier Guards and was turned down for a UK passport?”

Amber Rudd, and her predecessor as Home Secretary, Theresa May, are coming under increasing pressure over more details that keep emerging about the “hostile environment” they have been planning for immigrants in Britain.

Before settling in the UK, Mr Polanski’s parents lived in the former British colony of Southern Rhodesia, where Mr Polanski was born in 1944.

In 1951 the family moved to the UK and made the country their home.

Mr Polanski left school and joined the army before going on to serve in the Grenadier Guards for six years.

During his military career, Mr Polanski served in Germany and Cyprus and took part in the Trooping the Colour ceremony to mark the Queen’s birthday between 1961-1967. 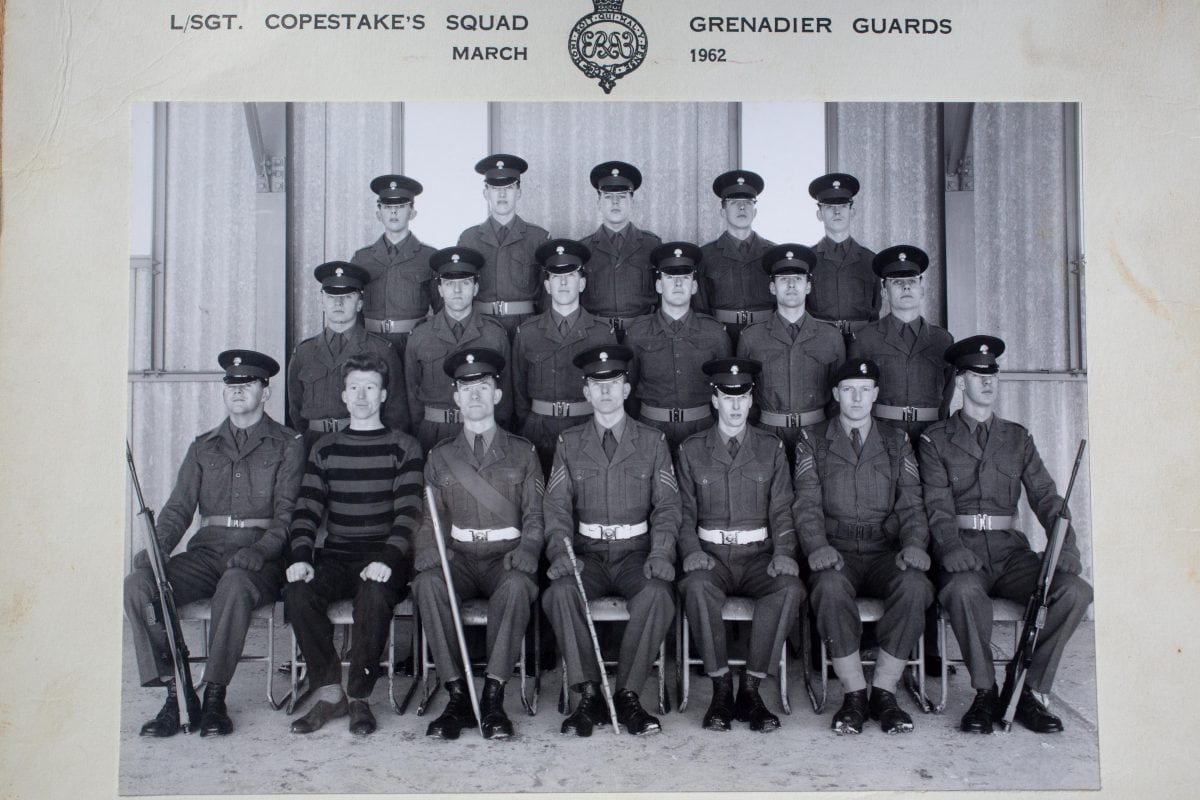 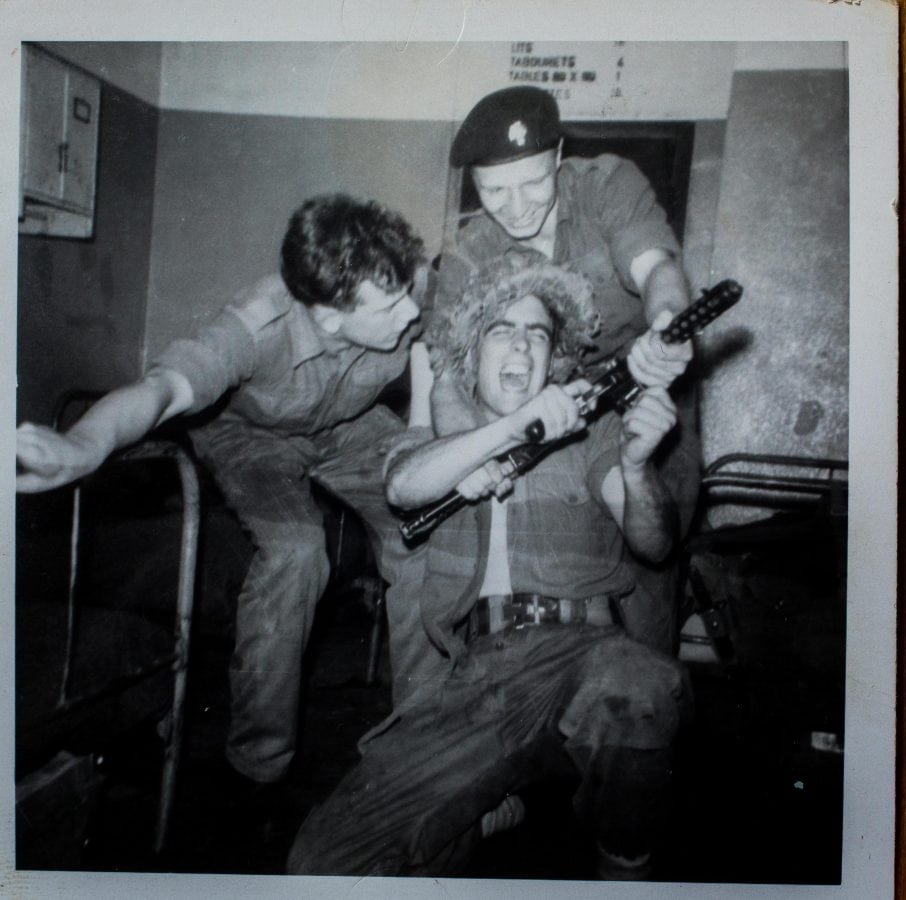 Despite living and working in Britain for almost 70 years, the pensioner, who has three grown-up children and four grandchildren, was refused a British passport.

Instead, the Home Office told him he must apply for a South African passport because his birthplace of Southern Rhodesia was no longer a British colony.

Mr Polanski, who lives in Birmingham where he ran a pet shop after leaving the military, says he fears for his future in the UK.

He said: “I applied for a British passport in 1996 and was rejected by the Home Office.

“I filled out their application form and sent it off with all my documents and even my army documents. 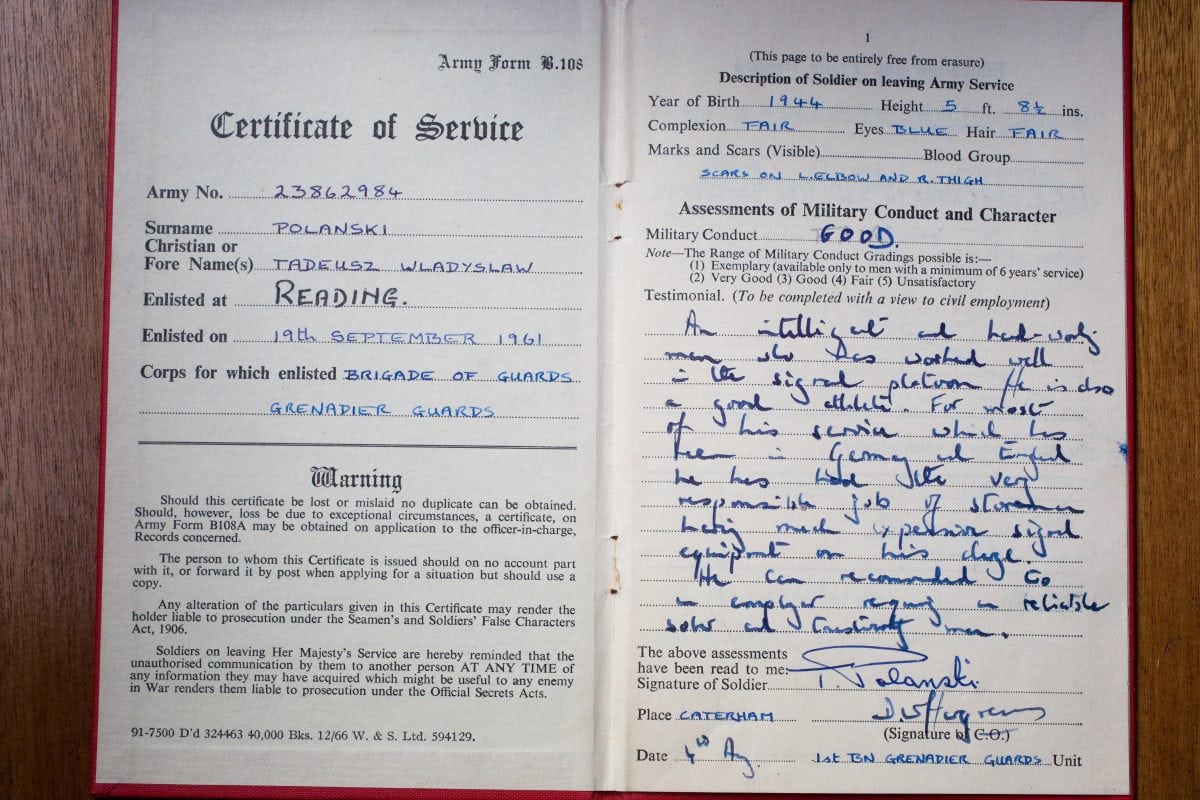 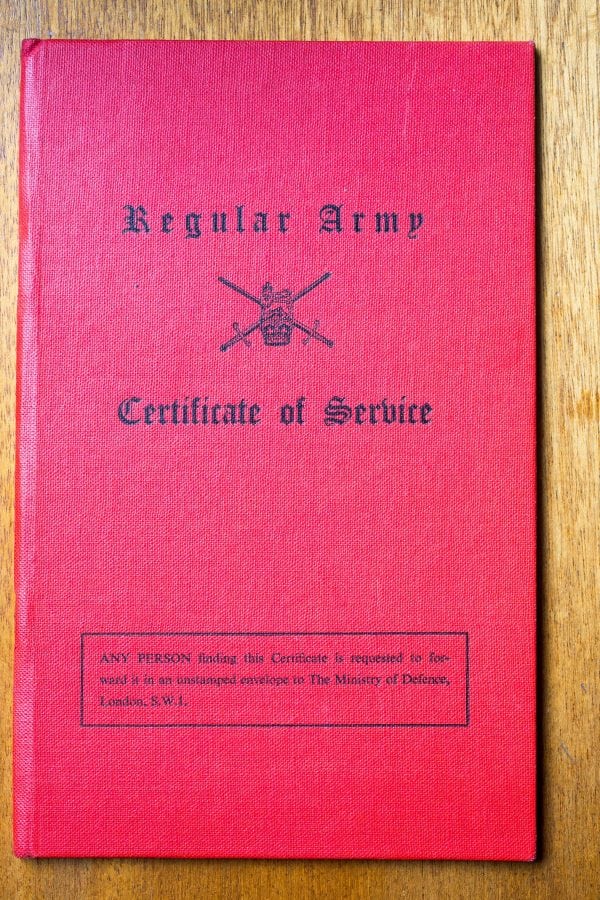 “They sent me back a letter that said my request was rejected and told me if I wanted to apply again to do so via different channels.

“Essentially I was told that even though I served in the British Army, I was not British enough to qualify for a passport.

“My parents fled their home in Poland because of the Nazis invading during World War Two.

“They moved to the British colonised Marandellas in Southern Rhodesia in 1944, where I was born.

“My parents were then offered the chance to come to the UK and they did, and I’ve lived here ever since.

“I was told if I wanted to travel then I would have to apply for a South African passport.

“I think I should be entitled to a British passport not a South African one.

“I would love to visit my sister who lives in Australia or even my other family in Poland.

“But I’m in constant fear that if I do leave the country then they would block me from coming back.

“That’s my worry, this is my home, I don’t want to be pushed out.

“I am getting too old apply for another passport from a different country.”

“I feel betrayed, I feel like they’ve gone back on their word.

“There are probably more cases out there like mine, people who couldn’t help how they were brought here.

“We ran a pet shop together for 33 years, I had made my whole life here, it’s just devastating really.

“My mother and father were British citizens, as are my brother and sister.

“This is my country, I have served in the forces and paid my national insurance and taxes.

“I feel as though the least I deserve is my British citizenship.” 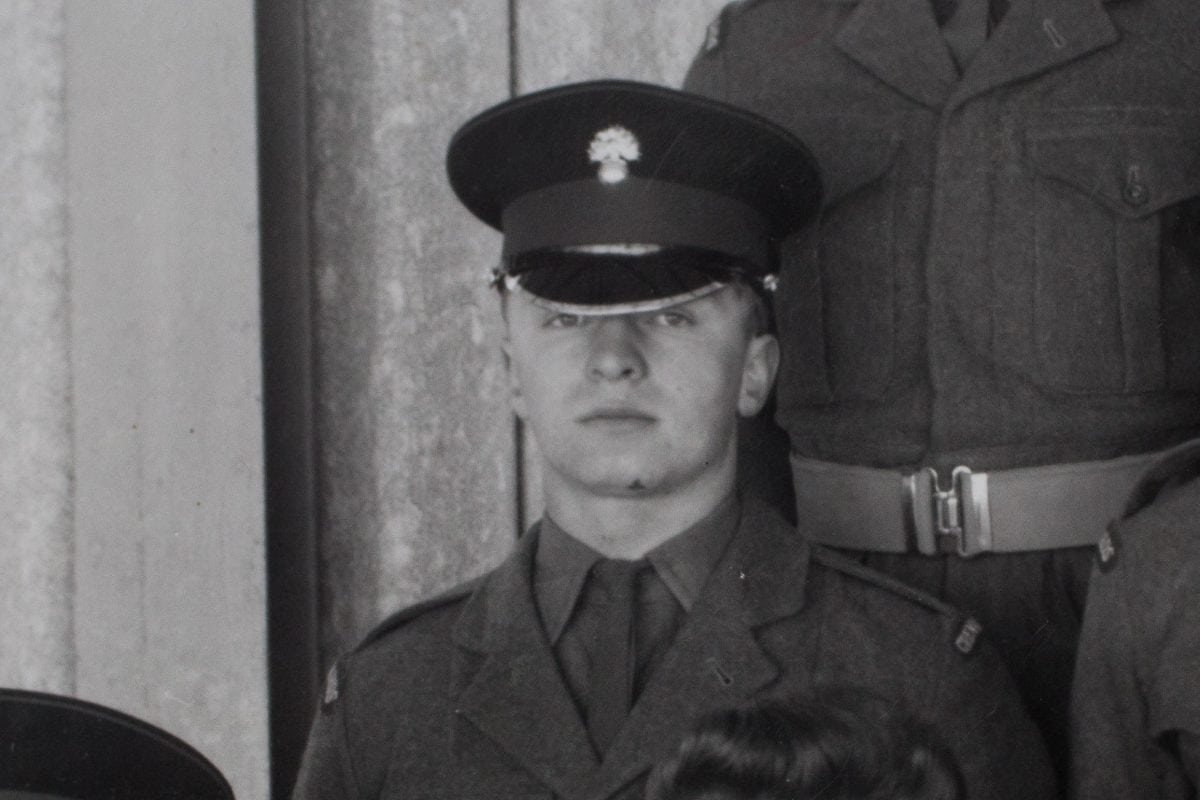 Speaking in a House of Commons debate into the Windrush scandal, Mr Burden told
Home Secretary Amber Rudd: “Can I tell her about a constituent of mine, who was born in a Commonwealth country to Polish refugees from Nazism who has lived in this country since 1951 and who has served the Grenadier Guards and was turned down for a UK passport?

“Will people in his situation be subject to the fast track procedure?” 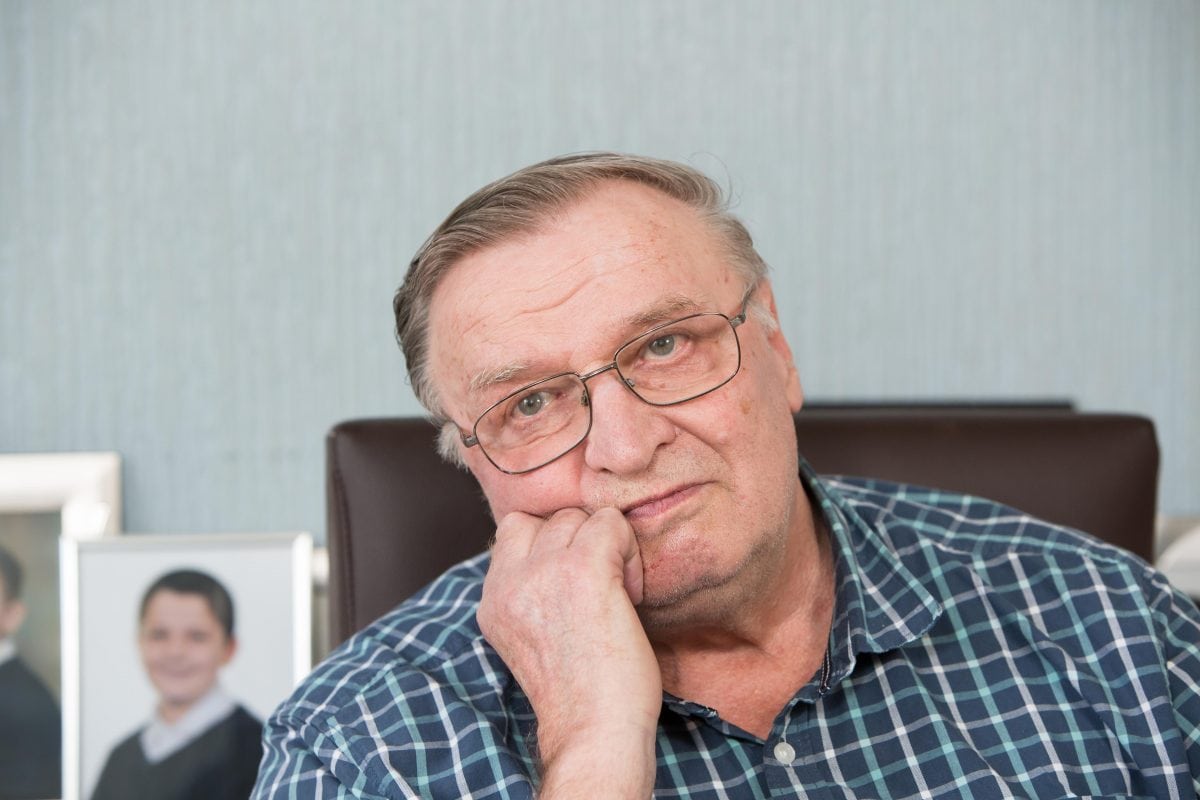 In response, Mrs Rudd urged Mr Polanski to write to her about his concerns, adding:

“The default position of the team I am setting up is to accept people.

“The only exception where they wouldn’t be accepted is on serious criminality.”

The Home Office confirmed they were contacting Mr Polanski regarding the issue.
By Ben Gelblum and Arun Lal