"If it turns out to be true that the government for Brexit-related reasons refused to take part in the procurement advantage offered by EU governments, thus making it harder for the NHS to deal with the Covid-19 and placing thousands of people at risk, the entire front bench ought to resign." 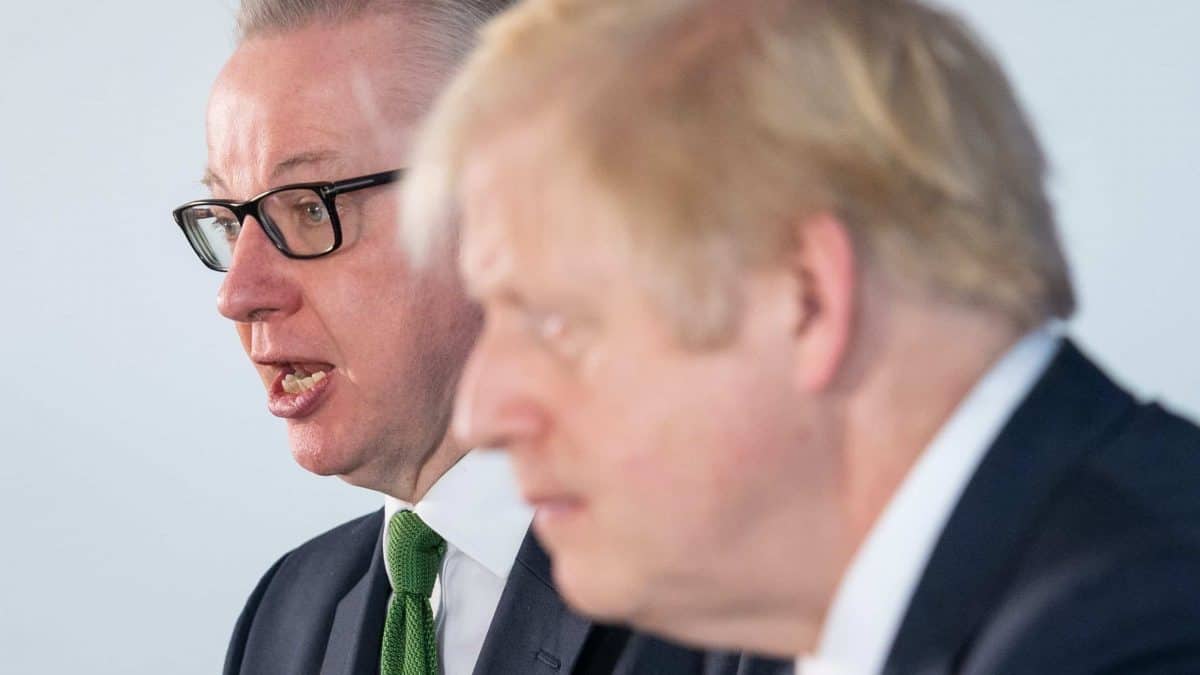 The entire front bench should resign if – as was finally admitted today – they “refused to take part in the procurement advantage offered by EU governments, thus making it harder for the NHS to deal with the Covid-19 and placing thousands of people at risk,” one of the nation’s best loved authors has said.

In a damning assessment of the government’s response to the Covid-19 pandemic which has been coming under increasing criticism for leaving the country and health system ill-prepared, Sir Philip Pullman suggested the government should be tried for murder if they knowingly put Brexit before people’s lives in a political refusal to cooperate with offers from the EU to share its power to secure bulk buying of medical equipment.

The intervention came as the UK’s decision not to participate in the EU scheme which could have provided much-needed ventilators to intensive care units was revealed to be politically motivated and not down to a communication error, as the government had claimed.

Speaking at the Foreign Affairs Committee on Tuesday afternoon, permanent under secretary Sir Simon McDonald admitted that ministers were briefed about the EU schemes on offer, and actively chose to turn them down.

He said: “It was a political decision. Brussels briefed ministers about what was available, what was on offer, and the decision is known.”

Boris Johnson’s spokesperson previously dismissed the scheme before rowing back to claim it was an e-mail error. At the time they said: “owing to an initial communication problem, the UK did not receive an invitation in time to join in four joint procurements in response to the coronavirus pandemic.”

But just days before, Health Secretary Matt Hancock had claimed the government was engaging with the invitation. Michael Gove later backtracked, claiming that the UK did not need the ventilator scheme “as an independent nation”, claiming experts had assured him that the country could source its own ventilators without joining the initiative.

Entire front bench ought to resign

“If it turns out to be true that the government for Brexit-related reasons refused to take part in the procurement advantage offered by EU governments, thus making it harder for the NHS to deal with the Covid-19 and placing thousands of people at risk, the entire front bench ought to resign. But of course they won’t: they have not a single grain of shame. So they should be arraigned on charges of conspiracy to murder. Nothing less will do. They knew the risks, and thought they’d rather appease the foaming zealots of Brexit,” wrote Philip Pullman.

The best-selling author’s excoriating critique went viral as Matt Hancock came under increasing pressure when it was revealed that Britain only made a formal request to Turkey over a consignment of personal protective equipment on Sunday – the day after a cabinet minister announced the much-needed “very significant additional shipment” was on its way.

Sir Philip Pullman also called for the Coronavirus crisis to lead to a radical rethink of the nation’s Brexit policy and whether it would impede its recovery.

‘The lies, the cheating, the flagrant and shameless mendacity’

The award-winning novelist wrote in an essay on the website of his publisher Penguin: “The circumstances have changed so profoundly, we must hold back on Brexit itself. There are so many clear advantages to being in the EU, and the benefits of leaving are so tenuous and fanciful, that we must revisit the referendum and hope that this time the Labour Party under a new leader will play a proper part in the argument; and that the lies, the cheating, the flagrant and shameless mendacity will be fully exposed by a strong, passionate, and focused campaign to remain.”

The Covid-19 crisis should lead to a radical reform of our political system, argued the author of His Dark Materials series of books.

“If we come out of this crisis with… the same vain and indolent public schoolboys in charge, the same hedge fund managers stuffing their overloaded pockets with greasy fingers, our descendants will not forgive us. Nor should they. We must burn out the old corruption and establish a better way of living together,” he added. Sir Philip also called for reform of the voting system.

The writer was knighted last year by the Prince of Wales during a Buckingham Palace investiture ceremony.

The His Dark Materials trilogy is made up of Northern Lights, published in 1995, The Subtle Knife (1997) and The Amber Spyglass (2000). A film adaption of the trilogy’s first instalment, starring Nicole Kidman and Daniel Craig, was released in 2007 under its US title, The Golden Compass.

His Dark Materials won awards including the 1995 Carnegie Medal, for Northern Lights, and the 2001 Whitbread Book of the Year prize, for The Amber Spyglass.

Eton has ‘a hold on the high places of politics’

In his blistering attack on the government he took aim at education policies that have furthered inequality. In his essay he added: “It is quite extraordinary that one school, Eton College, should have such a hold on the high places of politics. It’s also extraordinary, and scandalous, that the magnificent facilities and opportunities that the public schools (the commercial schools, as A.H. Halsey liked to call them) offer to their pupils are not equally available to every child.

“The present dreary culture of mechanistic tests and meaningless league tables and invented fetishes like ‘fronted adverbials’ should be swept away like filthy cobwebs; children need light and drama and music and poetry and science and art and curiosity and libraries and plenty of grass to play on, and plenty of time to run about and fool around. We should start by abolishing the tax privileges the commercial schools benefit from by pretending to be charities, and pour money into the schools most children go to.”

Sir Philip in the past has accused the Government of having an exams “fetish” that is “ruining” children’s lives and “destroying childhoods.”

The author has said he believed that “the Government or whoever is in charge of education has got it badly wrong”. Tests such as SATs should be ditched in favour of teachers and children reading for pleasure, he argued: “They seem to be doing their best to ruin children’s lives. We hear of the desperate straits that some children get into now, older children who are facing GCSEs and A-levels and so on. It’s entirely unnecessary.

“Yes, we have to test children, at some stages of education. Of course we do. They have to have exams, but to make them a complete fetish and to make the very existence of the school depend on their success in the league tables is just monstrous. It’s absolutely monstrous. There’s no need for it whatsoever. It’s damaging, it’s destructive, it’s entirely counter-productive.”

The writer also controversially said in a since-deleted post on Twitter last summer that he thinks of a “rope” and “the nearest lamp-post” when he hears Boris Johnson’s name. “I don’t advocate hanging Boris Johnson. I think that would be a very bad idea” he made clear. Though he added: “Johnson’s attempt to silence Parliament is a low point in our nation’s political history.”

He also called the Prime Minister a dictator last year, adding: “We must get rid of him and his loathsome gang as soon and as finally as possible.”