Mr Johnson met ministers in No 10 on Wednesday, where he was told he has lost the confidence of the Conservative Party and should not continue in office – but refused to listen. 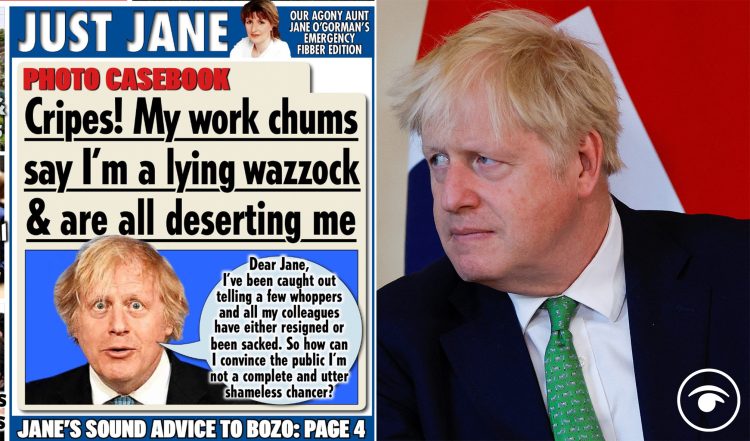 A “mortally wounded” Boris Johnson is splashed across the front pages as he battles to keep himself in the top job amid mass resignations.

Mr Lewis told Boris Johnson the Government requires “honesty, integrity and mutual respect” and it is “now past the point of no return”,

He was later hit with the departure of a third Cabinet minister – Welsh Secretary Simon Hart.

Mr Johnson met ministers in No 10 on Wednesday, where he was told he has lost the confidence of the Conservative Party and should not continue in office – but refused to listen.

The Financial Times reports the politician has been “rocked” by a Cabinet revolt, while The Sun has the headline “You’ll have to dip your hands in blood to get rid of me” and The Independent refers to the episode as the “bitter end”.

The Times says the PM “fights for his life”, he is described as “mortally wounded” by The Daily Telegraph and the Daily Mail has him staring “down the mutiny”.

The Daily Mirror and Metro quote Mr Johnson’s Brexit slogan back as they call for him to “get exit done”.

The Cabinet’s rebellion is described as a “coup” by the i, while the PM is cited on the front of the Daily Express as telling colleagues to back him or face “political oblivion”.

The Guardian calls Mr Johnson “desperate” and “deluded”, with the Daily Star turning to agony aunt Jane O’Gorman as it refers to the politician as a “lying wazzock”.