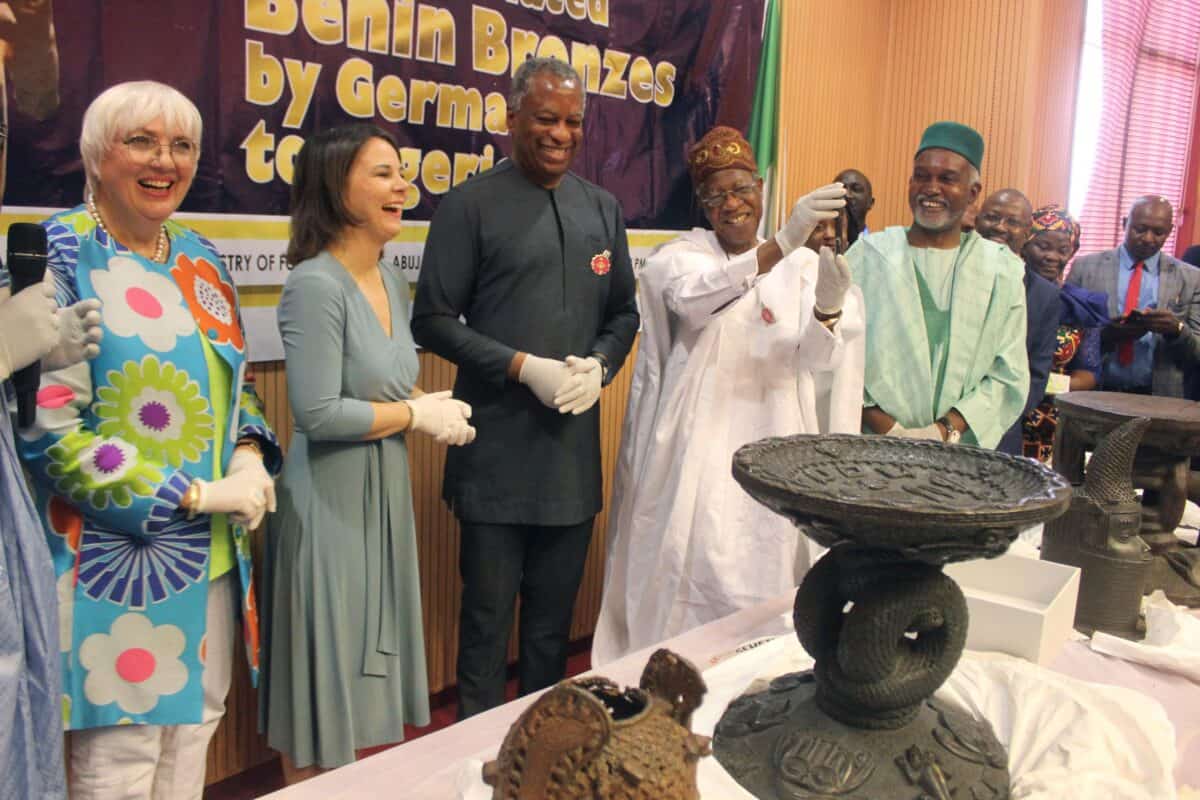 Germany returned 20 historic bronze sculptures to Nigeria as part of efforts to address its “dark colonial past”, the German foreign minister has said.

Annalena Baerbock returned the prized cultural artefacts to Nigerian officials in a ceremony in the capital Abuja. The sculptures, known as Benin bronzes, were looted from the West African country when it was under colonial rule.

Cast in brass and bronze with ancient designs, the sculptures were used in rituals to honour the Benin people’s ancestors and rulers.

More than 5,000 ancient artefacts are estimated to have been stolen from Nigeria by England, when it was the country’s coloniser, said Nigerian authorities.

Most of the treasures were stolen from the royal palace of the Kingdom of Benin — now part of southern Nigeria — and some ended up in the custody of other foreign governments including Germany.

Nigerian authorities have in recent years intensified efforts to get the looted artefacts to be returned. Earlier this year Germany pledged to repatriate more than 1,000 of them in the coming years.

Nigeria is Germany’s second-largest trade partner in Africa and by returning the items it hopes to start a new chapter for future bilateral relations, said Ms Baerbock.

“We see this as a first step. Many bronzes have been looted and stolen, so many will come back,” she said.

“This step is also important for us because we are dealing with our dark colonial past.”

Nigeria’s foreign affairs minister, Geoffrey Onyeama, said the nation felt “deep gratitude” to Germany for returning the artefacts. Beyond their aesthetic value they have cultural and spiritual importance to the Nigerian people, he said.

He called on England and other countries in possession of other artefacts to return them on moral grounds.

Activists say there needs to be more accountability that goes beyond the return of the items, such as compensation for the losses incurred by African countries throughout years of looting.

“We are only focusing on the physical objects. What about the digital properties of these works? Who owns those properties? And what is coming with these works?” said Victor Ehikhamenor a Nigerian artist and advocate for reparation efforts.

“What other restitution and payments do they have to make for holding these works for a long time and making money from it?” he said.

Tory leadership contest: How the week will unfold