A major undercover exposé of the white supremacist-linked ‘alt-right’ movement is launched today, revealing the year that a gay anti-racist activist from Sweden spent deep inside the world’s most active far-right network, on both sides of the Atlantic. Included as part of a groundbreaking new report into the ‘alt-right’ and its sister movement, the ‘alt-light’, […] 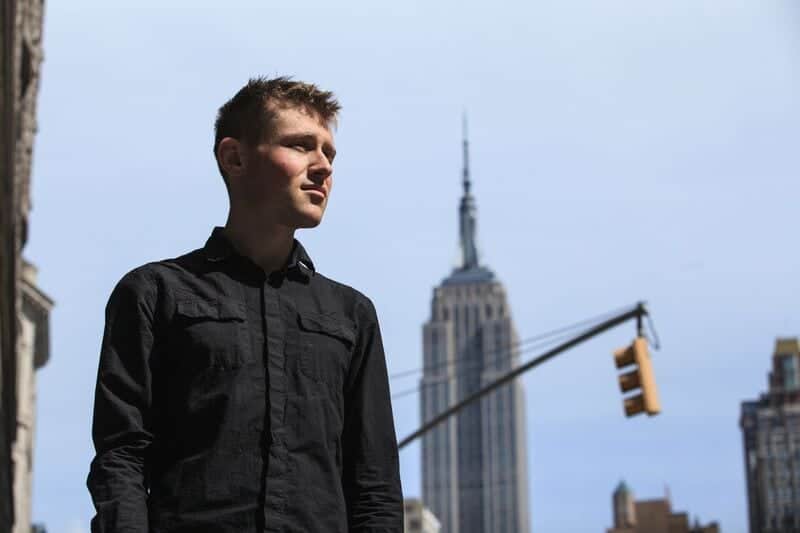 A major undercover exposé of the white supremacist-linked ‘alt-right’ movement is launched today, revealing the year that a gay anti-racist activist from Sweden spent deep inside the world’s most active far-right network, on both sides of the Atlantic.

Included as part of a groundbreaking new report into the ‘alt-right’ and its sister movement, the ‘alt-light’, The International Alternative Right: From Charlottesville to the White House has been compiled by British anti-extremism organisation HOPE not hate, which today is launching a new organisation in the USA.

The International Alternative Right: From Charlottesville to the White House, and undercover operative Patrik Hermansson’s account, uncovers the shocking truth behind the most influential and disturbing far-right network active in the world today. It provides a comprehensive profile of a growing, dangerous and influential movement, including filmed undercover encounters with reclusive alt-right leadership figures.

Included are first-hand accounts of the Charlottesville violence, explanations of the Alternative Right’s influence on and links to the White House, encounters with armed white supremacists threatening race war, meetings with notorious Holocaust deniers, and details of key figures and networks both in the UK and USA.

Shockingly, the report also reveals claims by one of America’s leading alt-right figures, Jason Jorjani, a founding member of AltRight Corporation alongside Richard Spencer, that he had links with the Trump Administration.

Undercover filming recorded him saying: “Let me tell you I had contact with the Trump Administration. The alt-right corporation was not just like I came up with some hair brained idea by myself. […] I had contacts… I’m not gonna be specific, but, you know, we had projects, we were gonna go somewhere…. I was the interface.”

The International Alternative Right: From Charlottesville to the White House also unveils the deep racism, extreme antisemitism, anti-feminism, homophobia and anti-Muslim views of this movement’s many tens of thousands of adherents, looks at its iconography (such as Pepe the Frog and the fictional ‘Kekistan’), links to online trolling culture and the ‘Manosphere’, and explains how it has spread so swiftly via the internet.

Speaking of his experiences infiltrating the alt-right, Patrik Hermansson said: “For almost a year I’ve been at the heart of a world of extreme racism, antisemitism, Holocaust denial, esoteric nazi rituals and wild conspiracy theories. What I found was a movement that sometimes glorifies Nazi Germany, openly supports genocidal ideas and is unrelentingly racist, sexist and homophobic.”

Nick Lowles, chief executive of HOPE not hate, added: “I commend Patrik Hermansson’s bravery, which has helped expose the hatred beating at the heart of this vile and spreading network.

“His revelations and this report heralds our launch in the USA, following our successful exposés of the largest Ku Klux Klan group in the States last November, and in exposing and thwarting Defend Europe extremists who hired a ship to harass rescue vessels in the Mediterranean this summer. We have also helped prevent ex-UKIP party leader [and Steve Bannon friend] Nigel Farage from being elected as an MP, following extensive and targeted electoral campaigning.”

Report co-author Dr Joe Mulhall, of HOPE not hate said: “Despite its roots stretching back decades, the Alternative Right remains much misunderstood. This movement seeks to destroy the liberal progressive consensus and the movements and rights that derive from it. Some of the platforms pushing this agenda have the ability to reach hundreds of thousands or even millions of people every month.”

“Its danger can also be seen in the murder of Heather D. Heyer in Charlottesville, Virginia, in the coordinated antisemitic harassment campaigns conducted by Andrew Anglin of the Daily Stormer website, and in the electoral impact of the conspiratorial #HillaryHealth fabrication or the #MacronLeaks scandal, which were promoted by alt-light activists.

The new website about the Alternative Right has clips, timelines, profiles, etc, here