“I really find it hard to believe that in this day and age, with our knowledge and understanding of how important trees like this are on so many levels, that anyone could even think of removing it, let alone for the reason given." 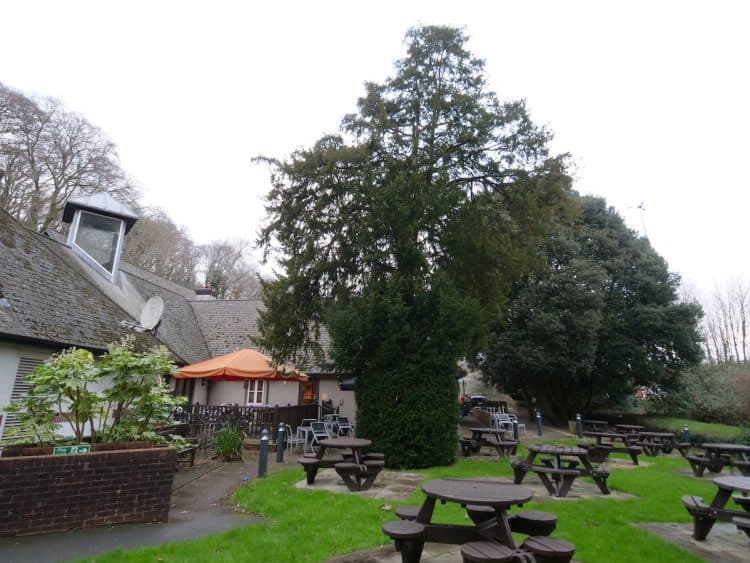 Campaigners are furious over plans to chop down a centuries-old tree because as it leads to a “poor guest experience” at a hotel – by dropping leaves into guests’ drinks.

Permission is being sought to remove the ancient Yew tree located in the grounds of a Premier Inn hotel and Beefeater restaurant.

Owners of the site Marsh Mill say they want to “reduce it to ground level” as it was affecting guests and diners by “shedding seeds and debris” all over the patio.

The applicants say it is becoming “incredibly hard” to upkeep and maintain with leaves regularly falling into guest drinks and food.

But locals living close to the site in Plymouth, Devon, have objected and said the tree had been around a lot longer than any buildings in the area.

Among them was Zandra Bull, who wrote: “I really find it hard to believe that in this day and age, with our knowledge and understanding of how important trees like this are on so many levels, that anyone could even think of removing it, let alone for the reason given.

“This tree has been there long before any buildings appeared around it and is seen by so many people on a daily basis as they drive into Plymouth.

“There are no concerns about health or safety and its removal is simply because it drops leaves and seeds into people’s drinks.

“Now more than ever we need to hang on these ancient trees that are irreplaceable.”

Stan Dawe added: “Given the size of the tree it will be several hundred years old and potentially could live for another 500 years.

“The reasons given for removal are trivial . Any debris on a patio can be easily swept up. I have sat under Yew trees and do not recall any debris falling.”

Steve Wheeler added: “Yew trees are an iconic part of British heritage. The tree under threat has provided ground stability, shelter for wildlife and an aesthetic presence in the Marsh Mills area for centuries.

“To destroy it on any other premise than public safety would be both a travesty and a blight on Plymouth’s environment.”

Paul Sweeting added: “Please don’t allow an ancient tree to be cut down because of its inconvenience towards a multinational company looking to cut costs. Let’s focus on planting trees, not cutting them down.”

Other residents said the hotel should redesign its own outdoor area if it was causing a problem instead of removing the tree.

Kevin Warley wrote: “The TPO would have been granted after full consideration of the position of the tree in a hotel’s beer garden and the subsequent effects of shedding leaves and berries.

“A redesign of the outside area of the hotel should be carried out instead.”

On forms submitted to Plymouth City Council, the applicant wrote: “It sheds seeds and debris all over patio. This is incredibly hard to upkeep and maintain.

No further details on the reasons for the work was given.

So far a total of 17 letters of objection have been submitted to Plymouth City Council who will make a decision on the application at a later date.