Far-right Australian lawmaker Fraser Anning found himself, literally, with egg on his face yesterday after a protester smashed one on the side of his head at a Melbourne news conference. The Aussie senator had blamed the slaughter at two Christchurch mosques on immigration policies that “allowed Muslim fanatics to migrate to New Zealand in the first […] 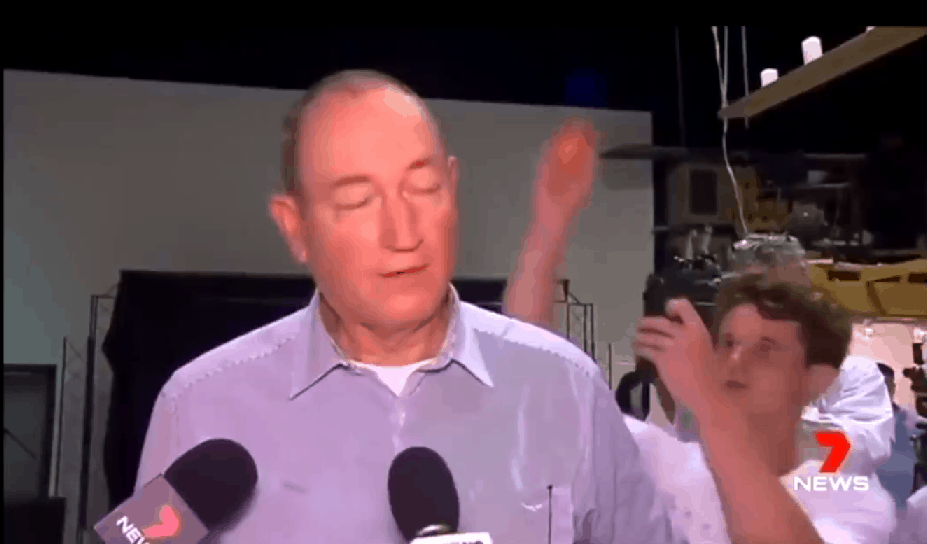 Far-right Australian lawmaker Fraser Anning found himself, literally, with egg on his face yesterday after a protester smashed one on the side of his head at a Melbourne news conference.

The Aussie senator had blamed the slaughter at two Christchurch mosques on immigration policies that “allowed Muslim fanatics to migrate to New Zealand in the first place”, provoking outrage across the world.

And yesterday he felt the public’s angst first hand after a teenager delivered an egg to his head as he spoke to the media in south Australia.

With a camera phone in one hand and an egg in the other the protester managed to evade security to reach the outspoken politician.

But the reaction of Anning and his team has prompted outrage on social media, with the young boy getting physically and verbally assaulted in the aftermath of the incident.

I stand with Egg Boy ✊? he did what the majority of Australia wanted to do. #EggBoyHero pic.twitter.com/C5fBdO0uWB

Anning took two swings at the protester that were caught on camera, before the young man was physically man-handled off the stage.

One of his team can be heard saying: “You’re nothing but a weak human being you pr*ck”, as he holds the demonstrator in a chokehold.

Watch the clip in full below, and be advised that it contains disturbing footage.

This is what Fraser Anning’s right-wing lads did to the boy. #auspol #FraserAnning pic.twitter.com/sJNzRLppG5