Thousands of new hire bikes dubbed Sadiq Cycles are being rolled out across London – offering an upgrade on the original Boris Bikes. The Mayor of London announced the arrival, with the new bikes offering riders improved handling, a new gel saddle, tyres with puncture prevention and BLUETOOTH. The bikes have been designed and built […] 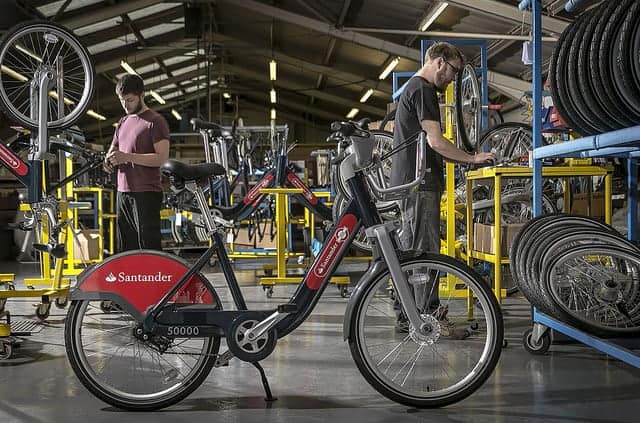 Thousands of new hire bikes dubbed Sadiq Cycles are being rolled out across London – offering an upgrade on the original Boris Bikes.

The Mayor of London announced the arrival, with the new bikes offering riders improved handling, a new gel saddle, tyres with puncture prevention and BLUETOOTH.

The bikes have been designed and built by England’s longest established cycle manufacturer Pashley Cycles and will join TfL’s flagship cycle hire scheme over the next few years.

Sadiq Khan, said: “It’s great news that the first of our brand-new cycle hire bikes have arrived on London’s streets.

“Tens of thousands of Londoners and tourists enjoy using the bikes to get around our city every single day, so by making them more comfortable and manoeuvrable we’re hoping they’ll be even more popular.

“That’s good for our health, our air quality and for tackling congestion.”

Last year was a record-breaking year for Santander Cycles with an unprecedented 10.3m hires – 4.4 per cent up on 2015.

This year there have been more than 8.7m hires, with five of the nine months beating year-on-year records for the number of journeys being made.

The new bikes have been designed to be easier to ride and maintain, meaning more cycles will be available to hire more often and reduce maintenance costs.

Will Norman, London’s Walking and Cycling Commissioner, said: “Santander Cycles are a brilliant way for all abilities to experience cycling around London.

“They’ve become a real icon of the capital’s streets, appealing to commuters and visitors, so I’m really pleased that we can make them even easier to use.

“I’ve no doubt that these upgraded bikes are going to help us break more records and encourage even more people to take to two wheels.” 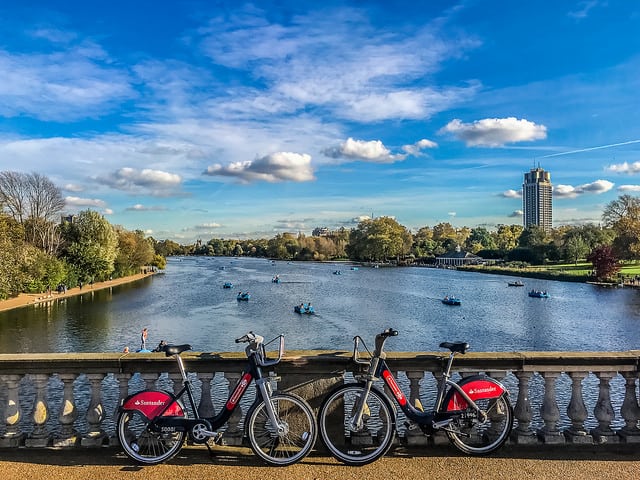 As well as the new design, 2017 will see Santander Cycles extend into Brixton with seven new docking stations, providing space for up to 200 bikes, installed across the borough this winter.

Serco will continue to maintain the cycles, as well as distribute them around London ensuring that docking stations are full.

The new cycles have inbuilt bluetooth and the capacity for GPS technology, which will allow Serco to record the performance of the bikes.

Ahead of joining London’s streets, the upgraded bikes have undergone robust tests, including mountain bike testing.

British start-up company, Blaze, has helped transform the lights on the new Santander Cycles, which include a new brighter brake light and greatly enhanced Blaze Laserlight at the front with 180° visibility. 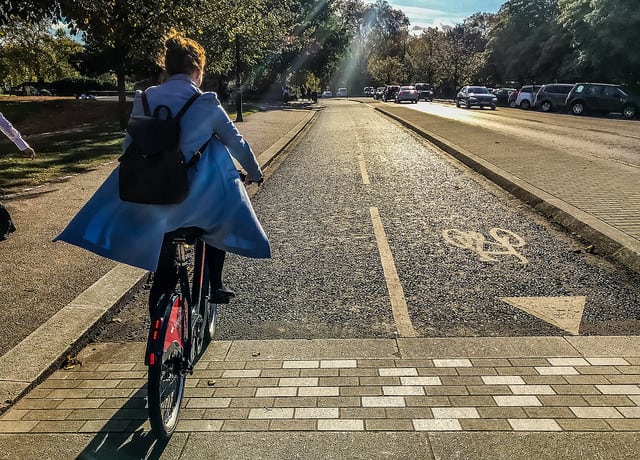 The Blaze Laserlight is now fitted to all 12,000 Santander Cycles to make riders more visible and increase their confidence on the roads.

Keith Moor, Chief Marketing Officer at Santander, said: “The new cycles have been designed to meet the evolving needs of London as an always on, connected smart city.

“We’re really excited about the new tech on the cycle, it’s been built in a modular way so we can easily add and update it.

“We’re calling this new technology platform CyTek and have developed it to help ensure we’re always one step ahead, continuing in our mission to help people and communities prosper.”