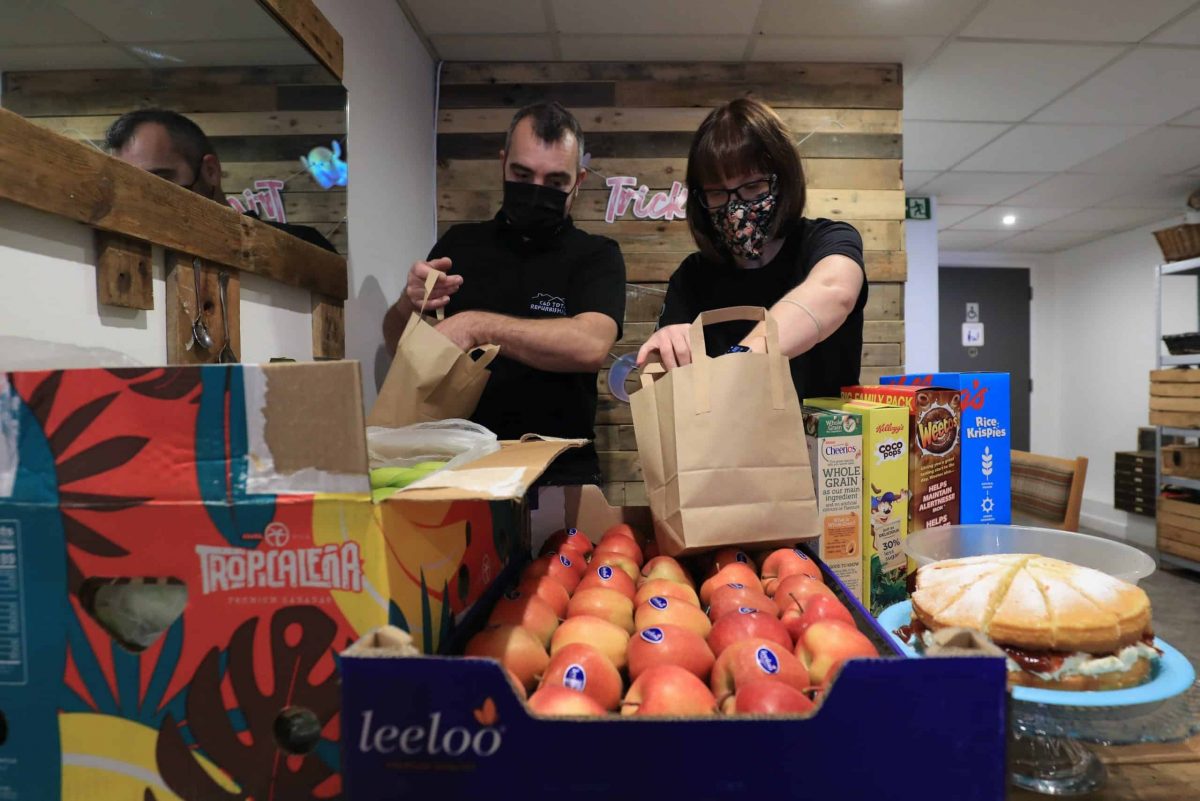 Thousands of free meals will be provided to children by businesses, local authorities and community groups on the first day of half term as the Government faces a damaging revolt on the issue.

Dozens of people from a range of organisations have stepped in to help, with Health Secretary Matt Hancock hailing them as “absolutely wonderful” while insisting that millions has already been provided to councils to help their communities.

A petition from footballer Marcus Rashford, who has been spearheading demands for free meals to be extended in England over the school holidays, has passed 800,000 signatures, piling further pressure on the Government to act.

Mr Hancock said he agrees “very strongly” with “the purpose” of Rashford’s campaign, telling Sky News: “I think we’re all inspired by the way that he’s led that campaign.

“And the purpose is that no child should go hungry, and that’s right.”

He said that Universal Credit had been increased by £20 a week while £63 million has already been provided by central Government to local authorities so that they can support people.

It was put to Mr Hancock that councils, including Tory-run councils, businesses and charities stepping in to say they will help with free meals for pupils shows that more direct action is needed.

“I think that’s absolutely wonderful that companies have come forward and are playing their part and supporting people in these very difficult times.

“I also think that it’s brilliant that the councils are coming forward, having been funded by central government, £63 million has gone to councils so that they can do exactly what you say, so that they can support people and make sure that everybody and every child gets the support that they need,” he said.

Mr Hancock said “of course” he welcomes the support from councils “because that is the councils delivering with the funding that has been provided by central government”.

He told Sky News: “I saw yesterday that Marcus Rashford called for people to work together, for collaboration on this, and I strongly agree with that.”

Businesses that have pledged to help with meals for local children include Barry’s Tearoom in Cumbria, Greenfields Farm in Telford, The Watering Can in Liverpool, Jordan’s Cafe in Worthing and Count House Cafe in Cornwall.

Those who have rallied around our communities, please continue to do so, you are the real pride of Britain.

Some of our children will be waking up anxious this Monday morning, let’s show them that there is never any shame in asking for help.

“No child should go hungry”

Conservative-led Bournemouth, Christchurch and Poole Council said it would be providing food parcels for families from Monday, tweeting: “No child should go hungry.”

Announcing almost 3,300 youngsters would receive £15 vouchers from their schools to cover the cost of meals during the holiday, Kensington and Chelsea council, which is also Tory-run, said: “No kid should go hungry.”

Other Tory-controlled councils getting on board include Hillingdon, which is in Boris Johnson’s constituency, Medway and Wandsworth, with the latter approving a £10,000 food voucher scheme.

The Prime Minister is reportedly planning to increase funding for the poorest families over Christmas, a move likely to be seen as a partial climbdown by the Government in its struggle with Rashford.

The Times quoted allies of Mr Johnson as saying work was under way on providing additional support for eligible pupils outside term time.

There was no immediate response to the reports from Downing Street.

It is unclear if it will be enough to defuse the growing anger on the Tory benches as more MPs continued to speak out against the Government’s handling of the issue.

Meanwhile, Sir Keir Starmer has sought to exploit the disarray in the Conservative ranks by confirming Labour would force another Commons vote on the issue if ministers do not relent in time for the Christmas holidays.

Senior Conservative MP Sir Bernard Jenkin has warned the Government had “misunderstood the mood of the country” and would probably have to think again.

Former children’s minister Tim Loughton, who abstained in last week’s vote on the issue, said he would vote against the Government if it came to the Commons again, while another ex-minister, Tobias Ellwood, expressed regret that he had supported the Government last week.

The Government comfortably defeated Labour’s motion calling for the extension of free meals during the holidays until Easter 2021 with a Commons majority of more than 60, with just five Tory MPs breaking ranks to vote with the opposition.

However, having already been forced to make one U-turn on the issue over the summer as a result of Rashford’s campaigning, ministers will be concerned at the prospect of another revolt when MPs return to Westminster following this week’s half-term recess.