Next year's festival will include a 'celebration' of British weather. 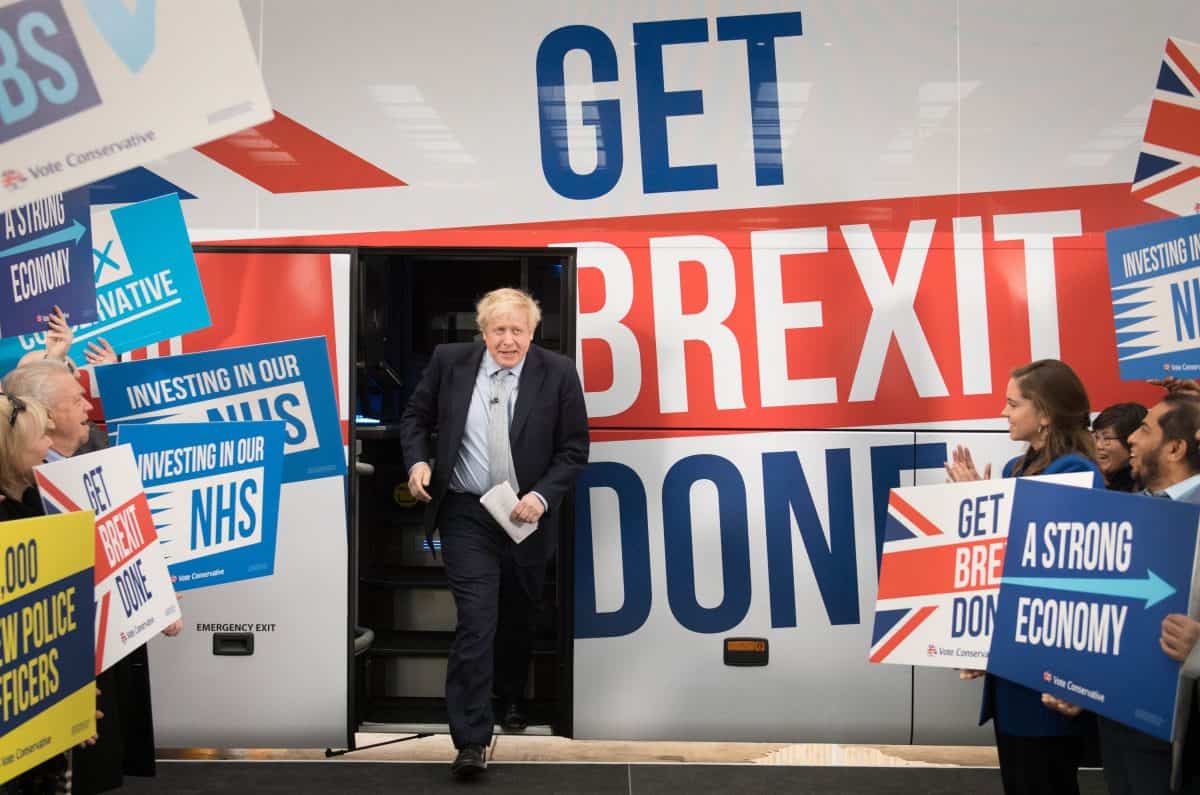 A celebratory, £120 million festival to commemorate Brexit will go ahead next year – and will include a ‘celebration’ of British weather.

The festival, which has been touted as a nationwide celebration of creativity aimed at bringing the UK together in 2022, was commissioned by Theresa May’s government – and given the go-ahed by Boris Johnson.

Organisers of the festival have now announced ten teams who have successfully pitched ideas. Although critics have labelled the event the “festival of Brexit”, and criticised the political motives behind its commissioning, organisers are adamant that it will be nothing of support.

Its chief creative officer, Martin Green, said all events would be “open, original and optimistic” – and designed to bring Brits together. Despite criticism at the cost, supporters have suggested that the festival will bring work to creative freelancers who have seen their careers decimated by the pandemic.

Although currently without an official name – it has a working title of Festival UK 2022 – an official moniker will be announced later this year.

It emerged this week that 30 teams had taken part in a three-month paid research and development process – with ten now chosen, although the public will have to wait to hear full details.

Angus Farquhar, the group’s creative director, said the plan was to encourage as many people as possible to grow their own food, and would involve spaces reclaimed to allow that. “I’m conscious of giving too much away,” he added.

Another Leeds-based studio is promising “a physical manifestation and celebration of the British weather and UK coastline”, involving “a large-scale installation that addresses global questions, encourages playfulness, elicits joy and presents and experiment in change”.

Other projects will be led by Turner prize-winning architecture collective Assemble, who are promising “an immersive experience exploring the wonder of the human mind through architecture, neuroscience, technology, light and sound”.

Claire Doherty of National Theatre Wales, another team leader, said the process had been “incredibly open and transparent … We trust Martin [Green]. Our team said how can we use this investment to help recovery after the pandemic, how can we make sure this project … really looks at who is under-represented and overlooked and listen to those voices.”

Green – whose CV includes the Olympic ceremonies and Hill city of culture – said the festival was one of a number of big events scheduled for the UK next year, including the Queen’s platinum jubilee.

The festival is funded by the UK government – but the devolved administrations are fully behind it, Green said.