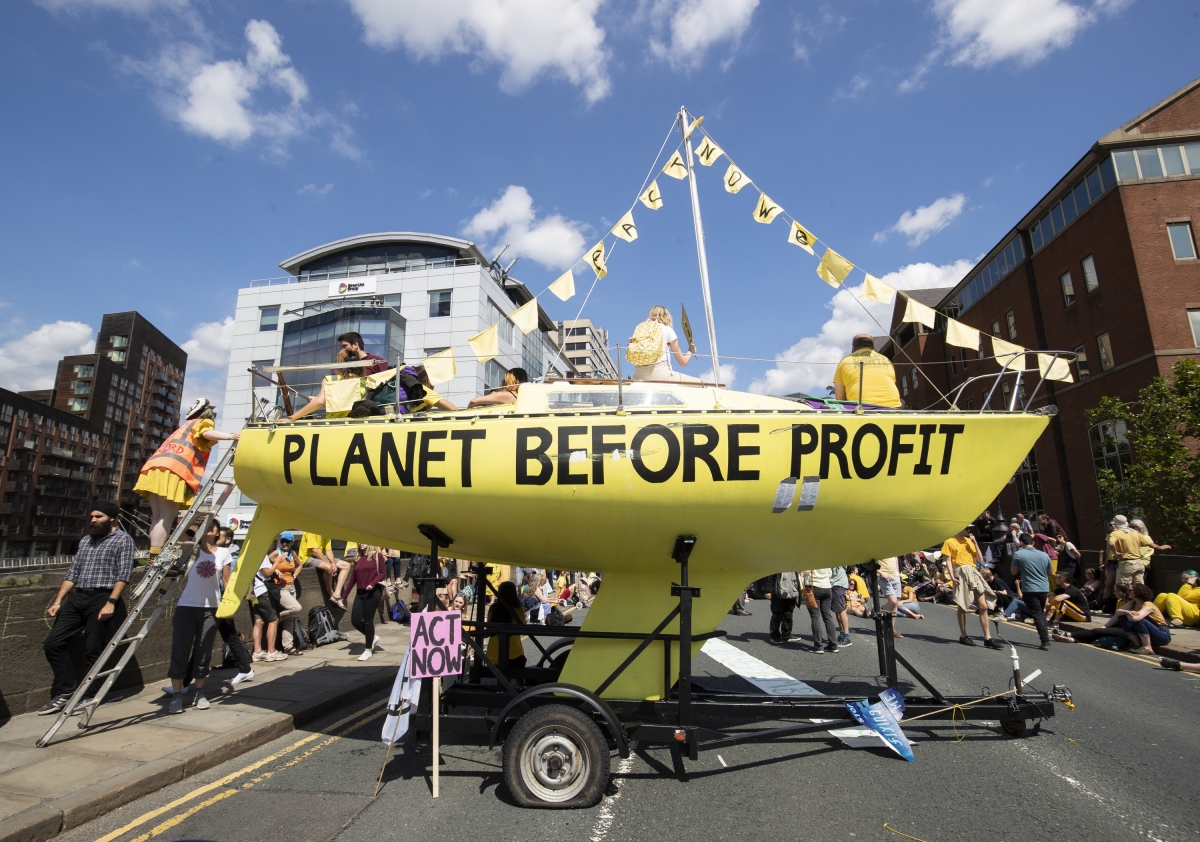 Environmental protesters are taking action across five UK cities to call on the Government to halt wildlife losses and cut greenhouse gases to net zero by 2025.

Extinction Rebellion, which brought central London to a halt earlier this year with protests calling for environmental action, has launched a “summer uprising” in Bristol, Cardiff, Glasgow, Leeds and London.

Extinction Rebellion vowed: “Starting Monday 15 July, we rise up in an organic, decentralised and coordinated action with one main message: ACT NOW!

“Throughout the week, rebels will disrupt central spaces in five cities with the support of local groups from across the UK.”

Protesters in each city are unveiling a large coloured boat, each named after an environmental activist, with the message “Act Now” on it.

The activists say they are staging a series of “creative acts of civil disobedience”, blocking specific locations, bridges and roads as well as holding talks, workshops, people’s assemblies and family-friendly activities.

In Glasgow, activists are using a 25ft purple boat to block Trongate, covering the intersection of Gallowgate and High Street, by the Merchant City clock tower.

The boat carries a message from the group which says “Act Now”, with “The future you fear is already here” on the other side of the vessel.

Protesters are targeting Leeds’ financial district to draw attention to the links between banking and the climate and ecological emergency.

Members of Extinction Rebellion parked a large green boat outside Cardiff Castle and held banners reading “Act Now” and “Climate Emergency” as commuters were subjected to delays during the morning rush hour.

Tents were also set up on grass in front of Cardiff City Hall, the home of the Welsh capital’s local government, as campaigners looked set to camp there ahead of more disruption in the coming days.

A leaflet handed out by campaigners said they were protesting “to prevent the breakdown of humanity’s life support system, the Earth”, and said they were calling for the the UK Government to create a “national assembly” to implement climate change solutions.

Stephen Lingwood, 37, from Extinction Rebellion Cardiff, said: “People are dying right now of climate chaos in places like India. It’s only going to get worse.

“We’re at the beginning of the sixth mass extinction and a climate genocide and the Government’s inaction is, in my view, criminally irresponsible.”

Protesters parked a large blue boat outside the Royal Courts of Justice in London, ahead of prosecutions of more than 1,000 people arrested during protests in April, with activists calling for all the cases to be dropped.