The former prime minister said he would not have signed-up to pledges from transgender party activists demanding ‘transphobic’ members are expelled. 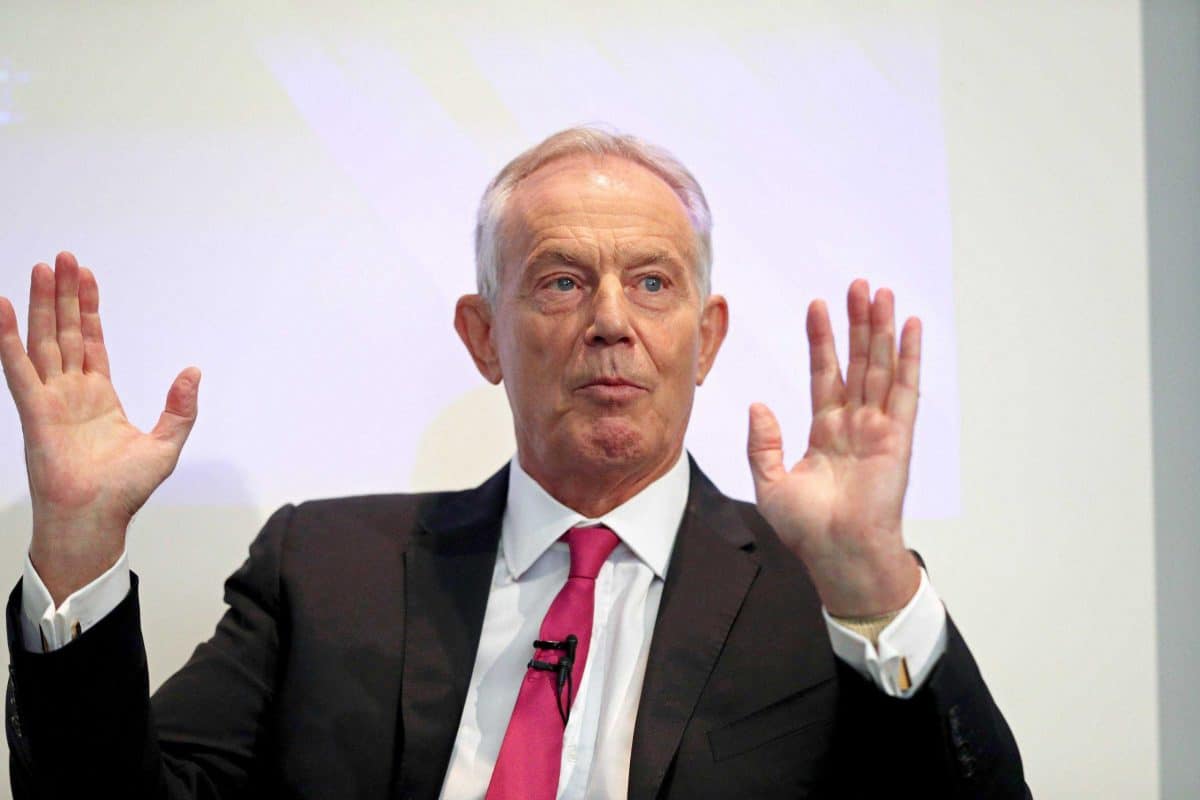 Tony Blair has urged Labour not to get into a “culture war” on trans rights after the issue split the current crop of leadership hopefuls.

The former prime minister has advised the party to avoid signing up to activist pledges on transgender rights – an issue that has dogged the three-horse race to replace Jeremy Corbyn.

“We don’t need to be fighting that culture war,” Mr Blair told an audience at King’s College London on Thursday.

“That doesn’t mean to say you don’t take the right positions on things.”

Leadership contenders shadow business secretary Rebecca Long-Bailey and backbencher Lisa Nandy have both given their backing to the controversial 12-point pledge card issued by the Labour Campaign for Trans Rights (LCTR).

The pledges have drawn criticism for demanding that members deemed to be “transphobic” are expelled from the party.

The document also describes organisations such as Woman’s Place UK, a group that calls for biological sex to be acknowledged as part of maintaining women’s rights, as a “trans-exclusionist hate group”.

Sir Keir Starmer, the shadow Brexit secretary and third contender in the leadership battle, has not said whether he backs the 12 pledges but has called for transgender rights to be seen as human rights.

Mr Blair said that, rather than signing up to pledges, Labour should instead be engaging with the formal Government consultation on whether those living as transgender should be able to self-identify.

Asked whether he would have signed the LCTR pledges, the ex-Labour leader of 13 years replied: “No, I wouldn’t.

“I think there are all sorts of difficult issues that have to be resolved, there is a proper consultation process going on. We should do it in that way.”

The 66-year-old said Labour needed to move away from a “finger-jabbing sectarian” style of politics.

“If you’re going to start trying to advocate things in a finger-jabbing sectarian way, saying ‘If you don’t sign up to what I’m saying then I’m going to disrupt your meetings and shout at you’, you’re not going to win that battle,” he added.”

“Put a whole lot of people off”

“You’re just going to put a whole lot of people off.”

Mr Blair said if Labour chose transgender rights as its “big thing” then it would lose “a kind of culture war” with those on the right of the politician spectrum, who were likely to adopt immigration as its main issue.

Boris Johnson’s Conservative Government announced this week a new points-based immigration system which is designed to make it tougher for low skilled labourers to work in the UK.

“You’ve got to distinguish between the advocacy of certain things that are right – and you can say that whether it is about gay rights, transgender rights, whatever it is,” said Mr Blair, who was in Downing Street for 10 years between 1997 and 2007.

“You’ve got to distinguish between that and launching yourself politically into a kind of culture war with the right.

“So you’re not going to advance any of the things you want to do.”

Labour’s manifesto during the December general election committed to reforming the Gender Recognition Act 2004 to introduce self-declaration for transgender people.