"Dear Eric Clapton, can you take a day off being a d***? Thank you. Your old fans," author Don Winslow said.

by Andra Maciuca
in Music, News 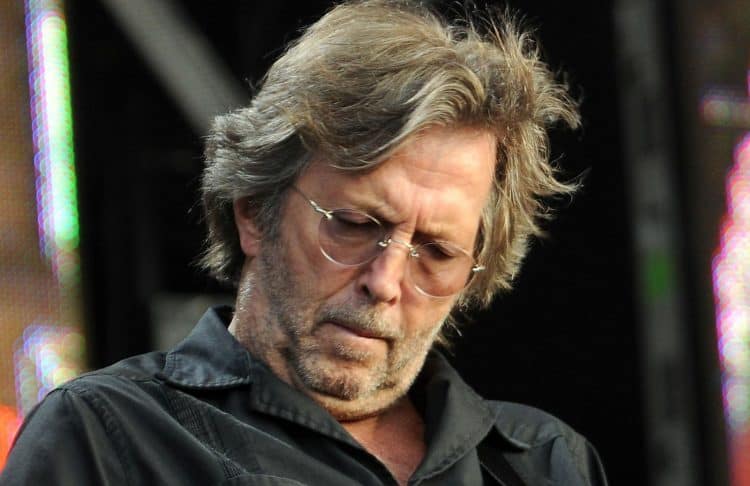 Eric Clapton has come under fire – again – after the latest controversy saw him suing a German widow for selling a bootleg live CD for £8.45.

The woman, known as Gabriele P, said she did not know listing the CD would create a case for copyright infringement, according to Deutsche Welle.

The CD posted on eBay had recordings from Clapton’s 1980s performances, and the listing was removed after a day, the woman told the court.

But the famous singer’s lawyers sent a German court an affidavit, claiming the recordings were illegal and that Clapton did not give his permission for them to be made.

In response to a letter she received, the woman told Clapton’s German legal team she objected and asked them to stop “harassing” her and contacting her.

But a court decided in Clapton’s favour and, despite the woman appealing and saying her late husband bought the disc in 1987 at a well-known department store, she lost.

The court argued it did not matter she did not buy the CD herself and asked her to pay £2,889. She was warned that she could face a fine of up to £212,353 or six months in prison if she continued listing the CD for sale.

Clapton’s manager, Michael Eaton, told The Guardian: “Germany is a country where sales of bootleg and counterfeit CDs are rife, which damages the industry and customers with poor quality and misleading recordings.

“Along with a number of other major artists and record companies, over a number of years Eric Clapton has, through German lawyers, successfully pursued hundreds of bootleg cases in the German courts under routine German copyright procedures.”

American author Don Winslow criticised the singer following the lawsuit, saying: “Dear Eric Clapton, can you take a day off being a d***? Thank you. Your old fans.”

And Brodie Hilp, who claimed she saw Clapton performing in the 70s, urged him to “act like a progressive not a conservative”, before asking him “Do you want to go back to the 1950s?”

“I still have to listen to my all-time favorite song, Layla, but why does he have to disappoint me so much?,” Diane Demo-Sadler sighed.

And Merrill Gelber continued: “I know!  I used to love him. Still love his music, not his politics. Shut up and play your guitar.”

The reactions come after, earlier this year, Queen’s Brian May labelled musician Eric Clapton “a fruitcake” because of his anti-vaccine views.

Clapton criticised vaccine passports and said he would cancel his UK tour if they were required by the venues he is set to perform in.