The heart-wrenching photos show the faded aluminum can protruding from a sheep’s mouth, as it lies on the grass in a field near Ullapool, Scottish Highlands 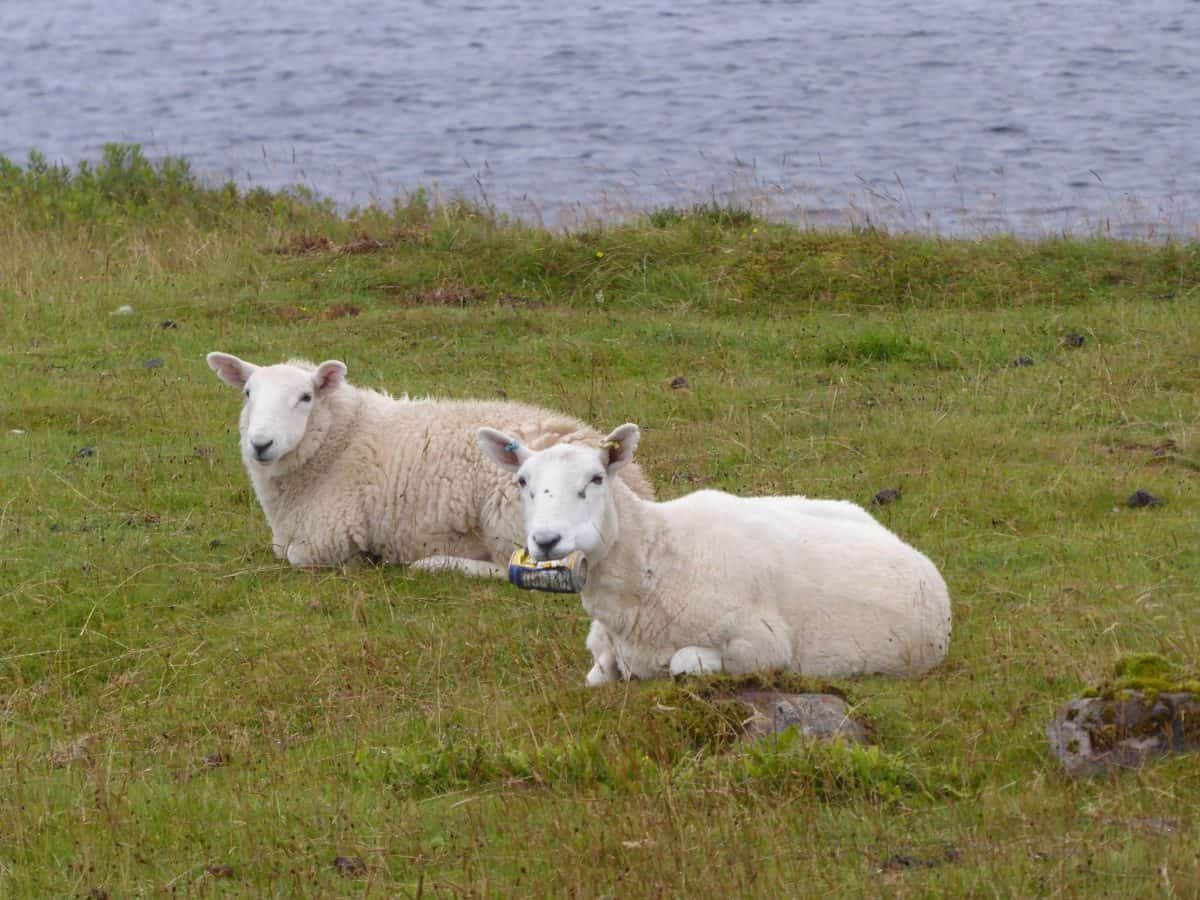 Shocking pictures show a sheep munching an old can of full-sugar Irn Bru – as ecologists warn it could have died.

The heart-wrenching photos show the faded aluminium can protruding from a sheep’s mouth, as it lay on the grass in a field in Badagyle, near Ullapool, Scottish Highlands.

The faded can appears to show a 34g sugar content on the side.

A tourist spotted the distressed animal and raised the alarm, and the sheep’s owner managed to free the can from its mouth.

But ecologists warned that animals can perish from eating discarded litter.

“It’s quite horrible. I’ve seen birds getting things jammed on, but not livestock.

“The can was lodged on its lips, it couldn’t eat or drink.

“If the can hadn’t been removed, it would have died.

“It would have been a long slow death.

“Sheep will eat anything.

“The can was quite old, it might have been there a while.

“It’s a scenic part of the world but the North Coast 500 has brought a lot of people in, and some of those passing are throwing rubbish out their cars.

“The farmer was upset – I’d seen him a few days before and we’d talked about the beach litter.”

Fortunately the sheep was unharmed.

Noel works for the Scottish Wildlife Trust and wants to make the public aware of the risks posed by discarded trash.

He added: “We want to highlight that both wildlife and livestock are at risk from litter and rubbish.

“Often the animals are left incapable of eating and drinking and can die a slow and agonising death.

“We are asking people to bin and dispose of their rubbish properly and to help pick up things that others throw away.

“Not only does rubbish make our countryside look bad but is a danger too.”