The warning was prompted by the National Trust 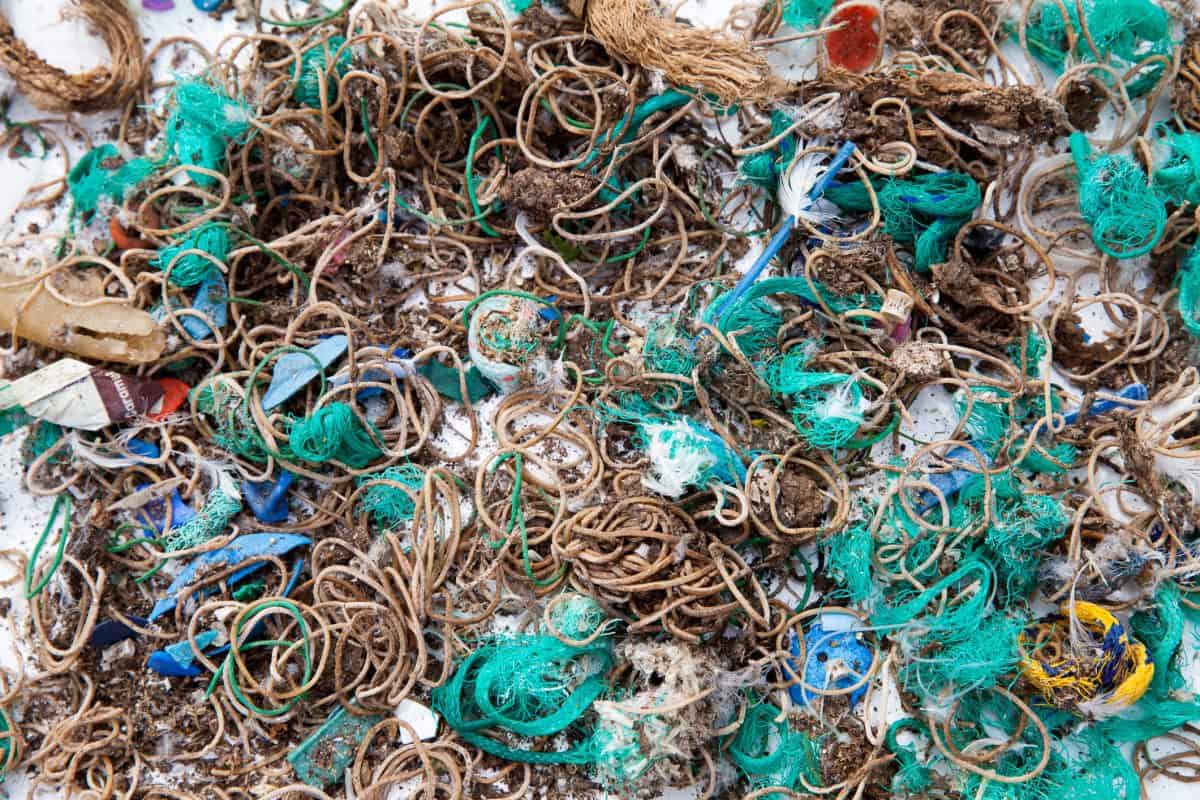 A remote uninhabited island off the British coast has been littered with thousands of elastic bands – by seabirds mistaking them for WORMS.

Rangers were initially left scratching their heads after discovering streams of coloured bands strewn across on Mullion Island.

But the National Trust believe they have been dumped there by great black-backed and herring gulls.

The Trust says they mistook the bands for food while feeding in agricultural fields on the mainland.

They then returned to the island off the Cornish coast to deposit them at roosting sites.

Experts monitoring the site say they found large numbers of tan, yellow and green bands among pellets regurgitated by the birds.

Small bundles of green fishing net and twine were also uncovered among the undigested food, likely mistaken by the gulls for tasty morsels floating on the surface of the sea.

Mark Grantham from the West Cornwall Ringing Group which discovered the bands, said: “We first noticed the bands on a monitoring visit during the breeding season and were puzzled why there were so many and how they’d got there.

“To save disturbing the nesting birds, we made a special trip over in the autumn to clear the litter. Within just an hour we’d collected thousands of bands and handfuls of fishing waste.

“The gull breeding season was disappointingly poor in 2019 and these hidden human pressures are doing nothing to help our seabirds.”

The National Trust and West Cornwall Ringing Group are continuing to work together to monitor populations of seabirds on the island, and where possible, remove debris from the nesting sites.

Rachel Holder, Area Ranger for the National Trust, said: “Ingested plastic and rubber is another factor in a long list of challenges which our gulls and other seabirds must contend with just to survive.

“Despite being noisy and boisterous and seemingly common, gulls are on the decline. They’re already struggling with changes to fish populations and disturbance to nesting sites – and eating elastic bands and fishing waste does nothing to ease their plight.

“Places like Mullion Island should be sanctuaries for our seabirds, so it’s distressing to see them become victims of human activity.”

Mullion Island is a small, rocky outpost off the Lizard Peninsula, cared for by the National Trust, that provides a sanctuary for nesting seabirds including great black-backed gulls – the largest species of gull in the world – herring gulls, cormorants and shags.

Despite public access to the isolated site being forbidden, the effects of human influence are increasingly evident.

The elastic bands are believed to have come from nearby horticultural fields, where they are used to tie together bunches of cut flowers.

One gull was found to have died after becoming caught in a 10cm fishing hook.

The Trust is calling on businesses to consider how they dispose of plastic, latex and other materials that could cause harm to wildlife.

Lizzy Carlyle, Head of Environmental Practices at the National Trust, said: “Single-use materials are having an alarming impact on our country’s most remote places. It’s up to all of us to take responsibility for how we use and dispose of these items – whether we’re producers or consumers.”