The singer helped to serve teas and coffees to people staying at a homeless shelter which gives people somewhere to stay over the festive period. 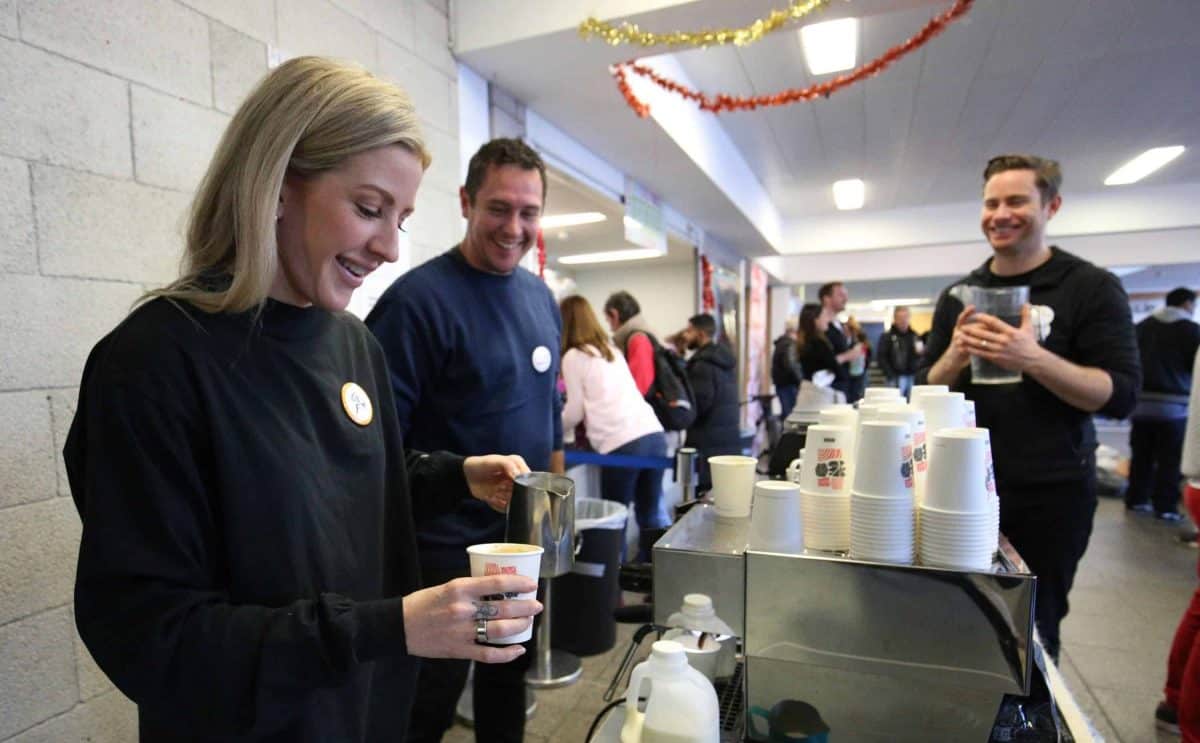 Singer Ellie Goulding has said that problems with homelessness in the UK are getting worse as she volunteered at a centre which provides shelter over Christmas.

More could be done to help those who do not have access to permanent housing, she said, after helping to serve teas and coffees to people staying at the temporary facility.

When asked whether the situation facing the homeless had changed since she began working with the charity Crisis more than six years ago, Goulding said that things had got “unfortunately worse”.

She told the PA news agency: “Not much has got better in the way of homelessness.

“There hasn’t really been an improvement.

“As a whole, we haven’t seen a big enough difference.”

She added: “There’s an increase in sofa surfing, which as you know isn’t necessarily people on the street but people just with no fixed accommodation and having to move between places.”

Goulding was volunteering at a centre which was set up by Crisis.

More than 4,500 people are expected to make use of the charity’s shelters in cities across the UK over the festive period.

Guests at the centres, which are run by more than 12,000 volunteers during the week of Christmas, receive three hot meals a day, healthcare and advice on housing and finance.

Goulding added that Christmas “is a particularly vulnerable time for a lot of people”.

“Most people are with their families and going to parties and doing all that stuff.

“It is great at Christmas time that people can come in and have a nice Christmas dinner and chat and meet people, or not, and just have their own space, so it is kind of perfect.”

She added that the service “restores my faith in humanity”.

Doors are opening at our centres with guests & volunteers all checking in . We’re open all week so there’s still time to reserve a place for a homeless person. You will give them a great Christmas and hopefully start them on moving out of homelessness. https://t.co/bj3jf25MNz pic.twitter.com/43cnxXrCns

David MacGille-Mhuire, 64, used the shelter last year after returning to the UK from Japan, where he had been working as a teacher for many years.

He was unable to work or access support after waiting more than seven months to get a National Insurance number after being out of the country for so long, he said.

“I was really up the River Thames without a paddle, if you like,” he said.

“Because of Crisis, I’m now in Birmingham, I’ve got my own place and I’m hoping this year to move either into council housing or social housing of some kind and hopefully start teaching again.”

He said he met former lawyers, judges, journalists and people “right across the social spectrum” while he was staying in the shelter last year.

The service is a “lifeline for a lot of people”, he added.